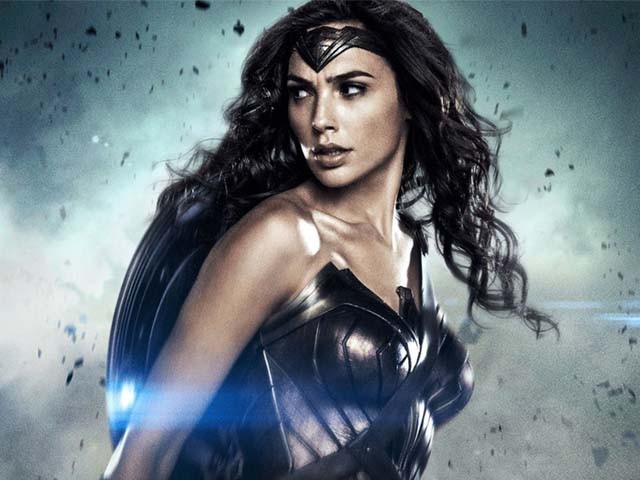 Another month and yet another superhero movie hits the theaters. Okay, another superheroine movie if you are hell-bent on being such a pedant. Oh and by the way,Gal Gadot, this larger-than-life female character, is a former Israel Defense Force (IDF) officer.

Well for starters, we as a nation have this strong aversion to all things Isareli, and secondly, one of our brotherly Muslim state Lebanon has banned the screening of Wonder Woman on accounts of Gadot serving time in the Israeli military, who lest we forget are responsible for the crime of apartheid against the Palestinian people.

Okay now just to be absolutely clear, I definitely recognise and appreciate the gesture of showing solidarity with our oppressed Palestinian brothers, but I would still maintain that art shouldn’t really be confined within the boundaries of race, colour, creed or nationality. There is a lot one might add to this debate, but before we delve too deep into the politics of entertainment in this particular case, let’s shift our attention to the real issue at hand of judging this piece of art on its cinematic merit.

There are only a handful of superhero flicks that have scored more than 90% on Rotten Tomato – a super  popular movie/television review aggregator website – and Wonder Woman is part of this hallowed company . In other words, with the current rating of 93%, it is just a solitary per cent down from The Dark Knight, arguably one of the best movies from this particular genre. Let that sink in for a moment, the fact that Wonder Woman is, according to critics, as good as genre greats such as Deadpool, Iron Man, X-Men: Days of Future and the very recent Logan.

Well if you ask me, I would say either all of these media hacks have gone complete cuckoo or DC Films has just plain bought them out, period. There is possibly no other explanation that can clarify Wonder Woman being so highly rated by these movie critics.

Wonder Woman begins by narrating the superheroine’s origin story. Set in 1918, at the height of World War I, Diana (Gadot), the demigod daughter of the immortal Zeus is being raised on the idyllic Themyscira, an island populated exclusively by warrior Amazonian women. Growing up there, she is also being battle-hardened for an anticipated clash with Ares, the God of War, under the tutelage of her militant aunt, Antiope (Robin Wright).

The plot then shifts a gear with the crash-landing of American intelligence officer, Steve Trevor (Chris Pine) near Diana’s home. After learning about the horrors of the war from him, and sensing Ares’s influence behind all of the carnage, our female protagonist embarks on a journey which first takes her to London and then the fighting trenches to tackle the God of War in order to bring eternal peace to the planet.

Apart from being a Captain America first Avenger wannabe with the whole period setting trick, there is nothing else to the movie which sets it apart from any of your run-of-the-mill superhero movies. There is absolutely no drama because your heroine is indestructibly infallible. You could have the love interest trope as something that is mortal, but that would not work out if the character is not fully developed as the audience would not be emotionally invested in his/her fate – something that Wonder Woman is guilty of. Add the aforementioned to the awkward love story and the hyper-feminist overtones, the whole fare then ends up being a farce.

Okay, giving credit where credit is due, Wonder Woman is better than DC Comics Extended Universe (DCEU) first three installments. But that would be damning it with faint praise since they were either suffocatingly serious (Man of Steel, Batman v Superman) or strikingly silly (Suicide Squad).

The tone is just plain strange. It has moments of being all gritty and moody as the other DC films, but then there are completely random instances of levity – desperate shots at mimicking the Marvel production style – which just completely throw you off.

The CGI effects and the action set-pieces are middling while the villains are nondescript; so much so that there are times that you are completely oblivious to their existence.

Since 2013, DCEU has been trying desperately hard to get this particular franchise off the ground. The first three, while earning respectable numbers at the box office, were all a critical failure. So it must be a relief for DC films to have a critical success, whatever the means were, under their belt.

But the real bad news for people like myself – neither a fanboy nor a feminist – is that with all these ringing endorsements, they will now continue on making such brain-numbing mediocrities.