Before boycotting Khaadi and fruit vendors, get your consumerism habits in order 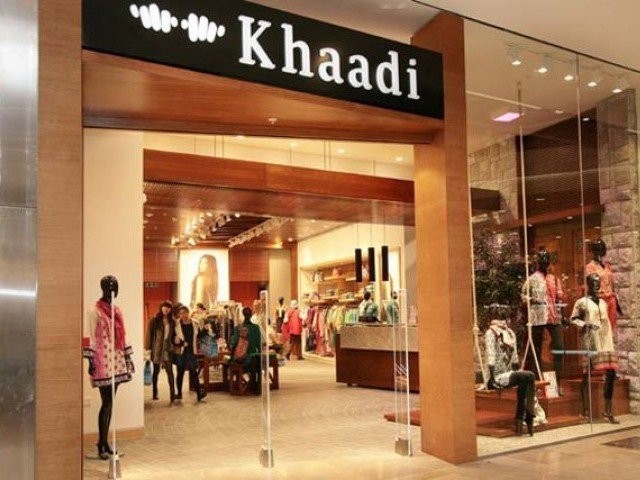 Demonstrations were held in Karachi and Lahore by the workers and activists. PHOTO: KHAADI

I am often left speechless when asked to name a superstar from Pakistan who is unconditionally loved by the majority. I can’t think of a name like Shah Rukh Khan, whom people from around the globe would be familiar with even if they didn’t watch Bollywood movies.

Surely, Pakistan has produced some of the best musicians, artists, cricketers and authors. There is no dearth of talent in our country. Then what is it that compels us to hate on people like Malala Yousafzai when the whole world is recognising her sacrifices and bravery?

We as a nation excel in providing mob justice, witch-hunting and jumping to conclusions. And while we are at it, we also ensure that no one succeeds beyond where we want/expect them to be. God forbid, if someone is able to achieve something noteworthy, we do whatever is in our power to bring down the undeserving person/organisation.

The latest subjects of this witch-hunt seem to be Khaadi and Waqar Zaka. Let me clarify, I have never owned a single outfit by Khaadi (not brand conscious at all) and people like Waqar Zaka are just not my cup of tea. If anything, I do remember laughing at his expense in the past. I know better now, so I deliberately don’t share jokes targeting people like Meera, Taher Shah and Nasir Khanjan. If anything, I admire their resilience and secretly envy their confidence. Like all of us, they make mistakes and being in the public eye means their mistakes are almost never forgotten.

However, be it Twitter or Facebook, people are always on the hunt for finding a new enemy every day. These passive keyboard warriors spread information faster than the speed of light, without listening to both sides of the story, and sometimes without any verification.

I was recently disappointed to see that the very people who spend hundreds of thousands on international brands, which have been openly called out for unethical practices, were bashing a local brand for HR mismanagement. In no way am I defending the brand in question. Surely, there is always room for improvement in everything.

However, I think anyone who is bothered by unethical practices of corporations should immediately start avoiding chocolate or coffee, buying shoes or clothes from all big brands, buying mobile phone brands which use conflict minerals, anything which is produced using palm oil or perhaps even buying locally weaved rugs (yes, approximately 75% of Pakistan’s carpet weavers are girls under 14).

Also, it’s amazing to see some ‘micro-bloggers’ (yes everyone is a blogger these days) brutally targeting Khaadi and hijacking their hashtag while they gladly promote multinationals in the hopes of a few free goodies. These holier than thou, socially responsible Twitterati will jump onto any bandwagon for a few thousand rupees as well (and here we thought new media was free and forthright) without questioning the agenda of the organisations/brands. Then why the hullabaloo and false pretense of hating consumerism on which you feed and which feeds on you?

Justice for #Khaadi workers who were fired in violation of labour laws. I'm boycotting Khaadi, r u? #BoycottKhaadi pic.twitter.com/iwwZxNtVRi

Very sad to see, big brands like #khaadi, doing such inhuman acts to its employees https://t.co/OmzCHVJB1k

Embarrassed & ashamed of the fact that I'm wearing #Khaadi rn while learning about the horrible working conditions at their factories.

Someone outside Khaadi handed this to me. pic.twitter.com/agQM2KlH6k

Let me remind you, I am not asking you to not call a spade a spade but do speculate. I, for instance, wonder why just Khaadi? While we are condemning one wrong practice, why aren’t we asking questions about the workers in other textile mills? Why aren’t the workers across the industry taking this golden opportunity to take to the streets and demanding justice everywhere? Why don’t we have a conclusive decision about the culprits of Baldia Town factory blaze in which hundreds of people perished? I want to know why hasn’t anyone learned any lessons and why do we still hear about incidents like Bhangoria Goth factory fire where two workers jumped off the third floor of a factory to escape the blaze?

No doubt there is a dire need to challenge and change workplace practices, governance and laws across the board in Pakistan. Honestly, very few organisations have properly functioning human resource departments. Also, bringing this massive change might take several years and a lot of effort. However, we can begin the change now, within ourselves, by challenging consumerism and avoiding hypocrisy.

Try and buy what you need and not what you want. Don’t complain about these issues if you are just going to comfortably sit in your air-conditioned room and sip on a cup of tea that your 11-year-old maid has served. Don’t be a dolt by spending most of your income on dining out at fancy restaurants and buying ridiculously expensive clothes while delaying your driver’s salary. Don’t waste food by cooking more than you can eat while giving last night’s leftovers to your servants. And lastly, don’t just boycott small vendors and condemn local trendsetters but actually make a difference by analysing each of your personal action.