Pakistan vs India: Shoaib Akhtar must play in the semi-final 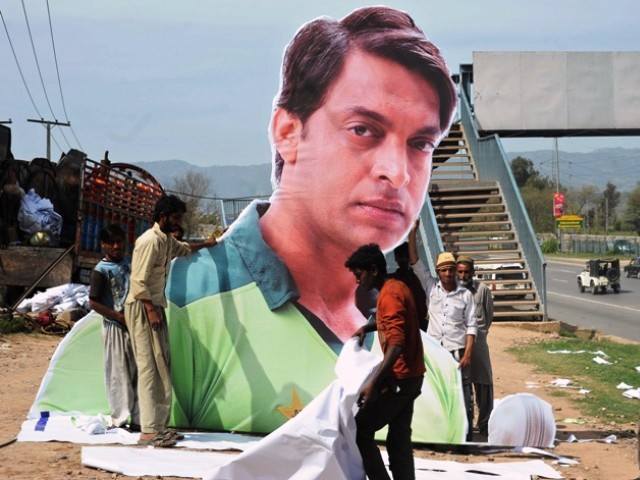 It was easily one of the most one-sided encounters, in all world cups, as Pakistan thrashed West Indies by 10 wickets to reach the semi-finals for the sixth time in the tournament’s history.

The Shere Bangla National Stadium, where Bangladesh were crushed by 10 wickets earlier by the West Indies, now stood up to applaud Pakistan avenge their defeat by the same opposition. It was too easy a win. West Indies batsmen fell like ninepins and Pakistan openers seemed to be in a hurry to knock off the meager total. But there’s still a lot to learn. Yes, it was a near-flawless win but I say near because there’s need for improvement.

It does sound like a cliché now but fielding needs to improve. There might be a lot of hard work in the training sessions but there were still lapses. In crunch matches, under-pressure situations and against high-quality oppositions, a minor mistake means you go back and pack your bags for Pakistan.

The other thing that I feel that needs to be done is to recall fast-bowler Shoaib Akhtar in the playing-eleven. He has warmed the benches for the last two games and I don’t see any reason for the experienced campaigner to sit out. Wahab Riaz may be good but in pressure situations, let’s say 50 required off five overs, Akhtar is the man a captain would hand the ball to.

He has the ability to demolish the opposition, single-handedly, and while Umar Gul may be doing well with the new ball, pressure needs to be applied from both ends in a situation like that. India will be our next opposition and Akhtar is the man who should be unleashed on them. Not Mohammad Hafeez or Riaz.

Hafeez has finally delivered, after being persisted with too much, but his bowling and wickets are always a bonus. Not an expectation. One mistake, however, was the inclusion of Saeed Ajmal. The off-spinner was thrown in the quarter-final and while the move didn’t backfire – given West Indies’ vulnerability against spin – it was a gamble. It paid off but should’ve happened earlier.

But now that the spinner took two wickets, his confidence would have rocketed and in the semi-final, he should be continued with.

Gul has done well with the new ball and Akhtar’s absence has done him wonders. His bowling at the death is still the key in a close game but I do feel that Riaz is not the ideal replacement for Akhtar in One-Day Internationals. Riaz’s run-up and huge strides to the bowling mark need to be worked on. When you take big steps, you’re tipping towards imbalance and that can hurt line and length.

This is not take away any credit for a wonderful performance by Pakistan. Let’s not take credit away from the captain Shahid Afridi or the team management. With a young side, they have done well. Good luck to them for the semis.

A former Test fast-bowler for the Pakistan cricket team.

Education will be the solution to all our cricketing woes

Mistakes will not go unpunished now