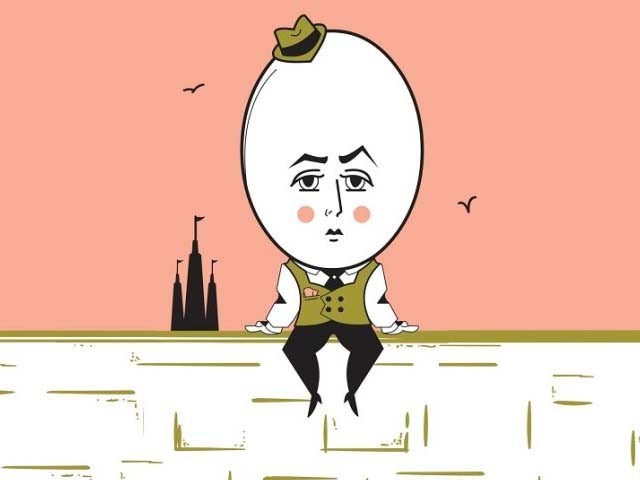 The feeling of panic, and consequently the desire to run back home only grew as I waddled out to meet my band of nervous classmates who were gathered around our ski instructor. PHOTO: CRAFTHUBS

People believe falling makes you stronger. These people were clearly never witness to the Great Ski Hazard of 2002.

I grew up in Canada. When I was in the fourth grade, my school had the bright idea to take a bunch of clueless, over-excited nine-year-olds on a ski trip. Naturally, I was ecstatic. At the time, I never thought twice about slipping and sliding down snow-covered hills with two measly pieces of wood stuck on my feet. I didn’t grasp just how daunting the prospect of skiing would be until I stepped off the bus at the resort. I remember my stomach twisting and my throat going dry as I saw the chairlift scooping up tiny dots of humans and depositing them on unsteady footing at the tops of hills.

The feeling of panic, and consequently the desire to run back home, only grew as I waddled out to meet my band of nervous classmates who were gathered around our ski instructor. There were a series of small lessons and tests we had to clear before we were allowed near the bigger hills. The final test was to ski through a series of zigzagging flags down one of the smaller but steeper hills.

I managed to make my way to the top of the hill without too much fuss but it took one glance at the task before me for me to slip my skis off, tuck them under my arm and announce defeat to my classmates before I began trudging downhill with a comfortable sense of security.

Halfway down the hill, things started to look a lot less scary. I stopped and looked around. There were parents who were skiing carefully alongside kids, a group of boys from my school racing each other to the bottom of the hill, and a number of people skiing slowly and luxuriously with such confidence it made me want to join them. I decided that if I acted quickly, I could blend in with them and ski the rest of the way down. I managed to slip my skies back on without fuss and by the time I straightened up, I was exhaling confidence in my abilities to ski downhill from my current vantage point.

Lo and behold, I fell down just before I was about to touch the ground. I don’t remember how it happened, only that one second I was feeling elated as I swooshed my way downhill, and the next I had fallen like Humpty Dumpty and was buried face down in a fat cushion of snow.

A few of my friends saw me flailing as I tried to get up and came to help. But I resisted their offering of hands, choosing instead to push myself to my feet and salvage what was left of my pride. Our teachers and instructors were all at the top of the hill, oblivious to my fall and I wanted to keep it that way. My cheeks were burning, both from the cold and the embarrassment. I slipped out of my skis for the final time, pushed my goggles to the top of my head and started towards the cafeteria for some hot chocolate.

This all happened in the span of a few minutes, but it felt long enough and momentous enough for me to still remember it so clearly 14 years later. I don’t think I’m any stronger because I fell down that day, nor had I felt particularly tough spending the rest of that afternoon huddled in the hut with my friends and lots of comfort food. In fact, that ski trip remains in my memory as a moment in time when I admitted defeat not once, but twice in one day and where all my attempts at attempting something new and exciting had failed.

But despite my fall, I had still gotten up. And that is where the real accomplishment lies.

Sometimes, there are great expectations to learn something substantial from mistakes, to grow into a stronger, smarter person that simply moving past shortfalls or indeed downfalls like the Great Ski Hazard of 2002, are overlooked.

If falling and failing made everyone tougher, the human race would be invincible by now.

The author is a recent graduate of IBA with a degree in Social Sciences and Liberal Arts. She is an aspiring novelist with a keen interest in media, psychology, and anthropology. She tweets @misalshujjat

The midwife of Delhi