After the embarrassing treatment meted by the Saudis, is it time for “Go Nawaz Go”? 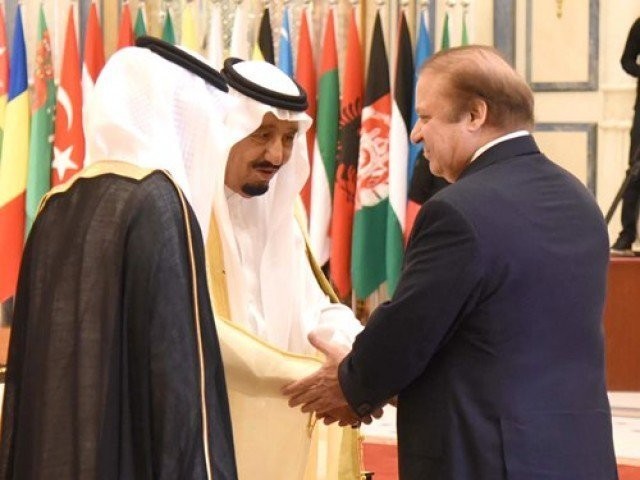 Pakistan has suffered yet another excruciating defeat on an international platform. With the recent verdict of the International Court of Justice (ICJ), Pakistan could not have dealt with a more severe blow than the humiliating treatment shown by the Saudis at the Arab-American-Islamic Summit.

Why? Because apparently we have an incompetent, self-serving, corrupt man serving as our prime minister. Though matters have gotten worse after his first two terms, we keep making the same mistake by electing him over and over again.

There was a time when the top office holders of our state received warm welcomes no matter where they went. When Ayub Khan visited Saudi Arabia in 1960, he was welcomed personally by the king of Saudi Arabia himself and the grandiosity of Saudi hospitality paralleled the one enjoyed by Donald Trump on his recent visit.

Whereas Nawaz Sharif, the head of the sole Islamic nuclear power, carried out a walk of shame the moment he stepped off his plane. The only thing missing was Septa Unella from the famous Games of Thrones scene, chanting ‘shame’ alongside Cersie Lannister.

When Nawaz was received by a person of the lowest status from the ranks, the governor of Riyadh, our respect as a nation was diminished to nothing in a single moment. Since he didn’t receive the protocol befitting the head of a strategically important Islamic state, the rest of the trip was bound to end with downright embarrassment, which it did.

Nawaz wasn’t even allowed to make a speech as promised, something he had reportedly prepared for days before arriving. Nawaz was also absent during Trump’s gathering with Salman bin Abdulaziz al Saud, the Saudi king and the president of Egypt, Abdel Fattah el Sisi (where the famous globe picture was taken). Trollers aptly challenged others to identify Nawaz in the massive crowd gathered around the three heads of states (he was that far behind). 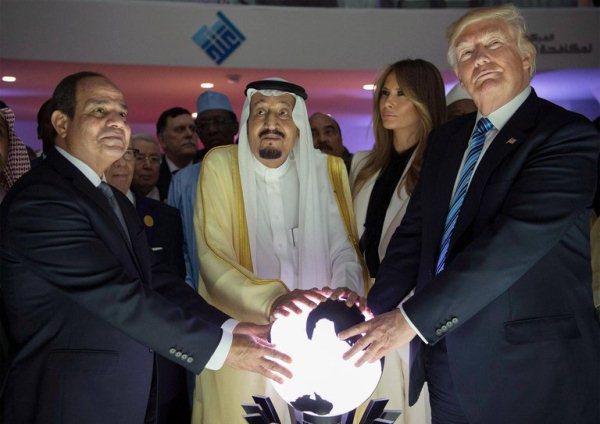 Nawaz’s presence went largely unnoticed, with him spending most of the time in what can only be termed as a forced oblivion right from the very beginning. We as a nation could never have fathomed that one day we would face this kind of disgrace at the hands of a country we termed as our ‘brotherly’ state.

The final nail in the coffin was perhaps the fact that India received a special mention as a victim of terrorism while Pakistan – the actual victim of terrorism and the front line state fighting the war on terror for the past decade, having sacrificed no less than 70,000 of its citizens – was disregarded completely.

A barrage of questions remains unanswered.

Why did Nawaz opt for the visit when this treatment was already anticipated? Most leaders would have saved their country from becoming a laughing stock by cancelling. Was it then, a lapse of judgment on his part? Or he knew the risks but decided to go anyway?

This has happened on previous occasions as well,for instance when he went to China and the US. Besides this, his lack of perception reached new heights when he decided to go to the ICJ as well, despite warnings that the court would be rigged in India’s favour.

Such is the sad state of affairs of our country that the Pakistan Muslim League-Nawaz (PML-N) leaders found a silver lining from this visit – the fact that President Trump warmly shook hands with Nawaz for a brief moment. After Nawaz tossed millions of taxpayers’ money down the drain, we are supposed to find consolation from this absolute disaster of a trip in a routine handshake.

According to their logic, we should celebrate since the sole objective that Nawaz went to achieve in Saudi Arabia has been achieved – a handshake with our undeclared master. From now on, the need for signing agreements, making policy statements, and advancing the state’s interests must end while the premier is on a foreign visit, and instead we should simply rely on a handshake and it’ll be a job well done!

In his own country, Nawaz enjoys a massive protocol comprising hundreds of vehicles, an army of elite police personnel accompanying him for his security instead of doing their real job – securing the public. Moreover, traffic signals are also closed when he passes by a certain road. Before his arrival at an event or even at a hospital, the whole place is banished for the commoners reminiscing the long-gone era of the Mughal kings. Tragically, the same Nawaz who leads a lavish lifestyle at the expense of his poverty ridden people was treated shabbily upon his visit to the kingdom.

Saudis have a certain mentality when it comes to politics. Their respect is reserved solely for the ones that either share a family bond with them or have greater wealth and military power than them. Nawaz certainly isn’t related to them, he doesn’t impress them with his wealth, and as far as the military is concerned, the Saudi’s already got what they wanted – the appointment of the former army chief as the leader of the military alliance.

Nawaz has long served his potential for the Saudis and now holds no worth in their eyes. A deep-rooted reason for the Saudis’ apathy for him also stems from the history they share together. Having lost most of his credibility during his days as a political prisoner in the refuge of the royal Saudi family, the Panamagate scandal robbed Nawaz of whatever little credibility was left.

What did he expect anyway, that a former political prisoner would be treated as an honourable guest in the very country that hosted him as a refugee? Moreover, the presence of a corrupt politician only brought embarrassment to the participants of the Saudi Summit – another major reason behind the whole debacle.

After getting his address axed and sitting in the back of the 55-member conference, Nawaz must have wondered whether Imran Khan was right when he said,

“Beggar nations do not get respected.”

If Nawaz had been smart, this event would have proved to be the last straw. This incident should have forced him to resign so that someone capable could do the job.

However, if Nawaz cares in the least about his voters and the nation in general, the least he can do is apologise because this time, his ineptness has gone too far.