Ethnic divides, an end to the Quaid’s vision 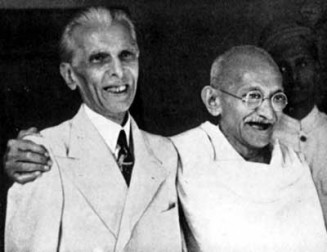 'I often witnessed Indians and Pakistanis on close terms, sharing a house, dining out together or indulging in friendly banter'

The antagonism which spawns divisions along ethnic, religious and ideological lines is a scourge which has been rampant in the world since time immemorial. It has been a cause of great unrest and a precursor of grave injustices committed.  The prevalence of this phenomenon is no different in our part of the world. I often see myself holding my head in frustration over the incessant bashing of Hindus, Jews and other cultural groupings. The barrage of spitefulness targets innumerable facets ranging from physical appearance to a given belief system. A rationale for this mudslinging appears to connote a pompous conception of possessing a culture and nationality superior to others.  So deep seated is the prejudice that the fact that one has no control over which background one is born into, is lost on the hate mongers.

Fierce indignation is expressed on the en-masse stigmatisation of Muslims in segments of the Western population. The irony is that numerous among those who resent this ideology unabashedly engage in the same modus operandi of stereotyping other nationalities.  It is rather unfortunate that institutions whose primary responsibility is to nurture a humane sensibility end up doing just the opposite. The spewing of venomous intolerance which takes place within families and schools has a severely damaging impact on the psyche of children. What climaxes is a propagation of generations who are wary of those who constitute a different cultural background. In an age of militancy this makes youngsters especially vulnerable to the tentacles of indoctrination.

Plurality is a stark reality in today’s world. With the advent of globalisation, interacting with different nationalities has become imperative.  The possibility of reconciliation between various cultural factions isn’t just an idealistic notion. History has shown that national crises have attracted aid from various quarters of the world from members of different casts, creeds and religions. Whether it was the 2004 Tsunami or the 2005 Earthquake in Pakistan, people transcended their differences and forthwith united under a common umbrella.  Empathy was directed towards others on purely humanitarian grounds.

My personal experience of befriending members of different nationalities took place at college in England. What constitutes as virtually impossible in the minds of our numerous Pakistani comrades, that is the possibility of Muslims being friends with Hindus or Jews, took place and how. I often witnessed Indians and Pakistanis on close terms, sharing a house, dining out together or indulging in friendly banter. This was due to their ability to find common grounds beyond the pillars of nationality and religion.

A grave mistake is often committed in blurring the line between policies of governments and views held the general public. There is a tendency amongst many to focus anti-US sentiments on the entire American population and similarly objections of the Israeli government’s actions on all Jewish people. An ignorance of the fact that not all Americans or Israelis support their government’s actions is perhaps a cause of this generalisation. In this regard, people tend to overlook the work of organisations such as the ‘Jews for Justice’ which lobby against the Israeli government.

Cultural differentiation is instrumental in either inducing hatred whose painful price we are paying in the tragic loss of lives of our countrymen or leading to cultural enrichment and pluralism. Promoting a warped conception of nationalism by demonizing other nationalities is nothing short of damaging. Friendly overtures towards other cultures on the other hand, especially conducted on an international level can benefit all countries economically and politically.  Nations can thereafter capitalise on the assets of engaging in a symbiotic relationship of mutual benefit.

It was Quaid-e-Azam’s vision to have a tolerant Pakistan where different socio-cultural groupings could co exist peacefully. That vision if realized would perhaps lead to a more stable and peaceful Pakistan with a strong national identity and a foreign policy conducive to economic growth.