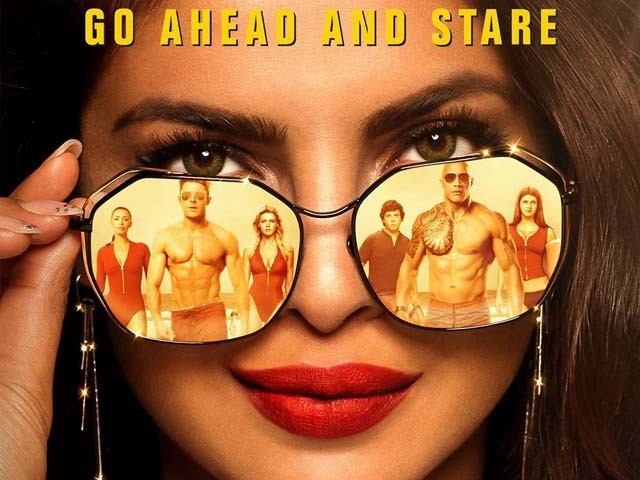 Is bikini politics that is often perpetuated with the help of women who have been inducted into patriarchy, a way to penalise femininity in a culture where masculinity is revered? PHOTO: TWITTER

I was in ninth standard, and my mother had decided we would get cable only after my 10th standard board exams. Also, parents in general did not want teenagers to watch a lot of shows on cable TV back then to curb “western” influence.

I watched Baywatch at a friend’s place during a sleepover. Her parents were next door attending a jagrata (Hindu ritual) and were under the impression that Arti and I were working on a Biology project sticking rotten flowers, dried leaves and dead insects in our scrapbook.

We had turned off all the lights and watched the show with the family’s housekeeper Phoolmati, a 74-year-old jovial granny with maybe six teeth and a cataract problem.

She wasn’t the least bit scandalised by the show of skin and remarked, “Gareeb ke paas na roti hoti hai na kapda,” (The poor don’t have food or clothes) to explain the half-naked and unusually slender frames of the life guards.

But Arti and I were too busy enjoying our guilty pleasure.

It’s not like I had never worn a swimsuit. I had taken swimming lessons in school back when I was 10, but always worn a conservative one piece. In fact, other girls in my class would sport even more conservative styles with long sleeves and a skirt like frill that covered the bottom. I had only seen bikinis in Hollywood movies that I always watched under parental supervision.

Scenes showing bikinis, kissing and sex were always fast forwarded. Before Baywatch, our only outlet was the library where we would hide and read Archie Comics between the pages of ‘The Hound of Baskervilles’ or ‘The Invisible Man’. I longed to enjoy a day at the beach with my friends wearing a yellow or blue bikini like Betty and Veronica.

In fact, one of the best things about hitting puberty was sprouting breasts. I went swimwear shopping with my friends shortly after I turned 15. We were planning to spend a day at Madh Island. And that’s when I was introduced to bikini politics.

We were all excited and tried on every single pair we could when killjoy Kiran reminded us,

“Remember our parents will never actually allow us to wear a bikini.”

Pooja who was afraid of pretty much everything and everyone in the world added,

“Yes. My mother says only characterless girls wear such clothes. Also, it attracts the wrong kind of attention.”

Her words had an ominous ring to them. Those of us still harbouring any hope of sporting a bikini had our self-esteems crushed by Monica. She was a year older and the only one in our group to have kissed a guy (the guitar player David who had green eyes and perfect teeth). We basically looked up to her as the Queen Bee, but she was one mean girl.

“Tara, you have a paunch. Sheetal, you are too hairy. Nidhi, you have visible stretch marks and Deborah, you have a flat ass! None of you has a body that can carry a bikini,” she thundered.

Our souls crushed, many of us left the store crying and the picnic was cancelled.

But the judgement did not stop. As I grew older, I realised a woman who sports any kind of swim wear will always be judged. You will either be body-shamed or slut-shamed if you covered too less. If you covered too much, you will be labelled as someone who is “oppressed by patriarchy” as experienced by several women sporting burkinis in France. As a feminist, I have always wondered why a piece of clothing, one that has a specific function, attracted so much attention. Nobody raises any objection to men wearing Bermuda shorts?

In fact, I’m sure everyone who has ever visited Calangute has been greeted by the sight of a bean bag shaped man in Amul Machos alongside a shalwar kameez-clad new bride sporting red and white chudas. Sometimes the man will invite the woman to join him in the water, but she will dutifully refuse and enjoy just about dipping her toes in waves that periodically kiss the shore. At another end you would spot a bunch of boys secretly filming or photographing white women tourists.

It’s not like Indian women don’t want to sport bikinis or any other kind of beachwear. But social pressure, unrealistic beauty ideals and the male gaze prove to be strong deterrents.

What is it that makes a bikini obscene?

Is the female form considered vulgar in our culture? Is the swell of our breasts and curve of our buttocks so offensive that we urge women to hide their bodies under reams of loose fitting fabric?

Is bikini politics that is often perpetuated with the help of women who have been inducted into patriarchy, a way to penalise femininity in a culture where masculinity is revered?

Will Priyanka Chopra’s Baywatch help normalise swimsuits for us desi girls? Or will yet another generation grow up enjoying guilty pleasures when parents are away attending jagratas?

The writer is a freelance writer and journalist. She writes about feminism, sexuality and culture. She tweets @GreyFrost

Dear Pakistan, I know our history is complicated, but our friendship is greater. Love, India