Is Antonio Conte the reason behind Chelsea’s success? 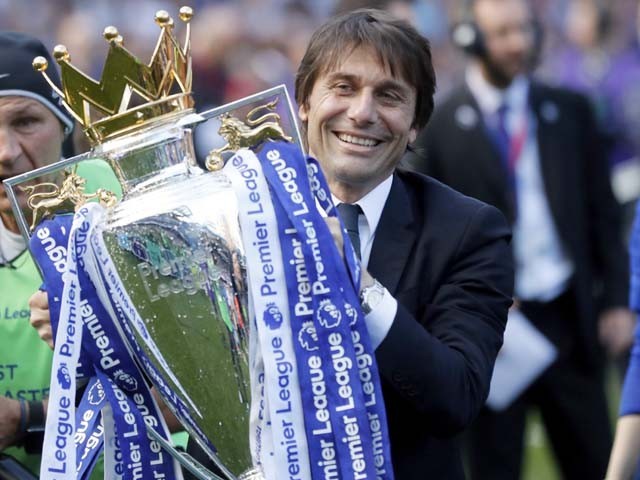 Fans had enormous expectations as the 2016 football season started since they knew the Premier League would be featuring some of the world’s best managers. The league would prove to be a battlefield with the likes of Pep Guardiola and José Mourhino fighting for the title.

The summer transfer window was filled with rumours and signings that broke record after record. It’s safe to say it lived up to expectations with no money spared to improve the two Manchester squads.

As the season took off, Guardiola showed the world why he is the most sought after manager. Manchester City went on to win their first 10 matches in all of the competitions. Mourinho on the other hand, was doing okay with nothing to brag about at that point, but with great transfer windows available, they were expected to catch up as Manchester United had a footballing genius calling the shots.

Two months into the league and it was as if City had already bagged the title. Amongst all this hustle and star power of the aforementioned managers, one man was neglected, a man who is now the champion of England; Antonio Conte.

Conte took over Chelsea after a terrible defence of last season’s title and finishing at 10th position, which ended up in Mourinho being sacked from his managerial position. Nothing extraordinary was expected as the team was mentally broken and to be honest, an Italian was managing an English team for the first time, so nobody had their hopes up.

Chelsea started with three consecutive wins after which they ran into a series of losses and draws. It was expected that the manager would be out of Stamford Bridge before he would be able to even start his managerial career.

With all odds stacked against him, he changed the formation which has never been too successful, but this was not the case this time around. Chelsea went on a record equalling a 13-match winning streak, which consolidated their position as a worthy contender for the title, something that was not expected by their rivals, or their fans. In around four months’ time the Italian maestro took over the English league with a storm.

Chelsea players celebrate victory after the English Premier League match between West Bromwich Albion and Chelsea at The Hawthorns stadium in West Bromwich, west Midlands on May 12, 2017. Photo: AFP

Chelsea was ranked at the top of the table four months into the league, and would not settle for anything less. As the season unraveled, Conte perfected the English side in a manner which left the footballing world in awe.

As the league stands now, Chelsea has one more game to go and are already thte champions of England. It is safe to say the manager had a great influence on the team’s success. He managed to transform a team that was willing to just qualify for the Champions league and turned them into the leading side in probably one of the best leagues in the world, if not the best. Chelsea is on the brink of securing a double this season, and if they manage to do so, it’ll surely be a season to remember and a great farewell for the departing Chelsea captain, John Terry.

Chelsea is the new boy on the block and under Conte they look forward to dominate the English league in the coming years. It’s a little too early to say whether this is the start of a new era for Chelsea, but the passion and class shown by the manager cannot be ruled out. He has surely earned the name Don Conte and may end up becoming one of the greatest managers to walk on the football field.

Final year medical Student and a writer by choice. I'm a Sports enthusiast and have a special liking towards Football and Tennis. Sports and Politics is something I follow and I'm passionate about sharing my views.