Japan: Where are our manners? 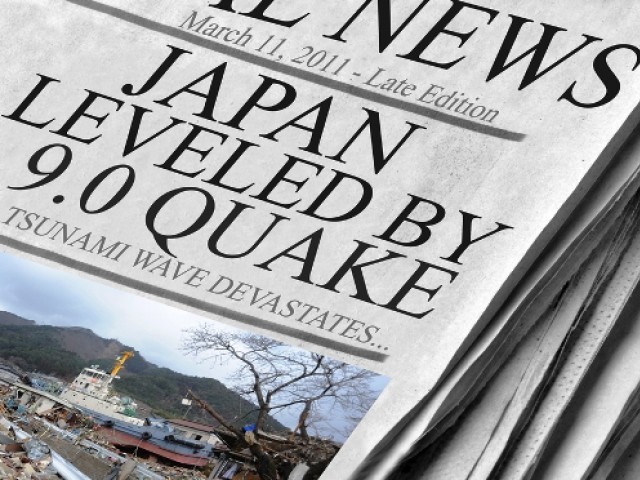 While Pakistan’s business and political leaders have been lining up at the Japanese embassy in Islamabad to sign the condolence book in the wake of the massive earthquake and tsunami that has affected that country, nobody seems to be willing to back up their words with a cheque or two. This seems rather impolite, especially when one considers the fact that Japan is one of the largest donors to Pakistan.

Direct financial assistance from Japan to Pakistan is relatively minimal, but considering how much Japan donates to Pakistan through multilateral agencies, total financial flows from Tokyo to Islamabad are estimated at over $500 million a year. It would probably behove Pakistanis to remember that this aid, unlike that from the United States and Britain, comes with no political conditions attached. In other words, the Japanese are generous simply because they want to be, not because they expect anything out of it.

They have also been there for us when we most needed them. During the Kashmir earthquake in 2005, the Japanese sent both money and disaster relief teams. They not only helped with the acute phase of the crisis but stuck around to help with the reconstruction efforts. And for the floods in 2010, Japan played host to a donor conference and pledged $1 billion to help Pakistan rebuild after the devastation.

To put it bluntly, we owe Japan a great deal. Yes, of course, the average Japanese is much richer than the average Pakistani and we have far too many troubles of our own. But nobody expects Pakistani donations to help pay for the entire relief and rescue process.

A token donation would suffice, because all that is needed from Pakistan at this point is something that says that we do not forget our friends, especially those who have helped us when we needed them most, and those who helped us without any conditions or expectation.

Whatever other negative attributes have been associated with Pakistan in the past, we have never been known to be a stingy nation. Let us dig into our pockets just a little bit to show that we care.