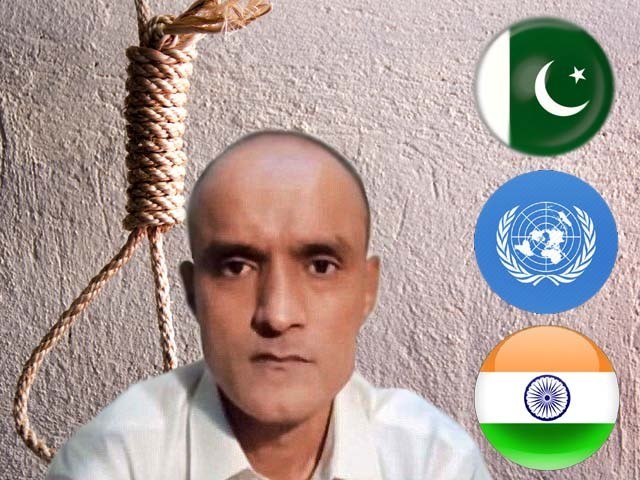 Jadhav’s case has become the latest strain in tensions between the neighbouring nuclear-armed rivals.

The verdict of the top United Nations (UN) court ordering Pakistan not to execute Kulbhushan Jadhav until it makes a final judgment in the case, has stirred discontent and debate across Pakistan. Jadhav, who was arrested in March 2016, is a retired Indian naval officer who confessed to espionage and terror activities in Pakistan.

In a video that went viral, Jadhav confessed to have aided terrorist and separatist activities in Pakistan, particularly by fuelling insurgency in the province of Balochistan. He further exposed his country’s top intelligence agency’s role in funding activities with an aim to destabilise Pakistan.

Pakistan’s military court sentenced Jadhav to death last month on charges of espionage and terrorism. Following the sentence, India took the case to the International Court of Justice (ICJ), urging it to suspend Jadhav’s sentence. It argued that Pakistan violated the Vienna Convention on Consular Relations by denying Jadhav access to legal assistance. It told the court that Jadhav’s confession had been given under duress and that Pakistani agents had kidnapped him from Iran, where he was running business. Pakistani representatives, on the other hand, argued that Jadhav was denied consular access because the issue was one of national security and that the case was outside of ICJ’s jurisdiction.

But the court rejected Pakistan’s argument, ruling that it had the power to hear the case and ordered Pakistan to stay the execution of the Indian national convicted of spying. The last time India and Pakistan took a dispute to the ICJ was in 1999, when Islamabad protested against the downing of a Pakistani navy plane that killed 16 people. In that case, the tribunal decided it was not competent to rule in the dispute and closed the case.

The ICJ is the principle judicial organ of the UN. It was established in June 1945 to settle, in accordance with international law, legal disputes submitted to it by states. Though its decisions are final and binding, the ICJ has no means to enforce its rulings and have occasionally been ignored in the past. States are allowed to choose whether they want to be subject to the compulsory jurisdiction of the court by signing the optional clause (the clause that gives countries the option of agreeing or not agreeing in advance to be bound by the decision of the court).

Moreover, states are also able to revoke their commitments under the optional clause, as the US did in 1984, when Nicaragua asked the ICJ to determine whether the mining of Nicaraguan harbours by the Central Intelligence Agency (CIA) constituted a violation of international law.

Although Pakistan opted out of compulsory jurisdiction on certain matters in a declaration on March 29, 2017, it has not been successful in shielding itself from the ICJ jurisdiction. If Pakistan choses to dismiss the judgment as countries in the past did, the cost to the country’s tainted global reputation will be high.

This case, however, is no ordinary case and will prove challenging to adjudicate for ICJ. It is an issue inherently political and sensitive in nature with the potential of deciding the fate of future relations between the two countries. Both countries might exploit the case as an opportunity to communicate their grievances and animosities on an international platform. Moreover, the case will be a test for the court’s ideals of neutrality and merit. India, being a global economic and democratic success, is in a far stronger position to get its voice across effectively. Pakistan, on other hand, does not enjoy the credibility and power that India has earned over years. Given its negative global image tainted by the scourge of domestic terrorism, even with the strongest arguments, Pakistan will be at a disadvantage.

Jadhav’s case has become the latest strain in tensions between the neighbouring nuclear-armed rivals. It will deepen the rift unless both countries willingly cooperate for a transparent and fair resolution of the issue. Given the current state of mistrust and resentment on both sides, such an approach is unlikely. But Pakistan cannot afford more tensions at border as it is on the brink of implementing the historic China-Pakistan Economic Corridor (CPEC), seen by many as a game-changer. At the same time, it is an opportunity for India to show the political maturity and finesses that one would expect from a rising economic power.

The Iraq intervention ensued and we said “never again” – yet here we are, silent, when it comes to intervention in Myanmar and Yemen

How will the Kulbhushan Jadhav case affect Pakistan’s relations with India?

The big Kamal confession: What happens next?