If Jinnah never asked Ruttie to change her name to Maryam, why did you, Pakistan? 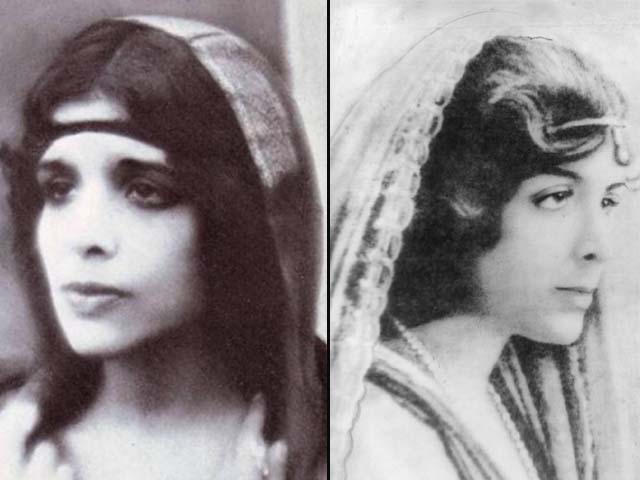 Those of us who were born before Partition know that Muhammad Ali Jinnah could not speak Urdu, except perhaps a few broken sentences. His speeches were always in English, sometimes with a translator to make the crowds understand what he was saying. But sometime in the 1980s, the government dubbed all his speeches in Urdu, apparently under pressure from those who thought a highly westernised Jinnah would make today’s youth doubt that he wanted an Islamic state.

One result of this is that an entire generation of Pakistanis have grown up believing that Jinnah was fluent in Urdu, and always dressed in a sherwani instead of the western clothes he always wore. Even our currency notes show him wearing a sherwani, which he donned on very few occasions after independence.

This is, of course, all due to the fear among the so-called defenders of the country’s ideology that somehow our people will stop believing that the country’s founder looked, dressed and spoke like an Englishman. Of course, these same defenders of the country’s ideology belong to those religious parties which strenuously opposed the creation of Pakistan and even used to call Mr Jinnah ‘Kafir e Azam’. Fortunately, Mr Jinnah was always clean-shaven, but that will not deter these elements from pasting a beard on his photos anytime soon, seeing how rapidly the country’s youth is being radicalised.

But these hardliners were not satisfied with just changing the image of the country’s founder. They saw that his wife, Ruttie Jinnah, was highly westernised as well. Hence they thought of making her appear as a pious Muslim and the first thing they did was change her name to Maryam.

This was supposed to have happened after her conversion to Islam at the time of her marriage to Jinnah. They thought if young people today knew that Jinnah did not get his wife’s name changed to a Muslim name at the time of their marriage, they would think he could not have been a staunch Muslim. So they got this piece of disinformation (about Ruttie’s name being changed to Maryam) inserted in Wikipedia and our school textbooks, again making a whole generation of Pakistanis believing another lie.

For those who may not know, the name change has to be done before marriage, so that the new name is recorded in the marriage documents. In the 1960s, a Muslim woman married the scion of a well-known Hindu family in Karachi. Before the marriage was solemnised, the man was converted and given a Muslim name, after which the nikkah was performed. In Ruttie’s case, this was not necessary because her name (meaning jewel) was common amongst Gujrati Muslims of those times.

But apparently, our ideologues did not know this, and decided to give her what they thought was a good Muslim name. And because she already had a Muslim name, Mr Jinnah did not think it necessary to ask her to change her name when he married her. Which is why in his marriage certificate, the name of the bride is stated to be Ratanbai.

For the record, this changing of Ruttie’s name has not been mentioned in any newspaper or periodical published at the time, neither has it been verified or authenticated by any credible source. Moreover, she always signed her letters “Ruttie”, and in one of her letters which she wrote to Jinnah four months before her death, she ends with the words,

Finally, the most authentic piece of evidence that Ruttie did not change her name is her tombstone, which has the name Ratanbai engraved on it. Jinnah frequently visited her grave and the last time he did so was just before the Partition (19 years after her death). Surely he would have gotten the name on the tombstone changed to Maryam if that was her name. The fact that he did not do so proves that there was no change of name, and his wife lived and died as Ruttie Jinnah.