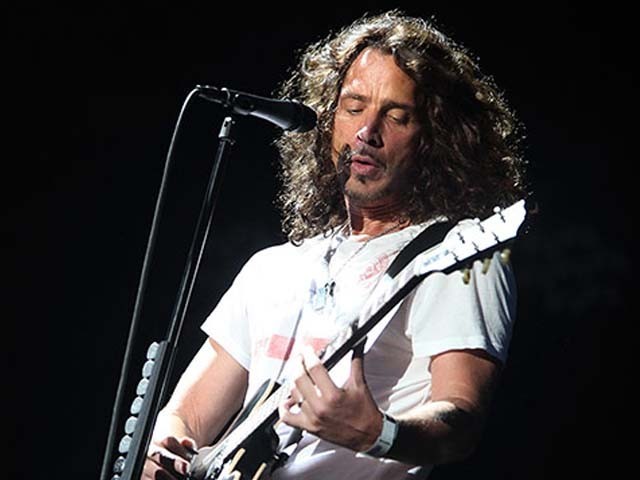 The man was a legend and 2017 isn’t new to losing great musicians and Chris Cornell wasn’t an exception. PHOTO:AFP

It was a normal Thursday afternoon, I was scrolling through my news feed when I came across an article about the sad demise of Chris Cornell. For those of you who don’t know (I’m sure you do by now), he was the lead singer of Temple of Dog, Soundgarden and Audioslave.

The year 2017 isn’t new to losing great musicians and Cornell wasn’t an exception; the man was a legend. The minute I read the news, Black Hole Sun started playing in my head. I remember that song the most because it was one of the first few songs I really enjoyed listening to even though the music would freak me out (I was young, it was weird).

Music has always been a big part of my life; there hasn’t been a single day in my life where I have not listened to a song, and Cornell happened to be one of my favourite singers. His grungy soulful vocals set him apart from other singers and I personally love grunge rock.

He was ‘Rocks Greatest Singer’ according to Guitar World and was nominated several times for Grammy awards. He never shot to fame like other rock stars but that doesn’t mean he wasn’t great. Growing up with his songs made me truly happy; his voice would transport you to a different place, no matter where you were or what you were feeling. If you would hear him sing, your only thought would be, wow, this man can really sing!

The famous icon once said,

“I’m not a lyric writer to make statements. What I enjoy doing is making paintings with lyrics, create colourful images. I think that’s what entertainment and music should be.”

He truly enjoyed his art.

Here are 10 of my favourite songs by Cornell you have to listen to, if you haven’t already. These songs are not in any order, they’re all amazing!

6. You Know My Name (He was the first American male to perform a theme song for a James Bond movie)

9. Chris Cornell’s cover of Michael Jackson’s Billie Jean (one of the best covers in the world).

Rest in eternal peace, Chris. You will be immensely missed.