Does Pakistan care about Japan (or anybody else)? 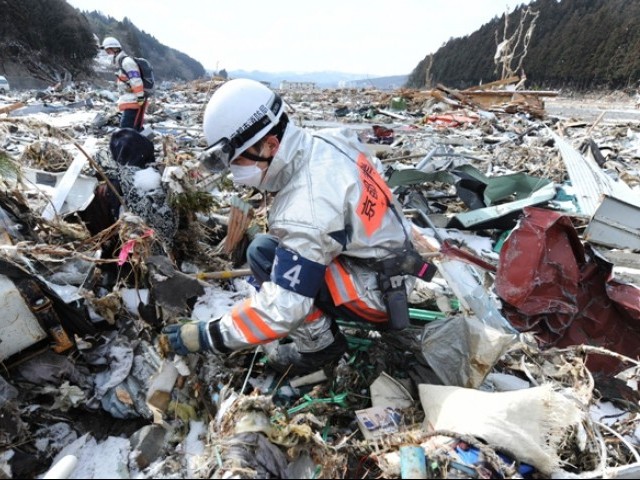 Japan has been hit by the world’s biggest natural disaster since the Chernobyl disaster in Ukraine in 1986.

Panic has spread like wildfire as people take off to Taiwan and other international destinations. Japan’s nuclear crisis is skyrocketing to new heights, since radiation levels from a stricken power plant are traveling through Tokyo.

When Pakistan was ravaged by the floods last year, the international community went all out to help us. But in Japan’s time of need, Pakistan is silent.

Here, I must still congratulate Pakistan on its nerves of steel. Due to our onslaught of personal problems, we Pakistanis have strengthened our built-in immune systems even more.

We are caught up in the PPP versus MQM drama or just anxiously awaiting the next round of pathetic rhetoric from the Chief Minister of Punjab.

The media is also caught up with politicians’ protests involving lotas in Lahore and the potential India-Pakistan clash on the World Cup cricket pitch this year.

In fact, in the next few days newspapers and television screens will show critics delivering their ‘significant’ tirades about how and why one American Raymond Davis just got released to leave on a jet plane back to his US safe haven.

As I write this, my phone and Facebook newsfeed are flooded with people responding to Raymond Davis’s release today, and most are utterly disappointed with Pakistan’s current sell-out status to the West.

We must bring an end to this indifference in attitude before we are cut from the chord. It is only my last leap of faith in Pakistan which results in the question: why have the Pakistani civil society, students and universities, media and government stakeholders still not awakened to Japan’s natural disaster?

It’s payback time and there are ways to help. International organisations including Save the Children, Islamic Relief, World Bank and UNICEF are playing their part and 91 countries including China who has had a major border dispute with Japan, have already offered assistance.

Online donations can currently be made through the British Red Cross and through Google’s Crisis Response as well. Many organisations are initiating the text-to-donate approach via Twitter in order reach out to concerned people across the world.

Many of us are perhaps feeling the Japanese peoples’ pain, so let’s start responding to this international emergency now. We should engage corporations, government and civil society just as we would if this tragedy had hit our own homes.

A Lahore based journalist who prevously worked at The Friday Times