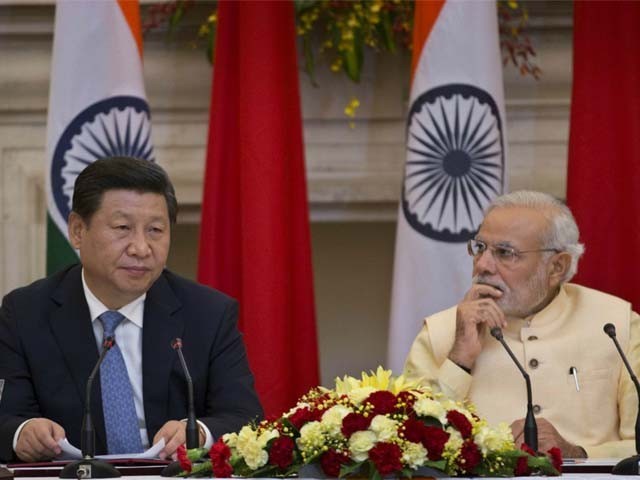 China hosted a massive two-day international event between May 14 and 15 in Beijing to formally launch its One Belt, One Road (OBOR) initiative, which plans to connect Asia, Middle East, Africa and Europe. More than 65 countries participated in the summit and nearly half of them were represented by their heads of state and government.

World powers such as the US, the UK, France, Germany, Russia and even Japan too were in Beijing. Apart from Bhutan, which does not have any diplomatic ties with China, all other South Asian countries took part.

However, the Narendra Modi-led Indian government decided to give it a miss in spite of China’s repeated overtures. Nothing can explain this self-inflicted isolation of India except PM Modi’s foreign policy or the lack of it.

But does the Modi government have any foreign policy?

Even if there is one, no one knows what that stands for, and who is responsible for it, especially when the foreign minister’s job is restricted to only Twitter diplomacy.

Surprisingly, it’s the national security advisor and a particular Bharatiya Janata Party (BJP) general secretary who seem to be dictating India’s foreign policy. Both of them, however, neither have the institutional mandate nor the competence to do it.

Modi admirers miss no opportunity to highlight how the PM has undertaken nearly 50 foreign trips in the past three years and has developed “strong personal bonds” with several world leaders. Indian missions abroad have also been working overtime to mostly organise “cultural” events on yoga and ayurveda.

The critical module describing India’s “foreign policy success” has been mostly limited to Modi’s “overbearing speech” to the “drooling diaspora” during his frequent foreign visits.

Contrary to all the tall claims, the OBOR international forum in Beijing has clearly exposed the fact that India’s foreign policy in the past three years has gone into a tailspin. The China-Pakistan axis has isolated India in South Asia besides rendering it lonely in the world.

Not only did Russian President Vladimir Putin attend the OBOR international forum in Beijing, he also gave a speech at the opening ceremony. What’s more, despite increasing bilateral tensions with China, Japan sent a delegation to Beijing.

The Trump administration, though objected to North Korea’s participation, finally decided to join as well since the US does not want to be left behind. It clearly shows the growing international clout of China, and exposes the lack of careful thought and foreign policy on part of India.

Not only globally, but also within the region, India has isolated itself from others with its foreign policy. Pakistan’s Prime Minister Nawaz Sharif did not only attending the OBOR international forum, he also took a high-level official delegation with him including four provincial chief ministers.

It is not surprising considering the fact that Sino-Pakistan relation has been historically strong. However, other critical neighbours such as Nepal, Bangladesh and Sri Lanka have also refused to side with India on the OBOR issue.

Once an Indian diplomat had told me that we occasionally push smaller countries in our neighbourhood to take a position to see where we stand vis-à-vis China. In that case, India should not have any doubt over its power equation with China in the South Asian region. Even Bangladesh, which had sided strongly with India to boycott the SAARC Summit in November 2016 at Islamabad, sent a high-level delegation to participate in the international forum in Beijing.

Bangladesh has not only received $24 billion investment from China, it has also imported 80% of its arms from China in the past decade. In this context, it is foolhardy for the Modi regime to force Bangladesh to side with it in opposing China’s ambitious OBOR initiative.

Prime Minister Modi just returned from Sri Lanka after a high-profile two-day visit. While the Indian media highlighted Sri Lanka’s refusal to let a Chinese submarine dock in Colombo, it totally avoided mentioning that immediately after Modi’s trip, the Sri Lankan prime minister flew to Beijing to take part in the OBOR meeting.

In spite of all sorts of pressure, India failed to keep even Nepal with it. On May 12th, Nepal signed a Memorandum of understanding (MoU) with China to be part of its plan to revive the ancient Silk Road trade routes. Nepal’s deputy prime minister and finance minister have travelled to Beijing to take part in the OBOR forum, and it clearly exposes the fact that India has lost out to China to continue to keep Nepal under its sphere of influence.

On the OBOR issue, the open siding with China by Bangladesh, Nepal and Sri Lanka clearly shows the abject failure of India’s whimsical foreign policy under Modi. It was absolutely unnecessary for India to boycott OBOR, while the rest of the world has joined it.

A sensible thing could have been to take part in it and work with Beijing to get an acceptable deal for it in the CPEC project.

Moreover, the Modi government’s adamant opposition to the OBOR has forced India’s friendly neighbours to take a position against it.

It was absolutely self-defeating for the Modi regime to force the usually considered pro-India regimes in Bangladesh, Nepal and Sri Lanka to make this uncomfortable choice.

There was no reason to put them in such a situation where they have no option but to come out of strategic ambiguity and take a position on making individual choices.

Modi’s foreign policy seems to be less worried about India’s long-term and larger interest. Rather, it is obsessed with keeping its hard-core nationalist constituency happy. It is important for a government to stand firm on country’s core interests and basic principles, but at the same time it is critical to be flexible and bend them to accommodate reality.

The oft-repeating claim about Modi’s foreign policy success by his admirers is nothing but misleading. The “Modi fan club” coined the term “Modi Doctrine” to define the present Indian foreign policy and has even written a few books and articles to glorify it.

The Modi marketing machine has been repeatedly propagating that with Modi, India has moved to global high table taking a position on par with China and has isolated Pakistan in the region. Nothing can be far from the truth than this.

India’s isolation from the OBOR international forum is a testimony of Modi’s failed foreign policy.

The author is a Professor of Peace and Conflict Research at Uppsala University, Sweden. He tweets as @ashoswai (twitter.com/ashoswai)

India must remember that Balochistan is not Bangladesh