‘Alien: Covenant’ doesn’t bring anything new to the franchise 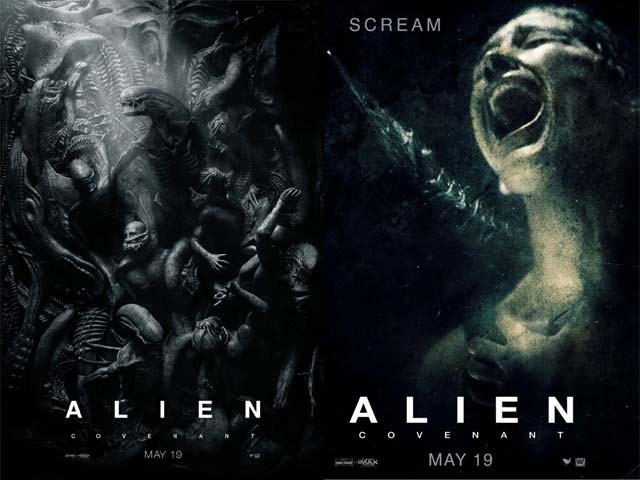 The sixth instalment in the Alien franchise sees the director avoiding the big ideas of the immediate predecessor, Prometheus. PHOTO: IMDb

The 70’s decade is about to come to an end and everyone along with their dogs is in awe of Star Wars. With this admiration, came the love for all things extra-terrestrial but then Alien happened and suddenly people were reminded that the outer space isn’t as fascinating they first thought.

Ridley Scott managed to create a sci-fi/horror classic that conjured up a frighteningly chilling picture of the alien form that might be waiting for us out there in the void and the audience lapped it up like crazy.

The ‘largely hit and lately miss’ franchise has since gone through a number of variations with various directors but Alien: Covenant is, if nothing else, a desperate case of reverting to its roots for both Scott and the series.

The sixth instalment in the Alien franchise sees the director avoiding the big ideas of the immediate predecessor, Prometheus and returning to the thriller/horror based narrative of the pop culture phenomenon that was Alien. But was it a successful attempt at recreating the magic of the ’79 original cult classic? Let’s find out.

Alien: Covenant takes place a whole decade after Prometheus, when the titular vessel, carrying thousands of colonists and a dozen-plus crew including an android, Walter (Michael Fassbender) is bound for a habitable new planet. An unexpected shock wave from a solar flare damages the ship and jostles the team-members awake from their hyper sleep.

Their unplanned awakening coincides with a mysterious signal from an uncharted nearby planet, which turns out to be an even better prospect for human colonisation than the one they were headed to. After landing on the curiously Earth-like planet they happen to stumble upon David (robot Fassbender from Prometheus), now a lone survivor on the planet that roams the shadows in a hoodie and is having a severe existential crisis. This is the point in the narrative where the body-bursting Neomorphs/Xenomorphs come in and all hell breaks loose.

Now if you are thinking to yourself that, wait, this plot sounds awfully familiar, then you are not mistaken because this same story has already been re-cycled for six different films in the Alien series. The only difference is that this time around Scott had the finances and the advanced computer graphics (CG) gimmickry to stage the violence in a messier way. But even then those set-pieces failed to elicit a single gasp out of the audience where I was watching, let alone a scream.

The original film was an instant success because of its simplistic novelty; the disastrous consequences of humans trespassing into alien territory. But the current instalment fails because, firstly, this is isn’t the 70’s anymore and we have seen a million of these Alien rip-offs since then and secondly, Scott tries too hard to seem clever by incorporating a lot of mumbo-jumbo dealing with the inception of mankind which completely dilutes the horror impact.

Also, unlike the original, the characterisation is extremely weak. I bet you can’t recall names of even half of the dozen odd crew members. Since the characters are so poorly developed, you are not emotionally invested in them and don’t really care if they live or die. This, as a consequence reflects badly on the script which lacks any tension whatsoever, and results in the shortage of genuine scares throughout the film.

But like every dark cloud this movie also has a silver lining in the form of the eerily fascinating Fassbender. He is so good that they simply had to have two of him. The chemistry between the two android Fassbenders is what makes the film slightly better than the average fare.

Another thing which might appeal to the viewers is the sheer magnificence of the production design. From the desolate landscape of the alien planet to the immense attention to detail paid to the spaceship design and the world building is definitely a plus point for the film.

All in all, Alien: Covenant seems like an ordinary sci-fi horror movie created by studio executives rather than someone as gifted as director Scott. But whoever is calling the shots with regards to these prequels should consider the damage to the legacy of the original trilogy before making another one of these.