The parasitic relationship of Pakistan, the shark, and Afghanistan, the remora 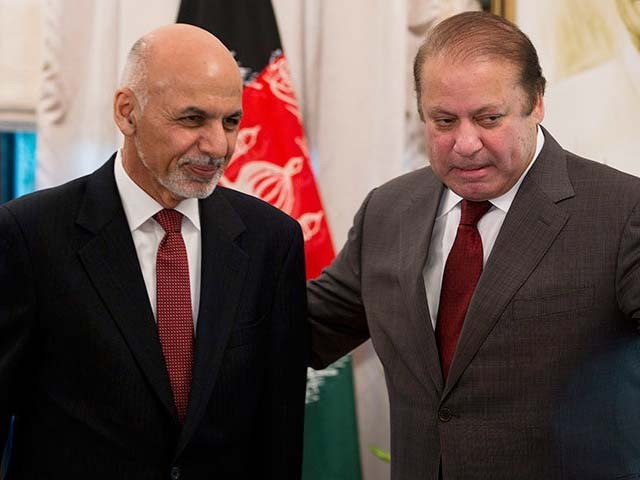 Reality is more complicated than fiction. Before someone loses a fuse by just reading this statement, let me explain. Fiction, no matter how fantastical, has to make some sense at the end of the day, otherwise it would not be able to appeal to any ‘reasonable’ audience. I apologise for using the term ‘reasonable’ here but I must make some sort of differentiation, otherwise people would point out the weirdest fictions out there as examples also known as House of 1000 Corpses.

In fiction, two brothers who despise each other throughout the narrative would somehow find common ground and get back together in some epic struggle for one or the other (something on the lines of Legends of the Fall). In reality, two neighbouring countries that share strong ethnic links and decades of history, fight wars together on a people to people level repelling a superpower and then another, end up fighting each other over nothing. I’ll let my readers form their own opinion on what sounds more complicated.

Pakistan and Afghanistan have been neighbours, brothers and fighters, in love and in hate till death do us apart, for as long as I can remember. Our relationship has unfortunately been a parasitic one where Pakistan is the shark and Afghanistan the pilot fish or the remora (take your pick). With more than three million Afghan refugees assimilated into the population, Pakistan has unfortunately become a conduit for Afghan weapons and drugs. Given the amount of blood shed by Pakistani nationals for the sake of their neighbours, one could have envisioned a different result.

With the change of government in Afghanistan and their new found independence owed to some ‘friends’ in the region, hostility across the border has risen to unprecedented levels. The Chaman incident is a classic example. The incident happened roughly a week ago when Afghan forces opened fire across the border on Pakistani forces escorting census teams with the ensuing exchange costing numerous lives on both sides.

As observed in every skirmish without independent reporting, each side is claiming more kills. Frontier Corps (FC) Inspector General Major General Nadeem Anjum met reporters last Sunday and claimed that the Afghan side had lost 50 soldiers. Afghan Ambassador Dr Omar Zakhiwal countered through a series of tweets which said that the number was only two dead and seven injured.

2/4: Was based on info provided by Pak army and FC south command. Truth is only 2 Afg soldiers got Shaheed and about 7 injured.

3/4: However, even two lives are too many if our claim for seeking good neighbourly relations is genuine & if we mean well for each other.

4/4: Chaman clash left casualties, deaths & injured, on Pak side too but we instead of celebrating called it unfortunate & regrettable.

If we are to keep jingoism aside for a little bit, I think we can all agree that these exchanges are bordering on lunacy. It is of course every country’s right to exercise sovereignty within its borders and protect them at all costs. However, there are certain realities here that must be considered going into the future.

Pakistan has been a supporter of Afghanistan and its people since time immemorial. For the Afghans to blame us for their issues is to blame the guy who puts out the fire in your house for the fire itself. The last two Afghan governments have been speaking against Pakistan on the back of the support they are receiving from India. This has largely shot down Pakistan’s plans of strategic depth in Afghanistan.

The question that the Ashraf Ghani government needs to consider is this – where was India during the Soviet and then later during the American invasion of Afghanistan? Why did it suddenly decide to jump in after all the dust had settled?

Fine, it may be offering partnerships that are geared towards enhancing Afghanistan’s role in the region and gaining independence from Pakistan, but is it really doing this to help Afghanistan?

Helping Indian agenda will give Afghanistan some short-term benefits but there are some negative long-term implications to consider as well. Indian stronghold in Afghanistan is not only detrimental to Pakistan, it is also indirectly hurting Chinese interests within their country. Unknown to most, the Chinese have invested billions in Afghanistan to drill regions held by the government and the Taliban. They are prospecting for what may affect the future of modern technology – rare earth elements. The Scientific American did a feature on it a few years back. The Chinese are of course also invested in Balochistan as part of the China Pakistan Economic Corridor (CPEC).

If the Afghans are actually smart, they would limit the role other countries are playing in determining their foreign policy at the moment. In case they were trying to limit Pakistan’s influence in their policies, they have supplanted India and some other ‘friends’ for Pakistan, which doesn’t really change anything.

Trying to act jingoistic in a world which is inclining towards the East with the passage of time, is a very stupid move on their part. Pakistan and Afghanistan both need to bury this hatchet as soon as possible in order to reap the fruits of what CPEC and other projects will be offering in the near future.