India’s ICJ move is a big swing and miss, and is only fooling the people of India 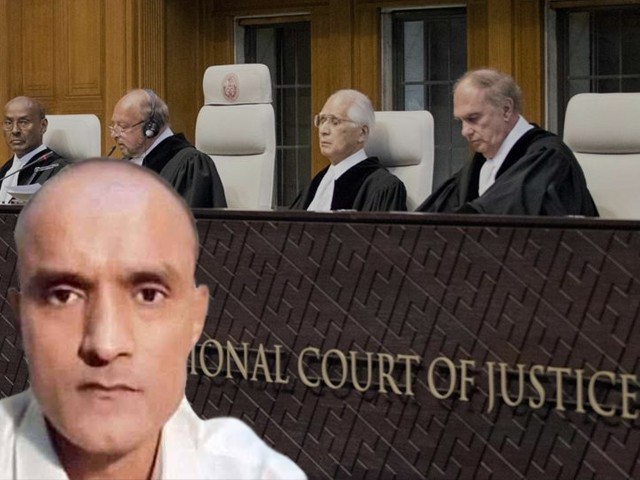 Pakistan is justified in its stance that Jadhav’s case fell within the realm of security, and subsequently, the request for consular access was declined on merits.

If you are an avid reader of Islamic history and have had the privilege of going through Jalalud Deen Suyuti’s famous compilation, ‘Tareekhul Kuhalafa’, you must be well aware of a certain narration. It dates back to the era of the second Caliph Umar ibn al Khatab (ra) and narrates the ordeal of a young widow who used to struggle to make ends meet.

The narration has it that the unfortunate widow, in order to console her hungry and starving children, had devised an appalling strategy of deceit and deception. She used to place a pot full of water and rocks over a stove and as it would boil, she assured her young ones that a tempting meal is in the offing. The children, after having waited for a long time and exhausted due to continuous crying, would fall asleep and the widow would then silently turn the stove off. The Caliph, after observing their misery, came to their help one night and fixed a stipend for them from the state’s treasury.

I recalled this narration yesterday and have dedicated the preceding paragraph to it, simply because I feel our immediate neighbour is undergoing the same situation as the poor widow from the story narrated above.

On May 8, 2017, the Republic of India instituted proceedings against the Islamic Republic of Pakistan at the International Court of Justice (ICJ) in The Hague. The proceedings, as per the publically available information, call for an intervention in the matter relating to the conviction and sentencing of an Indian spy by the name of Commander Kulbhushan Jadhav. Through the said petition, India has sought to impugn the refusal of Pakistan vis-à-vis the providence of consular access to Jadhav and has pleaded to the ICJ to overturn the conviction/sentence awarded to its citizen on the pretext that it violates well established principles of basic human right laws.

Ever since the announcement of this litigation, the Indian press has been going crazy; it is heaping praises on the incumbent regime and is glorifying the move as stunning. Indian ministers can be seen patting each other’s backs on Twitter and the infamous defence experts sitting in television studios can barely restrain themselves from breaking out into tears of joy.

I have spoken to the mother of #KulbhushanJadhav and told her about the order of President, ICJ under Art 74 Paragraph 4 of Rules of Court.

Isn't it awesome !!
Finally efforts of GOI bearing fruits. Prayers of all of us with #KulbhushanJadhav for his safe return. pic.twitter.com/GlqMLwzy7Q

Ray of hope! International Court of Justice stays death sentence given to #KulbhushanJadhav by a court in Pakistan, allegedly for spying!

Cute as it may sound, the fact of the matter is that all these celebrations, cheers and tears are hollow and self-delusional in nature. The patent truth of the subject is that India’s ICJ move is a big swing and miss and I say this as a student of law.

1.The ICJ cannot unilaterally assume jurisdiction in a bilateral conflict unless and until both the disputing parties submit to its exclusive jurisdiction (Article 38 Rule 5 of the ICJ Rules). This submission varies from case to case and in this particular matter, it is highly unlikely and almost impossible that Pakistan would submit to the jurisdiction of the ICJ. Thus, the subject suit is destined to fall flat at the very preliminary stages.

2. India and Pakistan have a bilateral Consular Access Agreement which was ratified on May 21, 2008. Clause VI of this agreement explicitly states that in matters relating to security, the request for consular access shall be treated on merits. Thus, Pakistan is justified in its stance that Jadhav’s case fell within the realm of security, and subsequently, the request for consular access was declined on merits. ICJ does not reserve the authority to either revise or interpret the contents of this mutually agreed upon agreement.

4. Similarly, the Indian declaration passed on September 15, 1974, in paragraph 1(2), declared that the jurisdiction of the ICJ shall extend to disputes involving all nation states other than the ones which are member states of the Commonwealth. Pakistan being a member of the Commonwealth is thus excluded from the list of nations against whom the jurisdiction of the ICJ can be invoked as per India’s request.

5. During the Simla Agreement in 1972, India and Pakistan had agreed that all conflicts arising between the two countries hereafter shall be resolved bilaterally. India has time and again asserted that this agreement bars both parties from approaching an international forum including the ICJ, for the resolution of an outstanding conflict. In 1999, when Pakistan approached the ICJ over the Atlantique incident, India successfully pleaded ICJ’s lack of jurisdiction on the basis of the Simla Agreement (Pakistan v India (2000) ICJ Rep 12). A similar view shall now be taken in this instant matter.

6. It is an established principal of international law that without exhausting available forums of appeal, outright remedies cannot be sought from an international court (Germany vs United States 2001 ICJ 466). Jadhav is yet to exhaust his right to appeal before the Military Court of Appeals and is further entitled to a mercy petition before the president of Pakistan. Without having adopted this available course of law, any exercise undertaken at an international level would be deemed as colourful.

7. India, by virtue of the institution of this case, has opened a flood gate which is destined to flow in its direction. Pakistan is now authorised to excavate the skeletons lying in the Indian closet and parade them at the International Litigation Forums.

In view of the foregoing issue, one is made to conclude that the theatrics played out at the ICJ were frivolous in nature and the television rating points generated were meant for the consumption of the domestic audience.

In order to placate the hyper-nationalist voters of the right-wing, the Bharatiya Janata Party (BJP) led government has decided to boil some water and rocks on a hot stove and are expecting that its war hungry children will soon fall asleep.

However, this move is expected to cast long-lasting effects on India’s foreign policy and that too of an adverse nature. Meanwhile, we can easily say that this diplomatic offensive was a huge swing and a miss.

In defence of Ayyan Ali