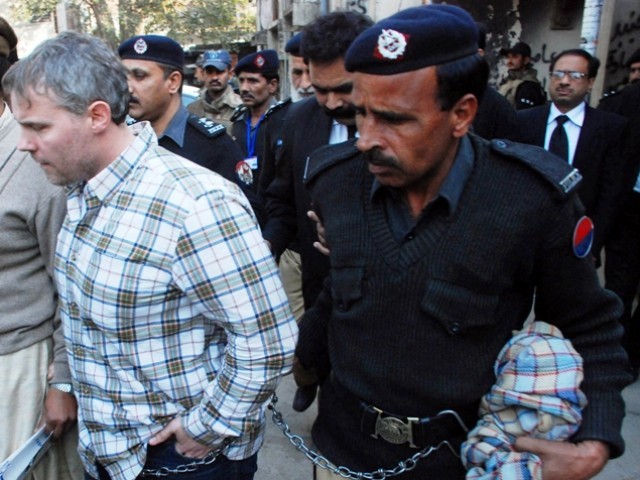 Raymond Davis, the man who almost single handedly sent Pakistan into a new free-fall of conspiracy theories has made his getaway in true spy movie form. He sneaked out of jail and was flown out to *London the very day he was indicted for double murder by Pakistan’s courts — a decision that was turned around in the blink of an eye following pardons by the families of his victims.

Personally, I am glad to see this diplomatic quagmire come to a close.

Given our diplomatic ties with the United States, the release of Davis was inevitable; it was always just a question of when and how. It was assumed by many that diplomatic immunity and a quick plane ride would have been the chosen course of action, but despite the enormous pressure on the families of Davis’ victims to follow through on the case, we have seen a (technically) better option pursued and successfully implemented by those involved in this release. The families were convinced to sign pardon papers for Davis after the compensation blood money payment of Diyya, and this Islamic approach to resolving the issue will, on the surface, placate or silence at least some of those groups who have been howling for Davis’ blood.

To cite the law in question:

The Qisas and Diyya Ordinance (1990) allows one to pay “blood money” to relatives of the victim in lieu of execution: under Islamic law, the punishment can either be in the form of qisas (equal or similar punishment for the crime committed) or diyya (compensation payable to the victim’s legal heirs).

This release, on the face of it, is cast-iron solid and will be impossible to dispute without turning to conspiracy and rhetoric. The courts have acquitted Davis in a perfectly legal manner. Prime Minister Yousaf Raza Gilani has said on multiple occasions that the government will abide by the court’s decision, Punjab Law Minister Rana Sanaullah has said the Punjab government was not involved in the release.

This leaves only a few loose ends to this James Bond ending to the Davis saga:

Looking beyond the moral arguments tied into this saga (where yes, we could say justice was not provided to the families of the victims), I would argue that this ‘diplomatic disaster’ has come to a best-case-scenario end.

A week from now, the media hype will have died down, several new crises will have emerged, many of which will trump the Davis saga, and the United States and Pakistan will go back to their usual quagmire of issues. Till then, we can all sit back and witness the media wave rise and crash. As writer Bina Shah aptly tweeted (although she got the timeframe wrong):

*Initial reports suggested that Davis had been flown to London. Recent reports state that he was taken to Kabul.