Bahubali 2: The Conclusion is a well-wrapped gift from South Indian cinema 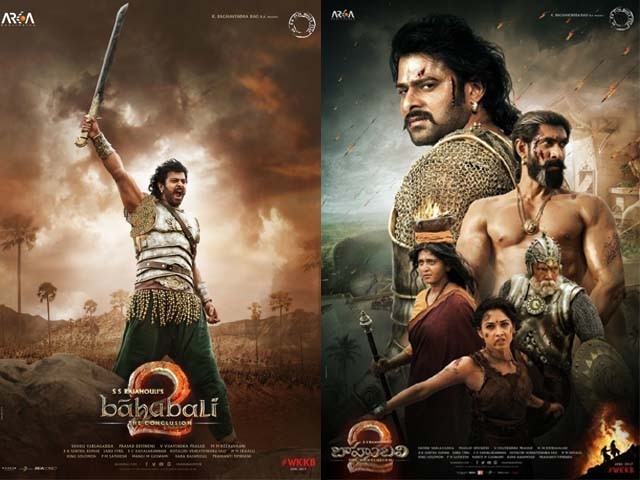 Bahubali 2: The Conclusion is undoubtedly one of the most anticipated movies of 2017 considering its enthralling, engaging and visually extravagant prequel Bahubali: The Beginning.

Filmmaker Srisaila Sri Rajamouli has proved his command over screenplay, direction, cinematography and storytelling with his previous films like Eega (Hindi version: Makhi), Magadheera and Bahubali: The Beginning. They are complete packages on their own, so expecting anything below average from him is totally out of the question.

Bahubali 2 begins exactly where the first instalment left off. Kattappa narrates the entire tale of the Mahishmati Empire with an introduction to Sivagami, Bahubali, Bhallal Dev, Devasena and Bijjaldeva. He then explains how Bahubali won the hearts of his people while Bhallal Dev and his father conspired against him. This ultimately results in his assassination by Katappa, his very own cover.

From dangerous stunts to simple walks, Prabhas has proved his screen presence and acting skills in more ways than one. Bahubali is by far the most prominent role he has done, one for which he will always be remembered.

Despite the fact that he has a limited amount of dialogue in the film, Rana Daggubati who plays Bhallal Dev makes a ferocious villain, owing to his loud and clear expressions. Nassar aka Muhammad Hanif has also done an exceptional job playing the menacing Bijjaladeva. Sathyaraj, who plays Kattapa, engages in both emotional and comic scenes with some great dialogues. Ramya Krishnan and Anushka Shetty both do justice to their characters as well.

For me, the main highlights of the film were the action sequences, especially the war scene where Bahubali (senior) rescues Devasena from Pindari.

The great thing about Bahubali 2 is that it ticks all the boxes:

Bahubali 2 is a very well-conceived and researched film as it combines religion with mythological and historical times.

Rajamouli is considered to be one of the finest directors of Tollywood (Telugu* cinema) and he specialises in filming scenes that are otherwise hard to find in Bollywood.

The Bahubali film series will most likely be remembered many years down the lane, just like Titanic, Ben Hurr and other classic films are.

Bahubali 2 is a two hour-45 minutes film, and surprisingly, it keeps you captivated throughout as the story unfolds. It is a brilliantly executed film so please do yourself a favour and go watch it!

*An earlier version of this blog stated the movie as Tamil cinema. The error has been fixed.