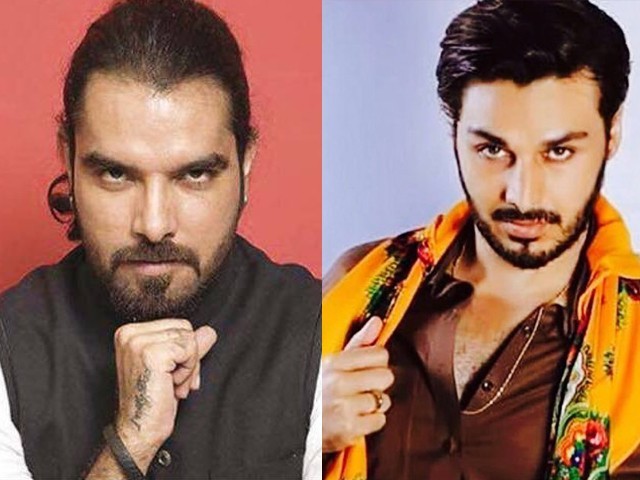 What Yasir Hussain said was completely unacceptable and reprehensible.

Most Pakistanis have already moved on from outrage to the inevitable “forgive him and move on” phase, but the despicable nature of Yasir Hussain’s comment will never be lost on the victims of child molestation in Pakistan.

For those who have not been on the internet for a week, at the Hum TV Awards, Hussain looked at Udaari star Ahsan Khan and said,

(Such a beautiful child molestor, if only I were a child.)

I haven't watched #Udaari but it was such a sensitive topic that i can't imagine someone making a joke on it.Sickening humor #YasirHussain

#YasirHussain – never give him a mic again. He has no clue or an ounce of sensitivity. Completely dense.

He was implying that children actually want to get molested by beautiful people. Any kid who will get molested by Khan should consider himself lucky in Hussain’s perverse mind.

Our showbiz fraternity laughed. Ahmed Ali Butt showed his class by saying something along the lines of,

(I would also eat the toffees.)

This is the same man who last year made fun of dwarfism.

Are we really surprised? Do we even expect better?

We all grow up on ethnic jokes and stage shows are full of misogynism, but if we are to overhear such jokes in our schools, at our chai dhabas and private WhatsApp groups, we would be repulsed.

Or you would think so. Instead, we laugh it off.

Even right now, a lot of people think the problem is not with the comment but the fact that it was said at an awards show.

I have been incensed at Hussain’s ever since I heard about it, leading to people saying,

“But Shehzad it is only a joke.”

Yes, which is exactly why it matters even more. What we laugh at defines us as a community.

Comedy creates culture and culture creates comedy. If we live in a culture where child molesters should be idolised for being beautiful, then we have a serious problem.

It is easy to demonise a person for saying things like “she wanted it”, “if she did not want to get raped, why did she wear that? Why did she venture out of the house at 10pm? Why did she have a boyfriend” but it is much harder to understand how our daily statements, especially jokes, actively contribute to rape culture.

Next time Pakistan beats India in a cricket match, people will change their status to something like, “Pakistan raped India”.

Jokes about rape and child molestation are not cool. Period. Not only do they normalise reprehensible behaviour, they also trigger terrible memories for survivors.

As a society, we’ve learnt to accept terrible behaviour as part of our daily life. Let’s please draw the line somewhere.

This is not about free speech – granted it might be hard to write a law against rape jokes but that does not mean that you are not a reprehensible human being for making rape jokes. Every person making those jokes and laughing at them is collectively responsible for our apathy towards rape and sexual assault in Pakistan.

There is a statistic going around which  states that 11 kids are molested every day in Pakistan. I find that figure to be absurd. My own conversations and sampling with groups shows the figure is at least a few hundred times more than 11.

Most women and a majority of children face some sort of assault or unwanted sexual advance, whether it be from a family member, friend, neighbour or domestic servant. This is the reality of the world we live in.

Finding humor in child molestation which is yet a big issue in Pakistan is disgraceful! #YasirHussain must appologize. #HumAwards https://t.co/9B5jcvozDE

Rather than educating our children about the dangers they face, we make jokes about Khan being beautiful.

What Hussain said was completely unacceptable and reprehensible but that is only the tip of the iceberg.

The internet was full of memes about child molestation when Udaari was on, which were posted and shared by popular comedians online.

You go to amateur open mics and there are people doing rape jokes.

Is it only a problem for everyone because it was said during a public awards show? How many of you have called out a friend for saying such filth in a private setting?

Jokes really have the potential for social change. And our country needs a better class of comedians.

This is not about vulgarity or indecent language. Comedy should offend people but it should offend the right people. I always try to punch up rather than punch down with my jokes. My social satire targets the status quo and the power structures.

It pains me as a comedian to put on shows like Khabarnaak and Hasb-e-Haal and see people making fun of people’s disabilities, their skin colour, their family ties, their ethnicity, and the favourite material for most jughaats, their womanhood.

Comments like Hussain’s have become a mainstay of comedy in Pakistan. I was always told,

“You make fun of what people do, not who they are.”

Somehow all comedy in Pakistan is about who people are.

People watch shows like Comedy Nights with Kapil and go to their schools and universities and make fun of their friends for being black or fat mimicking Kapil Sharma. The “but it is only a joke” logic does not apply when you see the damage caused to individuals every single day due to the irresponsible comments of these comedians.

Comedy can be cathartic and comedy should target social taboos. To explain it further, each joke has a target – to be a little technical here – and joke writers should ensure that their joke targets the oppressor not the oppressed. The butt of the joke should always be the reprehensible person, not the child getting molested, as it was in Hussain’s case.

If we are not going to get professional comedians to write our jokes, then we will end up with people who think comedy is simply repeating stuff they say to their friends on screen.

Hussain’s terrible apology shows how little he knows his comment will matter. He has brushed it aside as a slip of the tongue, an unscripted moment. It is merely an apology intended to save Hum TV from criticism more than anything else.

Yasir Hussain's message regarding his unintentional comments about child abuse in the award show.

Hussain is terrible but he’s most of us.

Please, the next time you laugh at a joke normalising rape culture, please consider what you’re doing for a moment.