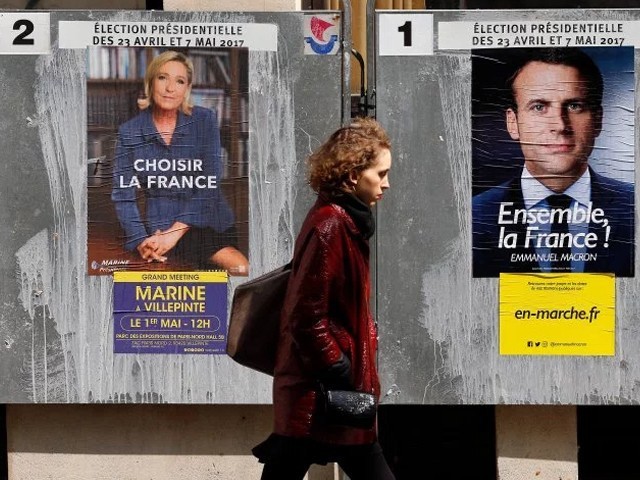 With the second and final round of the French presidential elections due on May 7, 2017, both finalists are clawing to encroach on each other’s weathered enclaves while fiercely defending their own.

The winner in the second and final round of a scandal-ridden, 11-candidate presidential campaign could affect the global power balance. Le Canard Enchainé, France’s leading satirical weekly’s investigative reporting had ensured a breathless ride by raking up the private dealings of two of the major contenders—François Fillon, a former Prime Minister under Nicolas Sarkozy in 2007, and the Front National leader, Marine Le Pen.

“Fake news”, the new, hotly contested semantic battleground, has crossed the Atlantic, just like “le meeting” for a stump rally. The custard further thickened with Vladimir Putin and his alleged cyber warriors as the additional egg yolk to ensure a creamy finish.

Last year, the former PM’s consultancy firm had allegedly facilitated a trilateral meeting between Putin, the CEO of the oil giant, Total, and Lebanese billionaire Fouad Makhzoumi, for a tidy sum of $50,000, whereas Russian banks had reportedly extended the Front National a loan to finance its election campaign.

That left the French electorate with a narrow choice. The Front National ran well ahead of the centre-right mainstream but neck and neck with the new boy on the block, socialist and banker Emmanuel Macron.

Although nominated by socialist President Hollande as the minister of economy, industry and digital affairs, Macron resigned to take his chances in the presidential race. He quit the mainstream socialist party to found his En Marche (on the move) party. From a motley collection of multi-hued idealists and pragmatists, it emerged from the first round as the prototype of a hybrid crossover in top gear.

Macron is the last man standing, the other being Le Pen.

The mainstream socialist party candidate was career politician Benoît Hamon, who had adopted a rather fetching theatrical gesture of putting his hand over his heart while bowing to rallies. He and his party were solidly knocked out.

With the excitement of Le Pen and Macron squaring off after the first round, even the Russian Connection’s mist over the Front National has lightened.

From the US to France, Putin’s supposed cyber-commandos, through the media, have glamorised the aging former Committee for State Security (KGB) spy. His March 24th meeting with Le Pen in Moscow was neither meant to trouble a bubbling cauldron nor to apparently ensure the alleged bank loan to finance her election. Simply put, both believe in the unadulterated sovereignty of their nation states, distrusting the European Union (EU) and the US equally while seeking an alliance with the latter to achieve common goals — a fundamental of all alliances.

Neither Donald Trump nor Putin wishes for a strong EU – the former seeks Anglosphere supremacy whereas the latter would like a docile backyard. The US and Russia have been playing tit for tat since 1917, enhanced through the Korean, Vietnamese and Afghan wars. Both are blessed with long memories.

Therefore, the motive for Russia seeking to interfere in the democratic elections of open, seamless and overlapping rival societies is plausible, but unless the incriminating documents are authenticated and made public, they are only voices on the wind.

While Le Pen is watering down her former harsh anti-European rhetoric, Macron has nimbly turned up the volume on the prickly issue. Both seek to carve a slice of the disgruntled and under-represented segment of the electorate without risking the fundamentals of their ideological power base. Macron might be a few steps ahead in the polls, but Le Pen has a generational and inherited head-start in wooing last-minute decision-makers of the ignored electorate. She has already cut a deal with Dupont-Aignan, head of the Debout France (Arise France) Party of anti-European sovereignists, who got 4.7% of the first-round vote. Were she to win, he would be her prime minister in return for his party’s support.

Logically, Macron might hope for similar backing from Melenchon, head of the left-wing La France Insoumise (France Strong and Free), if he was to enter a similar arrangement. After all, Melenchon’s first-round score was 19.58%. However, he has issues with Macron’s flexible, capital-based economic policies and would have to calculate the risk of alienating his ideological heartland of hard-core labour unionists. Yet, the right incentive ‘in the greater interest of his party’, could change his mind.

So far, between the cup and the lip, the other first round losers have held their peace, but their voters are divided between the two presidential candidates, with polls suggesting a higher percentage of pro-Macron support.

Still, since Le Pen’s deal, the race has been tightening for Macron.

The strongest influence at this stage of the election will not come from candidates defeated in the first round peddling their wares for cabinet posts, but the estimated 18% voters who make last-minute decisions. Whoever wins will give the EU’s leadership sleepless nights coping with the demand for graduated and incremental realignment. How and to what extent the successful candidate takes up the electorate’s grievances with the EU’s high-handed aristocracy will, on the heels of Brexit, determine the EU’s future and thus re-adjust the Western power balance.

With or without Russian help, if the UK’s Brexit is followed by a French Frexit, Germany’s own Gerexit could start taking shape, reducing Putin’s worries about the western alliance. North Atlantic Treaty Organisation (NATO) will be brought down to manageable proportions, assisted by Trump’s insistence that members pay the full rate. Eventually, if Putin plays his cards with care, he could seriously mess up Trump’s impeccable hairdo. The Anglosphere will keep composing music for the rest of the world to contain China and woo India. The refrain of the world balance of power will ensure an attentive audience.

On May 3, 2017, Le Pen and Macron faced off in a two-hour 20 minutes long televised debate. The media consider it to have been the most acrimonious in the history of such debates. It was marked by interruptions, personal attacks, irrelevant remarks and review shots. Both candidates often spoke at the same time in the presence of two moderators. Polls indicate that 63% voters believe Macron was more convincing than Le Pen (34%). Yet, this does not imply an intention to vote and 18% voters remain undecided.