On love and marriage: Where did the spark go? 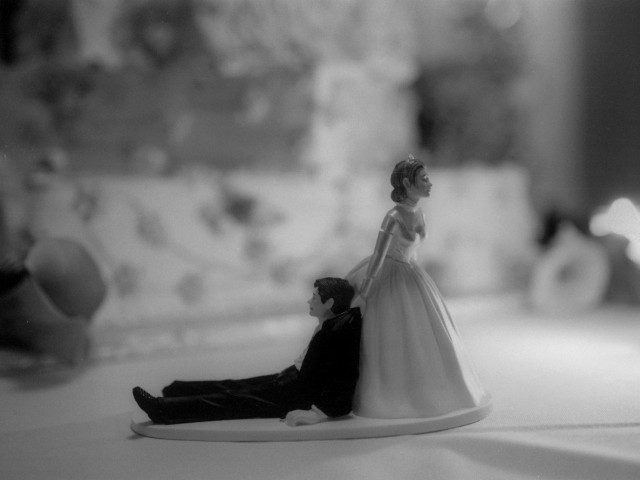 After marriage, there is an endless amount of time at our disposal and it reduces the romantic fervour considerably.

When two people get married, they might safely assume that they can’t afford to mess it up.

Today, I speak on behalf of all my girlfriends who are pondering the million dollar question: where did the spark go?

Initially most of us jump into the institution with gusto.  We look at it as a final end to a romantic rendezvous; the stolen glances and time restricted engagements that leave so much to be desired and explored.

After marriage, there is an endless amount of time at our disposal and this reduces romantic fervour considerably. Where is the heart pumping, adrenaline running, nervous giddiness that we associate to be being with this person?

Even the romantically challenged were expecting some dreamy magic that would sustain more than a mere six months.

In a nutshell, we start taking each other for granted.

We grumble and moan, whine and complain. Here are the classic complaints:

He doesn’t listen to me anymore!

He doesn’t even notice what I’m wearing!

We have become two different people!

Cricket/soccer/hockey/camel races hell, anything is more important than us!

His friends are more important than me!

I have actually analysed my hubby’s conversations with his buddies, trying to pick up evidence that I can use against him later.

To which he will reply:

‘Um, yeah but he just called. And you are going to be around right?’

And there it is, slapped in your face.

The ugly truth: we are always together.

What was initially the problem is now ‘the’ problem.

But the truth is that men are not wired to think about the nitty gritty details of a relationship. They’d much rather move on to less baffling matters like Playstation.

Obviously, this infuriates us and propels us to move forward in our mission to change them.

A battle of the sexes

We want to change a man who has comfortably (and frustratingly so) settled into a life devoid of passion and enthusiasm towards us.

But the mere smell of the word change is enough for a man to put up his guard to protect himself. He becomes convinced that whatever comes henceforth is infused with insincerity and deceptiveness. He thinks you are tricking him, and no one gets away with tricking him – he’s a man after all. And what’s a man that becomes putty in the hands of a woman?

As a result of this behaviour, us women feel betrayed and defrauded. There are no more thunderous declarations of ever consuming love; of storming home and sweeping us of our feet (literally) and claiming that we are the sole reason of a presumably otherwise trivial existence. Anniversaries, birthdays and other affairs that were earlier eagerly anticipated, become a cause of concern for both parties.

She frets “will he remember?” while he agonises “what should I gift her? (that I have not already!)”, provided he remembers which is a more serious concern altogether.

Would he do the same for you?

I was once out for dinner with a dear friend of mine and she asked me a thought-provoking question.

I was furiously chomping away my food, in desperation to reach home quickly since my hubby was already there, she asked: “Would he do the same if it was him instead of you?”

Predictably, the thought did nag me on the way home and along with it the obvious answer: no he wouldn’t! Perhaps because he is ‘too cool’ to sacrifice his night out with the boys to attend to you.

Do they really have other things to think about? At times I think men are a tad shallow and what they claim is ignorance is actually denseness and a general incapability (and unwillingness) to comprehend anything beyond their comfort zone.

And they are selfish.  Come on guys let’s face it.

Your emotions generally revolve around yourself; your loneliness, your desire your need for support.  Bottom line: me.

When a woman loves on the other hand it is because of commitment to the better half to be there and to love unconditionally.

There are men who are perfectly in tune with women’s anxieties, weaknesses and expectations. But usually these are the guys who are our friends at school and the ones we go shopping with – not the ones we eventually get married to.

These men, too, will marry. And that makes me wonder: why did we not marry our guy best friend from school?

That ultimately leads me to the embarrassing conclusion that we held the knife and stabbed ourselves with it.

A finance graduate who has worked as a market research analyst. She blogs at semras.blogspot.com/