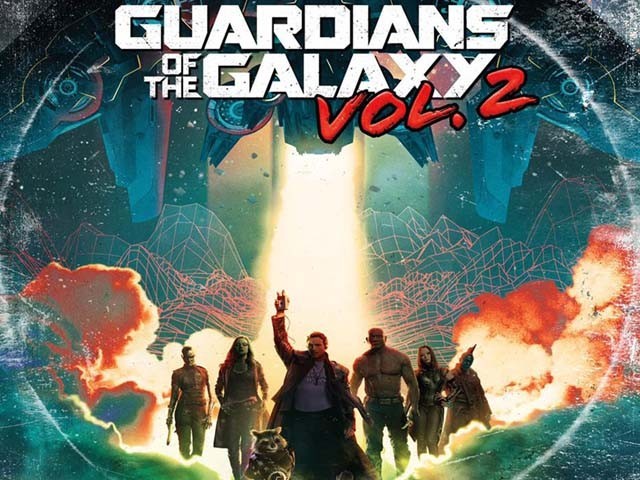 Guardians of the Galaxy Vol 2 is filled with humour and action sequences, it focuses on the road less travelled, and relationships and how they alter with time. PHOTO: IMDb

The second iteration in the popular Guardians of the Galaxy franchise and one of the mainstays within the confines of the Marvel Cinematic Universe (the 15th film to be exact) is as entertaining, if not more so, than its predecessor. It is directed by James Gunn, who meticulously directed the first movie, ensuring its reign in the box office back in 2014.

The ensemble cast that made the first movie amusing and entertaining is back at it with their usual mischief coupled with unorthodox humour and action. It’ll definitely bode well with the audience.

The sequel picks up a few months after the first instalment, and we see that the Guardian’s reputation is now known throughout the vast majority of the galaxy.

It suffices to say that the basic rudiments that made the first movie so good are present in the second volume as well. Gunn has successfully managed to craft a sequel that not only emulates the first movie’s space opera grandeur and sass but one that amplifies it up a notch. More so, he does not deviate from the central characters like Star Lord (Chris Pratt), Baby Groot (Vin Diesel), Gamora (Zoe Saldana), Drax the Destroyer (Dave Bautista), and Rocket Raccoon (Bradley Cooper).

The movie’s plot revolves around uncovering the following main paths:

When it comes to the film’s visual feel and aesthetic, it is an amalgamation of brightly lit and vivid colours. From the protagonist’s clothes to the made-up galaxies and planet, everything comes to life and connects the audience with the film’s created world.

Everything in the film parallels with the music. It creates an 80s-90s vibe that the first volume used as well. The music isn’t exactly a hit or a miss, but it does have some memorable melodies that exude a sense of nostalgia. Music was an essential part of the first volume, and it remains in that role in this instalment. The aptly named ‘Awesome Mix Volume 2’, which is a gift from Quill’s dying mother, acts as a form of memorabilia and connects Quill to his mother, even in death. Tracks from The Rolling Stones, Queen and other talented artists take up the score of the movie, connecting the audience to the characters as well as adding a melodramatic element to the mix.

If anything, the film’s Achilles heel is perhaps the clutter that’s created with Gunn overcompensating by adding unnecessary elements and characters. Even when one feels overwhelmed by the film’s plot, one can find respite in the beautifully crafted characters. There’s plenty to offer in this movie; the whimsical albeit adorable actions of Baby Groot and his chemistry with other characters (especially Rocket Racoon), as well as Drax’s near to perfect comedic timing.

Other important cast members include Elizabeth Debicki as Ayesha, the High Priestess of the Sovereign, Michael Rooker is back as Yondu Udonta, Quill’s mentor. The adopted daughter of Thanos and Gamora’s sister Nebula is played by Karen Gillan. We get a special cameo of Sylvester Stallone as Starhawk, a high ranking Ravager who has a score to settle.

Michael Rooker in Guardians of the Galaxy Vol. 2 (2017) Photo: IMDb

The emotional depth of the movie falls on Quill’s character; it is explored through him trying to come to terms with his new found father, Ego.

The only negative element surrounding this movie is the first movie of the franchise; it was a sleeper hit than this time round, it seems difficult to fill such ‘big shoes’.

Guardians of the Galaxy Vol 2 is filled with humour and action sequences; it focuses on the road less travelled, and how relationships alter with time. It feels like an AAA+ high budget video game that you have played before, fun when you finished it the first time (Volume 1) but the second time round (Volume 2), you can’t help but get a feeling of been there, done that!

Nonetheless, the film is a whole lot of fun, and for those that are fans of post-credits scenes, stay glued to your cinema seats after the credits roll. There are not one but five post-credit scenes on show here.