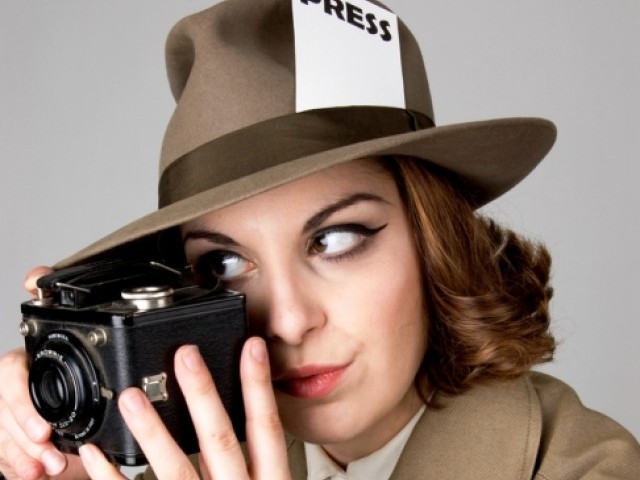 You can use your press card to flaunt your power.

A press card can come in really handy. It doesn’t matter how dumb your picture is on that piece of plastic, you can wear it around your neck and ease your way into concerts or talk your way out of traffic predicaments.

You can use it to flaunt your power at the policeman who has parked his metal contraption in a narrow lane, blocking a series of helpless  vehicles that are forced to reverse and go all the way around. It would have been fuel for another series of ‘our police is so  corrupt’ conversations were it not for the angry journalist who gets out of her car and yells at the policemen, picking up on their ranks by glancing at their plastic nametags and badges and threatens to call their supervisors.

The policemen retract, their authority let out like air from a balloon and with apologies they scamper into the van. “Don’t just move back a little! Take your car and get out of this lane!” The journalist gets back into her car.

Justified, I feel. She didn’t even need to wave her press card in their faces.

But add to that card your own popular TV show and the journalist can turn into the king or queen of everyone’s world.

Earlier this year, when the fogs set in, flights were delayed leaving passengers rattled enough to shake pilots and block their way to the plane.

A pilot I know managed to sneak in through the arrivals (rather than the departure’s gate) to his plane. After making his announcements, apologies for the delay included, he received a message from a fair- faced TV show host travelling first class. “Pilot sey kaho itni baatein karni aatee hain na to meyray show per aaker karay.”

The pilot is 60, not impressed or surprised. He goes out and meets the righteous man who feels weather is something the pilot can control and explains: it’s not. It was the way the journalist spoke – his manner and almost- threatening tone as well as degrading choice of words that disgusted me.

We’re supposed to be cautious, just, balanced – not take our liberty  and step over common courtesy’s borders.