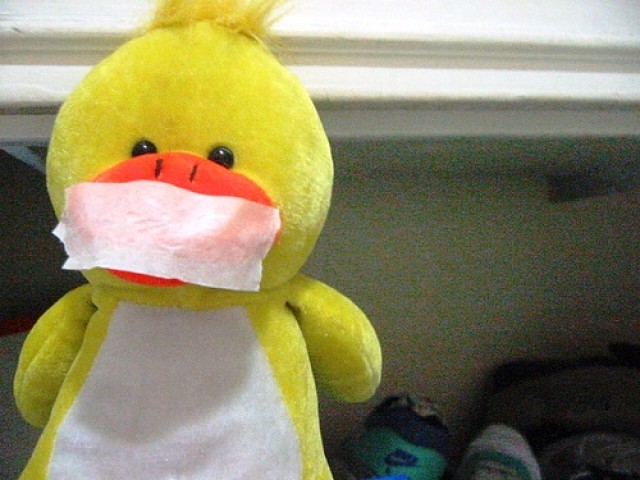 Parents must teach kids that swearing is unacceptable

Every family has different rules for their children and mine is no different. One of the most important rules is that no rude words are allowed to be spoken in our house.

To my surprise, my kids eagerly follow this rule. If they hear a new word, they always ask me whether it is bad.

The other day, both my kids came up to me and said

When I asked where they had heard these words, they told me they hear them everywhere. They told me that even the kids in their class use this phrase.

I was not comfortable with them shouting this sentence at home, school, in malls, playgrounds or at someone else’s house whether or not they added “hell” to the end of it. It just doesn’t sound right.

There are a lot of words and expressions I just don’t want to hear coming out of my 5 and 6-year-old’s mouths.

They should be talking about Disney cartoons, fairies, toys and story books, not saying everything “sucks” or telling people they will “kick their ass” or that someone should “shut up” or this is “stupid”.

We haven’t had any run-ins with the biggies yet and it seems that most of the time I don’t know what I don’t want them to say until I hear it.

From the moment they started talking, I made some ground rules about foul language and I try to implement those as much as I can.

It’s fun to see them telling their friends or the other kids in the family  “don’t say ‘stupid’, it’s a bad word!”

The response that comes from the other side is mostly:

Every child goes through the phase of discovering words that result in immediate worried reactions from parents. The fact of the matter is they usually just repeat what they hear and don’t really know what it means.

The best approach is to ask them what they think it means. When they say they don’t know, you have the choice to tell them the meaning if it’s appropriate and explain why it’s not alright for them to say this word or any other word that they don’t know the meaning of.

This usually works but sometimes they get offended when other kids use those words.

I always tell my kids that their words reflect their personality and they obviously don’t want to present themselves as someone who swears.

I know that I can’t stop this for long since they live in a world where they will be coming across such words, but at this moment they are too young to be that awareness.

I want to hold on to their innocence as long as I can, perhaps till they grow out of it.

What’s totally off limits at your house?

An accountancy student based in Toronto,Canada.

How Saira learned to smile again