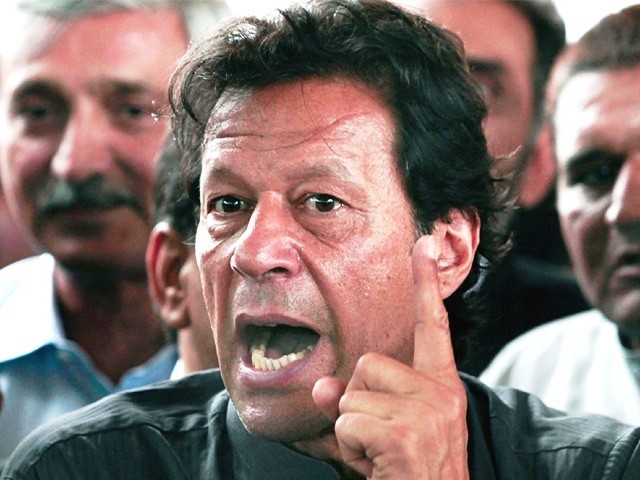 There was a time when I used to literally worship Imran Khan. For me, one of the proudest moments in my life as a Pakistani was when Imran lifted the World Cup above his head. Immediately following the triumph, I went to the market and danced with all those who had gone crazy. Pakistan has always starved for international recognition (in a positive way) and therefore that moment has been permanently ingrained in the collective psyche of the nation.

It was an adulation, which was like the attitude of millions of current Pakistan Tehreek-e-Insaf (PTI) supporters who dominate social media and are extremely abusive, or at least get visibly agitated, towards anything said against Imran.

However, I have changed a lot and now consider the rise of Imran Khan as one of the worst political developments in Pakistan. For some of my friends, who now support Imran and his party, my continuous criticism of Imran is highly surprising. In countless arguments, I have been told again and again about Imran’s honesty and his philanthropic contributions in the form of Shaukat Khanum hospital. And what amazes them is that how could educated people actually oppose Imran when the present political alternatives, at least in their opinion, have been proven to be incompetent and thoroughly corrupt. Imran, in their opinion, is credible and someone who has served Pakistan and has elevated the country’s name in the international arena due to his cricketing and “other” triumphs. He is articulate, speaks perfect English and is charismatic. In short, he’s a handsome role model.

But it is his reputation of honesty which provides the strongest basis of support of many of my friends, who like me belong to the urban middle class. Although some claim that their political support is very recent, but in reality, Imran has been respected for a long time by the middle class. Even in his political wilderness days, many from the white collar class liked him though may not have harboured an active desire to actually vote for him, or for that matter, anyone.

The political emergence is the interplay of a timely push from “friendly forces”, constant articulation of a particular kind of narrative on the media and the poor quality governance, real and perceived, of mainstream parties, particularly Pakistan Peoples Party (PPP) and Pakistan Muslim League-Nawaz (PML-N).

Most important of these factors is the electronic media which articulates and reinforces the urban mind-set. As Anatol Lieven in his brilliant book, ‘Pakistan: A Hard Country’ has put:

“Liberals had assumed that a new media, dominated by educated middle class people, would inevitably therefore reflect liberal and (by implication) pro-PPP and pro-Western positions. This ignored the fact that a very considerable portion of the educated middle class is conservative and even Islamist by sympathy. The media are therefore a microcosm of the Pakistani middle classes, and reflect their views.”

Imran has become the most prominent political face of the broad narrative constantly being churned out by the media. This narrative chiefly constitutes of scepticism about the outside world, “corruption” of PPP and PML-N, desire for “Rule of Law”, and above all, political romanticism that all Pakistan needs is a sincere and honest leader.

Imran fits this narrative pretty neatly as he hails from the same class, projects textbook nationalism (which blends religion and nationalism), always talks about corruption as the main concern, and articulates the inherent belief of many of us that in reality, we are very talented but have been unable to grow due to “dishonest” leadership.

Of course his supporters may not be agreeing to everything he stands for. For example, I know people who are liberal and are against his views with respect to religion but still support him due to his anti-US stand or his vision of a corruption-free Pakistan.

But on the whole, Imran’s supporters are adherent to most, or at least part, of the above mentioned narrative which also automatically creates this desire for an honest Messiah who would lead Pakistan out of problems with his honesty and “national honour” focused attitude.

In my opinion, this is a dangerous narrative and the solutions offered – despite the fact that urban middle class is most educated – are naïve. For his impressionable supporters, everything has boiled down to this. They think that once he is in power, somehow or the other, corruption, which in their mind is the number one problem, will disappear. This strange belief that there can be a “naya Pakistan” only if an honest leader is at the helm of the affairs is something which needs to be feared.

Their belief in his messianic qualities has elevated him to a cult-like status and they are unable to see anything wrong with him. Imran’s “honesty” blinds them to his every political blunder. If someone criticises Imran, he is immediately branded as a supporter of so-called status quo and “corrupt” parties.

The fact that Imran has constantly courted hardliners has simply not registered with his supporters. His constant apologetic defence for the Taliban actually mainstreamed extremism by giving it an “acceptance” in the society. For years, instead of condemning the Taliban, Imran’s focus was to singularly blame western powers and drone attacks. This narrative allowed the militants to penetrate into the society, despite committing horrible crimes, and were being construed as ‘victims’. Instead of revulsion, a large section of the population actually developed sympathy for them. Imran certainly was not alone in perpetuating this narrative, but he was the most effective one. Due to this obfuscating narrative, the government could not muster the essential political will to take a stern action for a long time.

Besides perpetuating an extremist conducive narrative, Imran also undermined the democratic process by not accepting the election results and indulged in petty street politics. For six months, instead of being in the National Assembly and taking part in constructive criticism of the legislation, Imran and his supporters were indulging in outright hooliganism on the streets. His supporters simply followed him, oblivious to the fact that no pre-election survey had predicted that PTI would win. During those six months, the economy lost billions of rupees, the civil-military balance skewed to the latter, and a new kind of virulent agitation tactics got injected into the national political landscape. In the end, no rigging was proved, putting a huge question mark over the rationale for those protests.

Furthermore, in the Panama case also, PTI has adopted the same tactics. Instead of developing parliamentary accountability, it has tried to go for a judicial route which, as I have argued previously, can lead to many problems in the future. Imran’s lust for power is overriding every other concern.

During these four years, PTI has not been a part of any progressive legislation. In fact, it even opposed the women protection bill passed in the Punjab Assembly.

In my opinion, the impact of political parties is best assessed by the way they influence national trajectories. PTI’s impact on Pakistan’s political trajectory is by and large negative. Instead of strengthening democracy and parliamentary practices, PTI has weakened it. Instead of playing a progressive role, it has become the embodiment of reactionary politics in Pakistan.

In our obsession over an honest leader, we are losing the bigger picture. A mature and educated person should not be swayed by simplistic notions that just because Imran is “honest”, he will therefore be somehow best for Pakistan.