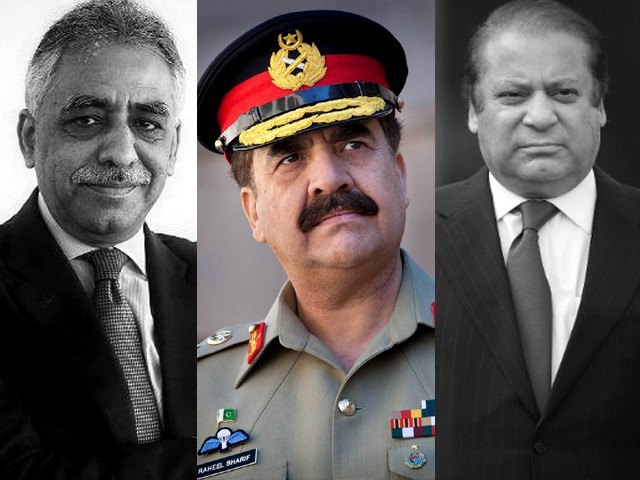 I suppose Mr Zubair thought that by praising Nawaz to the skies, the latter would be gratified.

“The credit for Karachi’s operation goes 100 per cent to Prime Minister Nawaz Sharif”.

Do you know that the number of times Nawaz Sharif has visited Karachi during the past four years is much less than his visits to London and other foreign cities? In fact, during his present stint in power, he has been more concerned with the beautification of Lahore and the Panama leaks verdict during the past one year.

We know, of course, that in the corporate world one has to be a boot licker to get ahead. Among our politicians, Zulfikar Ali Bhutto was perhaps the greatest sycophant, proclaiming that “President Iskander Mirza is a great leader, greater than even Mr Jinnah.” Bhutto even used to call Ayub Khan “daddy” to be in the president’s good books. Ayub himself liked to be surrounded by sycophants, particularly in the last two years of his reign. His advisers, in a desperate effort to project him as someone whose continued rule was essential for the survival of the country, spent millions in a massive publicity campaign labelled “Decade of Development”. One of his generals (Governor Moosa) often said that Ayub was the man who was solely responsible for the country’s progress. The truth, of course, was that the country was in a terrible mess by the end of Ayub’s reign, and the masses poured into the streets and he was compelled to resign. Had Ayub not succumbed to flattery, he would have been remembered as a good ruler.

During Ayub’s rule, the Urdu word “chamcha” (literal meaning “spoon”) began to be used as a synonym for a flatterer and a sycophant. Anyone who praised Ayub would be called Ayub’s “chamcha” and he would be said to be indulging in “chamchagiri” (sycophancy). I have tried hard to find out the connection between “spoon” and “flattery” or “sycophancy”, but there seems to be none. I doubt if we’ll ever know why Pakistanis should use a large spoon as a symbol for sycophancy.

So I suppose Mr Zubair thought that by praising Nawaz to the skies, the latter would be gratified. Of course, Nawaz appears to be the type of man who loves to be surrounded by people who flatter him. So Mr Zubair was doing something which comes naturally to him, and which he knew would put Nawaz in a good mood and make him forget (even for a few minutes) the Sword of Damocles called Panama leaks hanging over his head.

But isn’t it stretching the truth a bit too much to say that all the credit for improving Karachi’s situation should go to Nawaz, when it is evident that he had nothing to do with it, being too preoccupied with other matters to even visit Karachi, except for a few times in recent months? One would have thought Nawaz would at least have done something to get all that garbage on the streets of the city removed if he cared at all for Karachi. What about the target killings that are still a regular feature of life in Karachi? Should Nawaz get the “credit” for all the deaths that have occurred as a result of people being killed for their religious beliefs or ethnic backgrounds? And by the same token, shouldn’t Nawaz be held responsible for the street crimes and muggings which are still common in the city? What about Karachi’s permanent water shortage problem? Wouldn’t you say that Nawaz should get 100% “credit” for that as well?

By the way, governor, doesn’t the Constitution require you to be absolutely neutral and not take sides? You have to be like the speaker of the national or provincial assembly and be absolutely impartial. By openly praising Nawaz for something he did not do, you have, in effect, violated the Constitution.

Governor, you also said that General (retd) Raheel Sharif is “just another general and no one should make him larger than life”.

The general is not just another general; he was the most popular man in Pakistan for three years and he refrained from suspending the Constitution and dismissing the government (as some generals have done in the past). Despite Imran Khan and others expecting “the umpire to raise his finger”, General Sharif decided to uphold the Constitution. He was almost single-handedly responsible for defeating the terrorists who had made life hell for us. So please give credit where it is due, governor. It is General Sharif and the Rangers who made the Karachi operation a success, not Nawaz.

But if you still believe that more sycophancy or “chamchagiri” will help you attain whatever goal you have in mind, the next time Nawaz comes to Sindh, you should present him with a gold crown, as is the practice among “chamchas” in the Pakistan Peoples Party (PPP). That might convince Nawaz that you’d make a good president of the country, assuming of course that the Pakistan Muslim League-Nawaz (PML-N) survives Panamagate and wins the 2018 general elections.