13 Reasons Why: If someone told you they were in pain, what would you do? 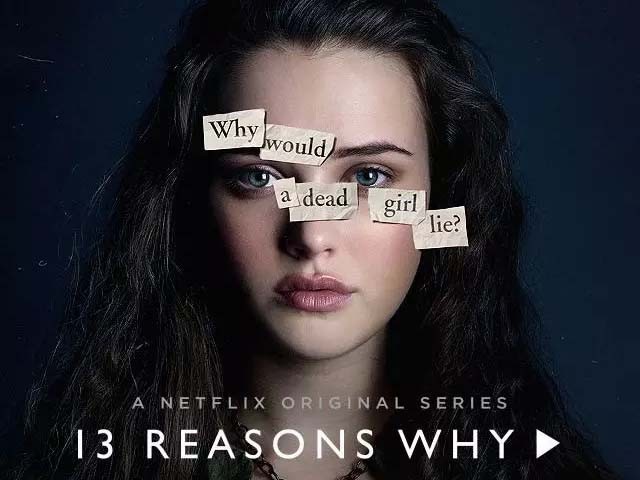 Every moment leading up to Hannah's suicide is a moment too late. PHOTO: FACEBOOK.

She is laying in a tub, fully clothed, the water filled to the brim. Her heart is beating; her hands are shaking as she scrapes the blade onto her wrists. There is blood everywhere. There’s blood on her wrists as she shakes over and over again. There’s blood in the water as it tips over the edge of the tub onto the once pristine white floor. I feel my own blood flowing as I watch, glued to my screen. I feel the lub dub of my heart, relentlessly beating. And then I feel emptiness. I feel nothing at all.

Note: Before you read any further, there are spoilers involved.

I started watching Netflix’s new venture ‘13 Reasons Why’ last Sunday. All I knew was that it was about a boy, Clay Jensen (Dylan Minnette), trying to uncover his friend’s suicide. I did not know of the emotional weight it would carry. I did not know how telling it would be.

Dylan Minnette and Katherine Langford in 13 Reasons Why (2017)
Photo: IMDb

The show explores Hannah Baker’s (Katherine Langford) suicide, and the moments that led up to her final decision. It is not a show about hope. It does not send a positive message. Instead, it is about tragedy, the deep painful kind that keeps you up at night wishing you were anywhere but where you currently are. The show expresses the need for action and how hard it is to come by. Hannah’s story is heartbreaking and raw, and it brings up every toxic thought you have ever had in your life. If there’s one piece of advice I can give you, it’s not to watch the entire show in one sitting.

It’s Monday night, I’m deep in the show. My mind cannot think of anything but Hannah’s pain. I can’t shake the feeling that we are living in a society of watchers, followers and stalkers. And pain, so much pain. Our lives are laced with who does what and who does it better. We are the epitome of the watching generation; sometimes to the extent that we do not realise how much a simple picture can change a life.

Hannah came to a new school, hoping for a fresh start, but what triggered were a series of events that spiked her ultimate suicide. It’s clear that no one should have to feel so alone. But society is funny that way, isn’t it? The way you can be surrounded by people yet feel so alone at the same time? At one point in the series, Hannah says,

“You can’t love someone back to life.”

And that is so real and so true. One of the most important things in life is knowing that people are listening. We speak to be heard and understood, but Hannah wasn’t. She was a victim to the vicious cycle of social media that we so easily pretend does not exist.

Many people will say that the rape scenes or the scenes involving sexual abuse and suicide were too gruesome or violent. But rape is violent, suicide is violent and cinema shouldn’t need to brush over it to make it into something it’s not. It’s supposed to make you feel uncomfortable; people ARE uncomfortable when it comes to talking about these issues in the first place, and the first step is moving out of our comfort zone. We aren’t meant to be cushioned throughout our lives; we are meant to feel even if it is raw and painful. If you claim that these scenes were too out there, do you support hiding rape? Do you support ignoring assault just because it causes you discomfort?

The show talks about how important it is to acknowledge someone’s pain, to hear them out and tell them that they are not alone. Every moment leading up to Hannah’s suicide is a moment too late.

What’s depressing about the ending is the fact that Alex Standall (Miles Heizer) was shot. Did he shoot himself? Or was he shot by Tyler (Devin Druid)? We won’t know. One thing that’s for sure is the notion that Alex was hurting, and his pain was not acknowledged. That’s the reality though, isn’t it? No one noticed his pain; all the signs were there as the show culminated to his (maybe) demise, and yet everyone ignored them. Two apparent suicides, two rapes, sexual abuse, slut-shaming, body-shaming – the list goes on. Every moment is more heart-breaking than the next.

Even the realisation that Jeff Atkins (Brandon Larracuente) has been dead this entire time – what was that? The moment you find out he’s gone just makes everything so much worse. It just goes to show how even the smallest act can change a person’s life.

We are the generation of the selfish. We care too much about what others think but not how they feel. We ignore. We placate. We brush over pain because it’s easier, because pain isn’t pretty. Suicide isn’t pretty and neither is death, but that does not mean we shouldn’t talk about it.

Dylan Minnette and Katherine Langford in 13 Reasons Why (2017)
Photo: IMDb

To all the people watching this show, understand that this does not only happen in high schools abroad. Us Pakistanis are not removed. Just because we live in a society that calls therapy taboo and does not like to speak about suicide does not mean that it does not happen.

If someone told you they were in pain, what would you do? Would you acknowledge their pain? Would you tell them that it isn’t tangible just because you can’t see it or touch it? Or would you ignore it? Most people would probably lean towards the latter.

Did you go to a high school like this? Did you feel this kind of pain? Did you see someone going through something like this? I think almost every high school has these problems. Slut-shaming any girl that dares to be bold, the rumour mill that destroys the sensitive, the ‘cool’ kids and the ‘nerds’ – all these issues occur almost every day in high schools and colleges. Even if it isn’t written in black and white, it exists.

No one wants to talk about the real stuff. We are told that silence is our greatest strength, yet it isn’t. It isn’t at all. When Hannah gets up to read her poem out loud, that’s her trying to break that silence. But ultimately, it proves that her little moment of confidence was completely overshadowed by one boy’s – Ryan (Tommy Dorfman) – moment of ignorance. Reading something personal in front of a crowd of people is terrifying, I know it is, but it’s also liberating in a way that nothing else really is. But for Hannah to have taken that step, and then to have been humiliated in its aftermath was cruel. The way people mocked her for writing something that was beautiful, moving and raw just shows the lack of empathy inherent in our society.

Why are we so apathetic? Have we no courage to stand up against it? Instead, the film industry thrives on normalising these customs. They live for the high school drama and the pained teens. They breed upon the weak and the innocent, but to what extent? The loss of a life? The demoralisation that gravely affects a person’s self-esteem and health?

The point is that this show reveals that normalising teen hardships is not okay. It has its backlash and the backlash is massive. Hannah’s tapes are so eerie and powerful; they express her pain to the extent that the viewers can sense it in every episode. The dark reality that is her life isn’t unique to her alone. There are so many high school girls facing the same problems and yet the Pakistani society ignores them. They ignore sexuality and drive it to the side-lines until they can live with themselves and their perfect picture of what’s right.

Mental health issues are not solely a mind game. They take over the physical body and envelope one into believing that their life is not valuable. So let’s start the conversation, let’s give it room to breathe and help all those in pain.

For all the reasons you think a life is worth ending, just know that there is always one reason why it isn’t.