Taqwacore: rise of the Muslim punks 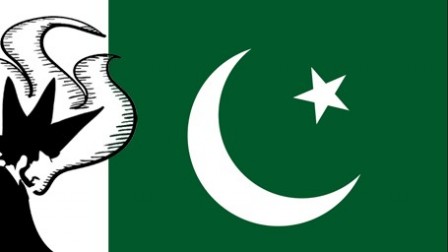 I discovered Michael Muhammad Knight while searching for some obscure punk bands on the internet. Clicking through different portals, spam pages and search engines I ended up on a page that stated The Taqwacores, with a drawing of a bearded man with a Mohawk sitting in the jalsa position saying his prayers.

Muslim punks was a term I never thought I’d hear, but here it was, a fictitious manifesto depicting a person caught between rebellion and Islam, choosing both.

I got hold of the book and went through it within a day. The book is written well enough to keep you engrossed through to the end. The narrator of the book is a young engineering student who moves into a house full of muslim punks who party every night yet wake up to say their Fajr prayers in the morning.

Shocked, intrigued, I searched for more.

Where Knight’s first book on punk spoke about their day-to-day life and the setting up of a Woodstock of muslim punks, the second book talks about muslim punks is an entirely fictional piece featuring Knight himself and the real world taqwacore band The Kominas.

This book, while not as engaging as The Taqwacores, is a decent read. It follows one of the characters from the previous book, Amazing Ayyub, on a mission to kill a pop punk band who have taken the term muslim punk and turned it into a commercial venture.

Knight seems to know what he’s writing about, his experiences in Pakistan as a muslim and then moving back to the US after being advised not to leave for Jihad can be a possible explanation of him creating characters who look towards an Islam that is not limited to a geographical location.

The two books by Knight that I’ve read were an equally enlightening and shocking experience, and they would definitely be shocking for the majority of Muslims the world over, yet there is a quality to them which lends to re-affirming one’s faith. Overall, his writing style keeps you engaged and his works are curiously fictitious enough to be real.

A sub-editor on the web desk of The Express Tribune.

More provinces - or not?

Naval base attack: When will we learn?