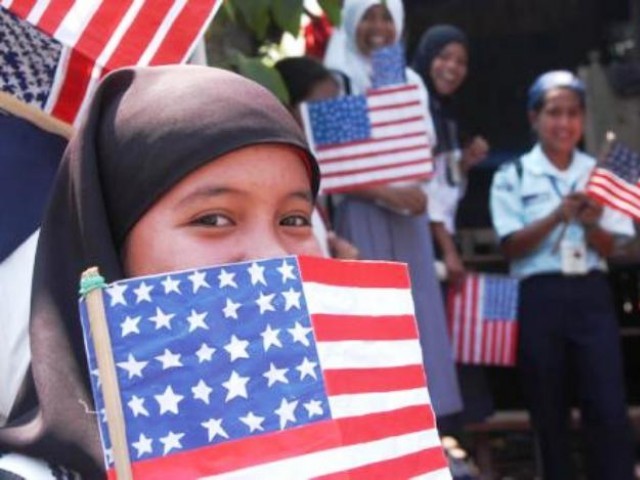 Prior to the horrific September 11, 2001attacks , no one doubted our patriotism towards the US.

Another attack has been made on American Muslims, this time by Congressman Peter King from New York, who claims that the alQaeda is recruiting and training members on US soil. The chair of the House Homeland Security Committee has initiated a series of hearings to probe the so called “radicalisation” of American Muslims in the name of national security.

In true McCarthyistic tradition, the hearings are to investigate if Muslims are “loyal” to the state and whether they are doing enough to curb extremist elements. King says the local threat against Americans is real and must be addressed urgently.

The Telegraph quotes him as saying:

“Today, we must be fully aware that home-grown radicalisation is part of alQaeda’s strategy to continue attacking the United States.”

While Democrats and interfaith leaders fear that the King’s witch hunt will do little but increase terrorism, he remains adamant. King has defended the hearings, by saying that alQaeda terrorists are recruiting members to launch more deadly attacks, so the probe is justified.

While respecting the honourable Congressman’s position, one has to wonder: why now, sir?

There are more than seven million of us in and around the US. We have been tirelessly working in all 50 states, enhancing and enriching the fabric of this multicultural and multi-ethnic nation of immigrants.

We love this country as much as we love the countries where we were born. We have spent more of our lives here our children were born here.

Prior to the horrific September 11, 2001attacks , no one doubted our patriotism towards the US.

But in the last 10 years, we have realised what being Muslim in America means: wire taps, secret investigations, surveillance of our places of worship and the presence of agents in our congregations – all this point to the fact that the many in the government don’t trust us.

Mr King may carry on with the hearing and dig up all the information he wants about us; but he will only discover what millions of our fellow citizens know already.

We were here before September 11 and will remain here no matter what happens.

We pray for God to bless America forever, for it is the land where freedom dwells and justice prevails.