For the US, friends and enemies aren’t important, only interests are 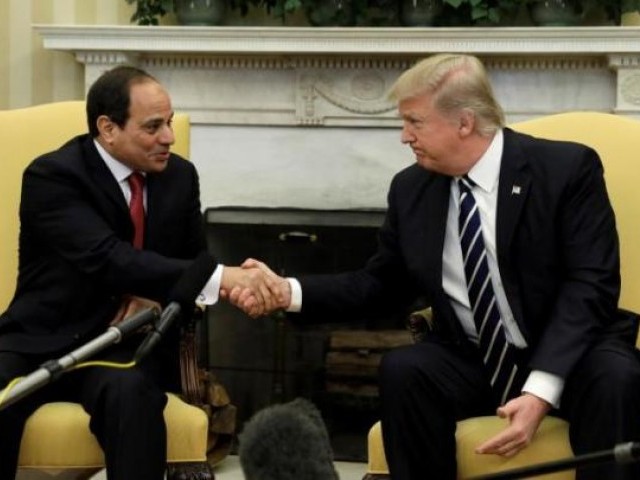 Growing up, we form friendships, alliances and enmities in playgrounds and classrooms. There are clear rules that govern our interactions and attitudes towards those we call friends and those we regard as enemies or our friends’ enemies. It’s mostly cut and dry and there’s very little room for ambiguity.

As we grow up, we begin to see shades of grey and the thick dividing lines that existed in our minds begin to blur. However, somewhere that conditioned perception of a clear demarcation between good versus bad and friend versus enemy persists in our psyche.

International relations are complex. There are layers and subtexts that emerge from multiple influences amongst the policymakers of a country and of course then there are the demands of national self-interest. Just as children vie to establish their credibility amongst their peers in the playground, countries too strive to create a space within which they can flourish.

The expectations people have from countries, especially those like the United States that profess an abiding commitment to democracy, liberty and equality, is that they would uphold these principles in all situations. Unfortunately, realpolitik and naked self-interest are the prime drivers for most countries.

The US has ironically been friends with the most illiberal and despotic regimes on this planet. For all its haranguing of Iran, the US has been cosily in bed with Saudi Arabia. It has gone to war with Iraq over the invasion of Kuwait while it looked the other way as China overran hapless Tibet. The West chose to look the other way during the East Pakistan genocide. The US has used its massive resources to prop up despotic regimes the world over.

It is often said that in international relations, friends and enemies aren’t permanent, only interests are. It is therefore futile to expect anything other than realpolitik from governments. Regardless of who is in power, there is a certain degree of consistency in a country’s policies. That is because the government is so much more than mere executive or the legislature. There are think tanks, advisors, security agencies and many other entities that remain entrenched in the system, unlike the elected representatives. These entities exert a great deal of influence over a country’s policies and diplomacy and ensure that there are no tectonic shifts following changes in governments.

During Barack Obama’s time, the US at least paid lip service to the ideals of liberty and democracy. While the country still acted in ruthless self-interest, at least there was a perception that the guy at the top was batting for a larger, more benevolent vision. However, regardless of the values he personally represented, his administration worked towards legitimising the Abdel Fattah al- Sisi regime.

Donald Trump’s overt outreach to the Egyptian autocrat Sisi, therefore, shouldn’t come as a surprise to anyone. Sisi is seen as someone who can exert control over the Muslim brotherhood and that makes him kosher to the US. Trump is merely taking the process initiated by Obama to the next level.

Trump represents a section of the US population which is more conservative and xenophobic, and therefore is significantly more outspoken about pursuing US interests and adopting the stance his supporters would advocate. That, in essence, is the tragedy of our times. We live under the illusion that liberty, democracy and equality are universal values to be defended at all costs. The reality, however, is quite different. Countries across the world act to defend these values only when it’s convenient for them and when it is in alignment with their larger strategic objectives.

When the US stepped in to fight atrocities against the Balkans in the late 90s, there was a belief that it marked a new chapter in humanitarian interventions. However, that track record has been rather spotty since then, leading to greater cynicism. Since then, most US interventions in places like Libya and Iraq have had questionable ethical justification. Looking away from Boko Haram’s atrocities in Nigeria is just as morally repugnant on the other hand.

As conflicts and repression continue to rage across the globe, the reluctance of the world community to take a stronger stand is distressing. Of course there are no easy and clean solutions in many of these cases, and it has become a matter of choosing between the lesser evils, which is what Sisi is viewed as. There is also a matter of the loss of life and material that can ensue from getting involved in other people’s conflicts. Which of the Americans can forget the sight of ‘Black Hawk Down’, the ill-fated intervention in Somalia?

At the end of the day, compulsions and self-interest take primacy in governing national actions and the West might do well to be a little less sanctimonious and hypocritical. With more populist regimes coming to power in the West, it remains to be seen how muscular they will be in fighting for freedom across the globe.