Destroying Jinnah’s house will not undo the Partition, Mangal Lodha 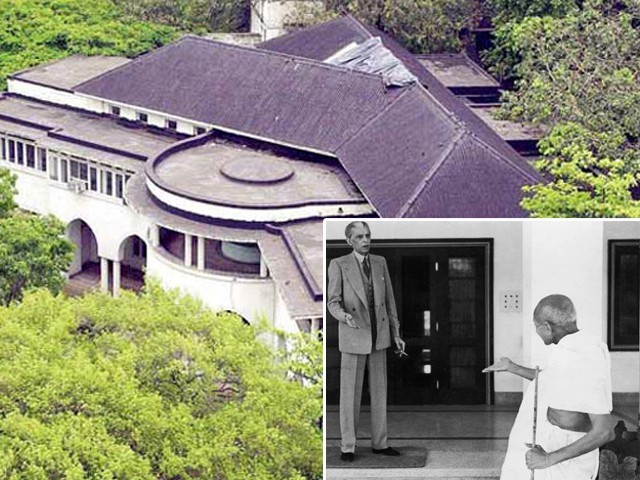 For once, let us break the pattern of kneejerk responses that have defined India-Pakistan relations. PHOTO: MID-DAY & HAMARI WEB

The sordid saga of ultra-nationalism unfolding in the subcontinent took a new twist this week. The Times of India reports that a Bharatiya Janata Party (BJP) lawmaker, Mangal Prabhat Lodha, demanded that Jinnah’s house in Mumbai be demolished and replaced by a centre representing Maharashtra’s culture.

Jinnah’s residence is a mansion in the Malabar Hill area of Mumbai where Mohammad Ali Jinnah resided following his return to India from England in 1936. It continued to be his primary residence till 1944, following which he started transitioning to the Flagstaff House in Karachi where he moved permanently after Partition.

Before anything else, let’s dispense one clarification: jingoism is equally prevalent on both sides of the border. Successive governments have used the spectre of the enemy to justify extravagant defence budgets at the expense of health, education and infrastructure. For much of the past seven decades, Indian and Pakistani leaders have shrouded their corruption and maladministration with the smoke and mirrors of war and the threat of it.

Within the two nations, where a combined 330 million people live in poverty and 150 million lack access to potable water, the most prominent area of competition is nuclear capability. Each country proudly owns over a hundred nuclear warheads, and these stockpiles are reportedly the fastest growing ones in the world – such are the priorities of our leadership.

So, moving on to Mr Lodha and his demand, this delightful gentleman is a textbook example of a purblind mentality widely prevalent in the subcontinent. A mentality that refuses to accept history and attempts to efface all remnants of the past that stand in the way of the dishonest narrative of nationhood it wishes to make reality.

Mr Lodha, the Pakistani dream of nationhood birthed in the imagination of intellectual giants like Allama Iqbal and was brought to fruition by the political prowess of master statesmen like Jinnah. If after 70 years it is all still a “conspiracy” to you, pardon us for suspecting you of both prejudice and ignorance.

Where the artists, poets, writers and everyday citizens of Pakistan and India make overture after overture of peace and rapprochement, politicians like Lodha continue their vile mission to sow hatred and schism. If the speed at which the Rashtriya Swayamsevak Sangh (RSS) brand of nationalism is rising in government ranks in India is any indication, the hatemongers are having a heyday of sorts.

For once, let us break the pattern of kneejerk responses that have defined India-Pakistan relations. Following the precedent of the Katas Raj renovation, instead of destroying the beauty of our multicultural and diverse heritage, let us restore it and preserve it.

Regardless of what the BJP chooses to do across the border, let us refuse to be provoked into such childish tantrums and retaliation. Let us refuse to tolerate jingoism and attempt to rewrite history. Let us, as Gandhi said, “be the change we want to see in the world”.

As for you Mr Lodha, destroying the Babri Mosque did not magically undo the Mughal conquests and the Mughal Empire. Destroying Jinnah’s residence, which I urge you not to lobby for, will not undo the creation of Pakistan. You and the people of these two great nations will be best served by peace. Be an ambassador of peace Mr Lodha, not one of discord.