The curious case of Hussain Haqqani 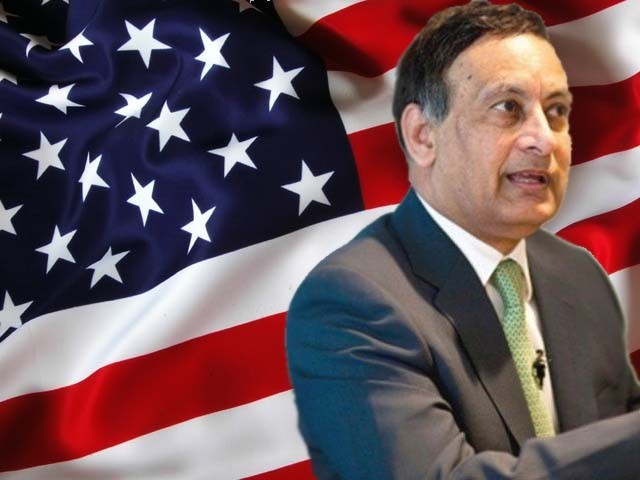 The PPP leadership is going to make you a scapegoat and blame you for everything that they were privy to.

In ancient cultures across the globe, people believed that the gods punished them directly for their transgressions. These punishments would be in the form of droughts, excess heat or cold or simply too much rain. Numerous outcasts or prisoners paid the price as human sacrifices to the gods including children sacrificed by the Aztecs. In certain cultures, the sins of the people were transferred onto a goat by a priest and then sacrificed to pay for peoples’ transgressions. A similar story can be found in the Bible. Hence the term ‘scapegoat’ was born.

I think it’s best to state the obvious at the start of this piece – Hussain Haqqani is going to become Pakistan Peoples Party’s (PPP) scapegoat in the days to come. If anyone has not read it yet, I would recommend reading his piece in March 10th’s Washington Post before you continue. In his article for the Post, Haqqani clearly states that he bypassed official checks and balances to issue visas to US intelligence officials. He also states that this was done at the request of US officials after the explicit permission of the PPP’s government headed by the former Prime Minister Yousaf Raza Gillani and the former President Asif Ali Zardari.

As usual with such a shocking exposition of facts, the PPP has vehemently denied any wrongdoing and is of course distancing itself from the whole affair. There is a catch here however. Does the public really know who was allowed to enter Pakistan? What exactly did “civilian aid to Pakistan … enhanced to record levels” buy the Barack Obama government?

In order to give the readers a little historical exposé here, I shall quote an incisive work on the subject by one of the leading yet highly underrated investigative journalists of the western world – Jeremy Scahill. His book – ‘Dirty Wars: The World is a Battlefield’ published in 2013 by Nation Books – contains six chapters on Pakistan and the unconventional warfare or ‘Black Ops’ that American special forces were conducting inside our borders during the George Bush and Obama years.

For the sake of brevity, I will only discuss the years that Haqqani remained Pakistan’s Ambassador to the United States, which was from May 2008 to November 2011. Haqqani mentions in his Washington Post article that he had already started courting the then Senator Obama through his aides in order to secure a favourable position for his (PPP’s) government in anticipation of Obama’s coming to power.

Scahill’s book outlines in detail, the extent of CIA’s ‘escalating drone program’, which Obama inherited from Bush. Despite the aura and façade of a man of diplomacy that the ‘Nobel Peace Prize’ afforded the former president, he was unfortunately more dangerous and a bigger warmonger than Bush Junior ever was. At least Bush could be let off given his overt stupidity and the brunt of his daddy’s friends he had to bear; who were his advisers and held all the top positions in his cabinet. Senator Obama was erudite, soft spoken and an adept diplomat; traits he used to his utmost when dealing with issues publicly but behind closed doors, he was any special operations groups’ wet dream for a Commander-in-Chief. Obama authorised more covert actions inside countries America was never at war with than Bush could probably spell correctly.

“The US policy was to inform Pakistan of attacks while they were under way, or minutes after they had been carried out. President Obama approved of the shift, which brought with it an uptick in drone activity, and he ‘fully endorsed the covert action program’…. Part of this program, which Obama was read into by outgoing director of national intelligence Mike McConnell right after the election, was a HUMINT network inside Pakistan” (‘Dirty Wars’: Page 250).

For readers unfamiliar with the jargon, HUMINT stands for ‘Human Intelligence’ or intelligence collected at the source by human assets rather than technological spying ala the revelations of Edward Snowden.

According to Scahill, the Obama years saw an expansion of the human intelligence network inside Pakistan part of which was to support the intensifying illegal drone strikes program. However, the CIA was not the only player seeking to enter Pakistan for ‘intelligence purposes’. Obama’s development and extension of Joint Special Operations Command (JSOC ), which was authorised by the White House to carry out ‘kill / capture’ operations inside any country considered a threat, spilled over into Pakistan. As expected, other more deviant ‘players’ also entered along with them.

“JSOC had its own intelligence operations inside Pakistan and, at times, conducted its own drone strikes. At the centre of both the JSOC and CIA targeted-killing programs were members of an elite division of Blackwater, who assisted in planning the assassinations of suspected Taliban and al Qaeda operatives… and other sensitive actions inside Pakistan” (‘Dirty Wars’: Page 251).

To sum up, our civilian government allowed the unchecked entry of not only the CIA but also members of elite ‘black ops’ soldiers, JSOC and of course the infamously out of control mercenary army, Blackwater. All this was done to appease the US government in order to secure ‘civilian aid to Pakistan, enhanced to record levels’.

For readers interested in going through the leaked list of the 36 ‘named’ CIA officials allowed unchecked visas into Pakistan by Haqqani, can read it here.

January 2011 publicly saw the serious ramifications of such unbridled access given to the CIA. Raymond Allen Davis, a known CIA agent shot and killed two men in a busy market in Lahore. What transpired afterwards was the most publicised trial of a foreign national in Pakistan. Davis, a beneficiary of the free-for-all visa policy of our civilian government was caught red-handed with high tech surveillance and espionage equipment.

“A check of the numbers on his multiple mobile phones revealed calls to twenty-seven militants from the terrorist group Lashkar-e-Jhangvi (LEJ) and Tehreek-e-Taliban (TTP), the Pakistani Taliban, according to Pakistani law enforcement sources quoted by the Express Tribune” (‘Dirty Wars’: Page 405).

Security officials investigating the case asserted that Davis was in contact with terrorist organisations to the effect of ‘masterminding terrorist activities’ within Pakistan.

To my mind, a few pertinent questions arise here. Why are our civilian governments so blind and power hungry that they are willing to sell the nation in exchange for foreign aid? If known ‘black operatives’ are being wilfully brought into the country, what do you expect is going to happen, the end of terrorism or exactly the opposite? Blaming our security agencies for their failures is a favourite pastime for our political community, however who are we to blame when these ‘terrorist facilitators’ and ‘foreign operators’ are handed an open invitation by the same community?

Haqqani, you and your government are traitors. You sold our national security for your careers, petty dollars and evenings with fine wine and soft music. The PPP leadership is going to make you a scapegoat and blame you for everything that they were privy to. Since you are in self-imposed exile over the already treacherous ‘Memogate Scandal’, neither you nor your cohorts in this matter will ever face trial.

It is our country that is dead).