Dear misogynist from Parhlo, this is what Pakistani feminists want you to know 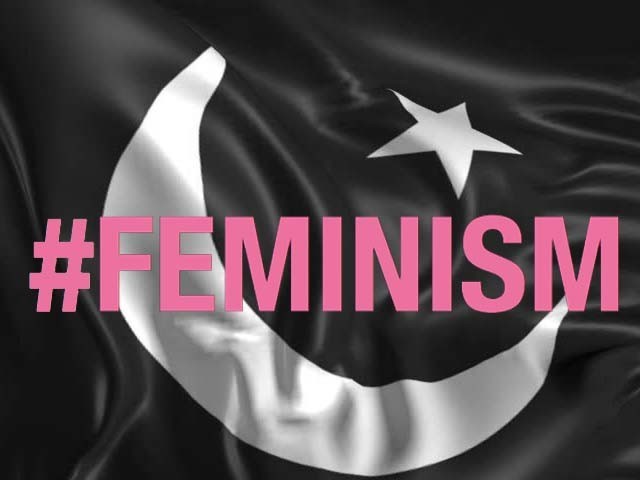 Lastly, the need for feminism will only be over once there are EQUAL rights for women.

I came across an article on Parhlo today, and infuriated does not come close to encapsulating how I feel, so here’s my response to it. Before you start calling me a “feminazi” – listen closely. The roots of feminism lie in finding equality; it is not about disowning male rights, or putting women above, it is about finding an equal ground that pleases both genders. Questioning, or challenging or taking offense to feminism makes you a sexist, plain and simple.

Sidenote: Feminists and feminazis are not the same thing. You cannot possibly equate the two. Feminazi is a derogatory term used to dismiss and silence women, and it does not even stand in this argument.

I see women everyday grooming their daughters into the perfect wife, bahu, daughter but what about the perfect thinker? Doer? Believer? Why aren’t we teaching our daughters to thrive, why are we teaching them that silence is the best answer?

Picture this: I’m out at a relative’s house for tea. Be careful what you wear, my mother says. I must wear shalwar kameez because what would they think if I show up in jeans and a tee? Tauba Tauba, she is not wife material. Puhlease, who cares about being wife material if you aren’t even allowed to be a person before that? Not me, that’s for sure. I couldn’t care less what the rishta aunties say or do. But it isn’t about my caring, Mr Misogynist. It’s about society – yes that’s right – society DOES restrict us. Am I allowed to choose how I dress? No. Am I allowed to choose where I go when I want? No. Because of society. We women are limited to private spaces because public spaces are reserved for men.

When I get to said relatives’ house, I am told to smile, sit politely with the women and sip on tea that to be honest, I don’t even want. I am told not to speak loudly, not to cross my legs like that, not to move or breathe or act in any way that is not ‘lady like’.

So, today, I’m going to answer all of your questions. Which just by-the-way, are in fact eight questions. I think that says something, no? You couldn’t even come up with 10 questions to pose an argument.

1. Do you really understand the movement you’re diehard supporters of?

The answer is YES. Why on earth would we fight for something we do not understand? And you, my friend, should not question something you do not understand either. The movement stemmed from the belief that women should not be limited to certain aspects that men are given the rights to, and yes it has grown boundlessly but we are not even close to our goal.

Men and women’s rights are not always synonymous. Today, patriarchy seeps through the fibres of our society and if we do not raise our voices to fight for our rights, we won’t get anywhere. Are men forced into marriages they do not want? Are men stared at every time they wear jeans and leave the house? Are men told that they should not voice their opinions because that makes them less ‘masculine’? Are they told to smile and look pretty as a series of women come and question if they are good enough for their son? I didn’t think so.

2. Don’t you think that you already have the rights you are demanding?

I don’t even want to dignify that with a response, but for your sake, I will. Yes, a privileged few of us have the right to education but is that seriously something you want us to celebrate? That’s a basic human right. But the problem stems from parents not allowing their daughters to pursue higher education, it lies in teachers coercing girls to study humanities over engineering or medicine (Yes, that does happen). In AS Levels, I chose to take Biology and my headmistress said to me,

“Darling wouldn’t you be better suited to a subject like Sociology?”

Darling, I’d be better suited to whatever pleases me. This problem is so deeply rooted in our cultural background that some people tend to ignore that it even exists. Silence is not the answer; pretending it will go away is not the answer.

3. Where are the ‘strong and independent women’?

Strong and independent women exist. They are all around you, if only you’d open your eyes. Sometimes, we aren’t given the choice. I don’t see how you would understand because you do not have the same restrictions as we do. Who said that women do not raise their voices? Who said that they don’t fight to get out of a forced marriage? Recently, I heard about a 17-year-old girl who was forced into marrying a 30-year-old man. Her parents arranged it, his parents okay-ed it. Her aunt fought against it. But she was quiet because she was afraid. She was afraid because in a society like ours, you are told not to question your elders. You are told that they know best. Some people do not have the exposure to know more.

So when you talk about the right to education that we are so graciously given, did you take into account all the girls that are not allowed to leave their houses? Since girls have a limited access to education, the number of opportunities available to them are considerably low. Education is the tool that provides power, and without education, female empowerment is close to impossible. There are girls that sit at home and learn how to perfect their rotis, while their brothers go out to school because they are told they have to be the bread-winners of their houses one day. Is this justice? Is this equality? You tell me because from where I’m standing, it sure as hell isn’t.

4. What are you doing to prove that women are as capable as men?

Yes, we have the women’s protection bill but is it actually enacted? Yes, there’s a fine against forced marriages but that is more often than not implemented.

There was this girl who worked at my house a few years ago. Man, was she smart. She was studying for her matric exams; she wanted to get a job, any job that didn’t revolve around house work. She began working at my aunt’s shop; she handled the books, organised the displays, and she was happy. But one day, she came home after 9pm and that was her last day of work. You know why? Because she got home after her brother. Because we live in a society that adheres to the notion that women cannot stay out late, and they cannot be independent.

We don’t need to prove that women are as capable as men. It’s a fact. Have you done your research? Maybe there are fewer women in the labour market because of the amount of discrimination they face? Did you take into account harassment at the workplace that occurs more often than not? What about the fact that women earn 38.6% less than men? Did you ever think about that? Probably not because in your case, ignorance is bliss.

5. Do you really think the patriarchy is the problem?

If you think patriarchy is not the problem, you have a problem. For generations, women have been pushed to the side because of the social construction of gender in Pakistan. There are pivotal roles pre-set for women. They will grow up, become good wives, good mothers, then what? Are they ever told to work on themselves? To flourish as a being as opposed to always being attached to the man in their lives? You say,

Mr Misogynist, that is not a fact. It’s hearsay and this is the essence of the problem. Why does one gender have to be in control of another? Why does our evolution have to rely on patriarchy?

6. Why is there such hypocrisy in your movement?

Why is there such hypocrisy in your questions? Firstly, feminists are not the only people who say that men objectify women. You cannot blame mothers for something that lies in the mind-set of society. Mothers shape the way we think, but that too, in accordance with the patriarchy because in effect, it is the patriarchy that forms that matriarchy. Aren’t fathers around too? Aren’t they also teaching their sons? Growing up is pivotal in establishing notions between right and wrong, and if you grow up in a society that constantly sees the submission of women at the will of men – how are children supposed to learn otherwise? Don’t blame mothers because they are not at fault. I’m not saying that all men are a certain way because I do not believe in generalising, which clearly, you do.

7. Why don’t you start a movement for Islamic rule?

You seem rather misinformed because women do not have more rights than men, so please, study your subject before making tall claims. Most of the time our society breeds upon the cultural as opposed to the religious. Are you forgetting that most of Pakistan’s population is illiterate and thus they do not have the exposure to religion that we do? They are not educated between right and wrong, all they know is the culture and tradition that lives around them and thus they adhere to that.

8. When do you think the need for feminism will be over?

Lastly, the need for feminism will only be over once there are EQUAL rights for women. Once we have the same opportunities as you. Once we can roam around freely without constantly being evaluated, questioned, and reprimanded for our actions. Do you see that happening right now? Do you see equality for us? Because Pakistan is ranked second last in the Gender Equality Index. Forget the West, we are looking at Pakistan here, today, right now and the picture is not pretty.

Please keep your winks to yourself because we don’t want them. Maybe it’s your bruised male ego that thrives upon attacking feminism, or maybe it’s purely ignorance. Either way, saying “I love women ;)” is condescending and phrases like this are exactly why we need feminism.

Feminism does not equate with man-hating, in fact it’s the opposite. The problem is not about who is going to protect us, because we can protect ourselves. It’s about countering that harassment in the first place.

What’s the right way to go then? Feminism is fighting for women’s rights, and if we don’t have that, what do we fall back on? Patriarchy? Because that sure as hell isn’t going to fix anything.