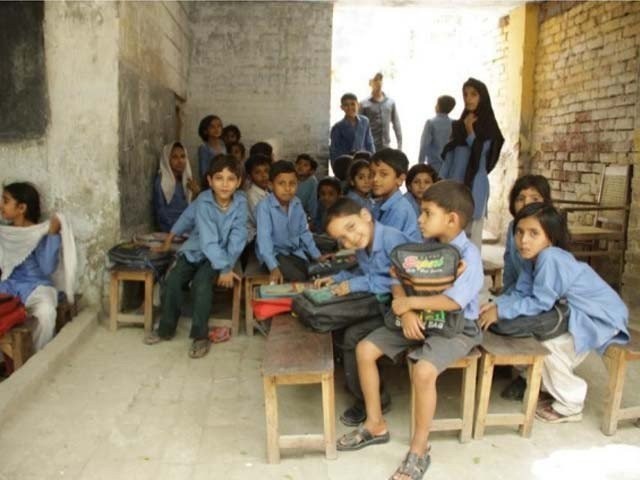 “I don’t know, sahib. He is immature, he used to say, ‘these teachers are planting seeds of ignorance’ things like that. You know how children speak”. PHOTO: FILE.

“How many times has he come already?”

“This is the seventh time, sir”.

“Okay, might as well listen to him now. Bring him in”.

The man that came had a hunched back, as if the world around him had shrunk and he had adjusted accordingly. Adjusted perfectly, actually. It was the most comfortable hunch he had seen.

“It’s about my son, he’s been detained by the police for over three months, and he hasn’t committed a crime. We just need your help sahib”.

His personal assistant (PA) flinched around him,

“Sir how is this imbecile speaking to you?”

“Calm down, Arshad, he is speaking normally. What’s his name?”

The PA was staring down the old man and was feeling visibly uncomfortable. By his hunch or by his downcast eyes, he couldn’t figure it out.

“Which division are you from?”

Turning to his PA, he asked,

“Know anything about this case Arshad?”

“Sir, this is the same story you heard earlier, the grade 10 student that was harassing the teachers”.

“Sir, don’t bother. Seems like someone with mental issues”.

“Sir, he was not letting the school teachers in the school”.

“He had made question papers for each grade and he wasn’t letting the teachers inside the school gate unless they solved those papers”.

“Like I said, sir, he was a nutcase. He should probably be in a mental hospital as opposed to jail”.

The politician was intrigued, though. Or maybe bored, so he pushed,

“Does your son have mental problems?”

“Then why would he do such a thing?”

“I don’t know, sahib. He is immature, he used to say, ‘these teachers are planting seeds of ignorance’ things like that. You know how children speak”.

“Sir, don’t listen to him, children do not speak in that manner. We’ll take care of it, you can go from here”.

“Sir, we have other cases for today”.

“They can wait Arshad,” he said nonchalantly.

He was enjoying listening to this bizarre case. Arshad gave the old man a look of bureaucratic vile.

“What else does your child say?”

“I don’t know sahib. He was a top student till the seventh grade. He didn’t need any teacher’s help and used to do all his work by himself. He loved studying. He loved going to school, and you know how bizarre that is”.

“Till the seventh grade he used to ask innocent questions about things he saw around him. Like the colour of the sky, the shape of the clouds. And we ignored him. Or laughed it off. But he somehow found a book here and there and got lost in that. He didn’t bother anyone so we were indifferent”.

“Okay, so what happened in the seventh grade?”

“I don’t know sahib, maybe it was the new teachers”.

“Sir, you know the new teacher recruitment plan that was inacted three years earlier. You know about the cases of transfers and all”.

And he rubbed his fingers and smiled denoting a past that was lost to the old visitor, His smile somehow stung the politician.

“Okay so what about these new teachers?” he asked gruffly.

“I don’t know, sahib. My son’s love for education began to change. He suddenly began to ask strange questions. About people. Especially, his teachers and school administration. He began to question their decisions. Their absence. Their knowledge, complaining regularly about them not knowing their subjects”.

“How dare he?” The PA exclaimed.

“Sir, why are we still listening to this nutcase?”

Knowing the politician was listening, the old man continued,

“Sahib, in the eighth grade, he stood outside his class and refused to allow a teacher to enter who had been absent for two weeks”.

“Why had the teacher been absent?”

“Sahib, you know. The regular. Weddings, funerals and he just wanted to stay at home. But when my son blocked his entry into his class, the teacher tried to hit him with a stick, but he caught hold of the stick”.

“No, he just held it. He was suspended for a week”.

“My son, of course, sahib. And then this continued for two years. I hardly know how my son made it through with his antics. But then in the 10th grade, he was expelled”.

“For being a bad influence on the other kids. You see, sahib, his strange questions were being echoed by other students. They were learning how to be fearless. They were starting to look at teachers straight in the eye. Not with hate or disrespect but in a strange way. They were finding their own voices”.

The politician was surprised by his own outburst. He placed his hand on his chest. There was a strange sensation somewhere. He looked again at the old man, and saw that he had had no hunch. He had been looking straight in his eyes. All this while. Why was there no semblance of subservience about him? He stood with crossed arms! How could he have missed that? How could he have imagined his arms to be folded on the back? And that look. That stare. How long had it pierced him? There was no vengeance in that look. And when he searched his eyes, he found no fear. No fear! He was yet to see such eyes.

The politician knew that the old man had not just come to talk about his son. He had been waiting for this interaction for a very, very long time. And it was then he realised that he had not even used sahib in the conversation. Mustering some strength in his speech, the politician began,

“How many students are in your son’s school?”

He turned to his PA, his eyes brimming with anger or hatred, for him or himself he didn’t know.

“How many schools are we in charge of in this district?”

“95, sir,” he said softly, subdued by the earlier outburst.

“Do these schools have similar student populations?”

“I don’t know sir. Let me get a calculator”.

Turning to the old man, but with eyes downcast, he asked,

“What do you want from me?”

But as the question came out, the politician knew that some of our questions already lie answered inside but somehow we still ask them.

He began to leave. But as he was about to exit, he turned around, and with a smile, said,

“You should have no confusion about who the criminal here is, sahib”.