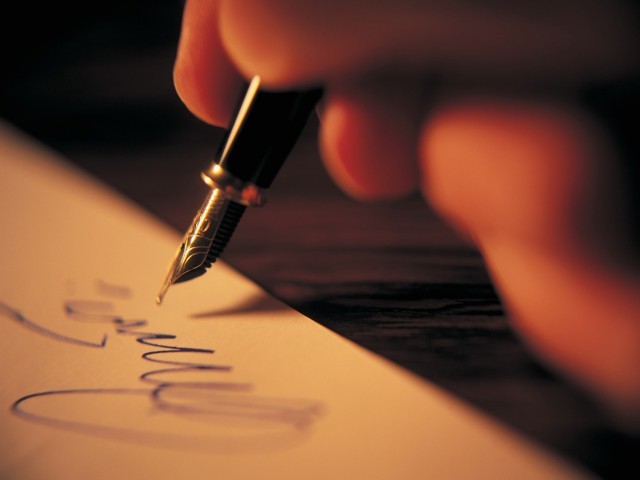 Government agencies dealing with culture, creative arts, scholarship and other such intellectual matters may not have played the progressive role they were supposed to, or could have, even remaining within the strait jacket of their stated objectives, but overall they have been far more productive and active in their fields than other areas under government control whose performance has generally been quite dismal. Take for instance water, power, industry and agriculture. Their poor showing is responsible for our present troubles. In comparison cultural bodies dealing with arts like the Lok Virsa, National Language Authority (NLA), Pakistan Academy of Letters (PAL), National Book Foundation (NBF), under their non-professional, non-bureaucratic and non-political heads have fared a lot better in terms of activity and output. I was only acknowledging this in my column last Wednesday when I said that Iftikhar Arif is a genie when it comes to work. But my editors deleted this comment thinking perhaps I was paying an unjustified compliment. Perhaps my mention of the bottle in which genies traditionally reside and which, I said, Iftikhar Arif, being an absolute teetotaler, does not inhabit, was not appreciated in the spirit of jest the metaphor was used.

The NLA has produced around 5,000 pages or more of highly useful material in less than a year of his present tenure. His predecessor, Prof Fateh Mohammad Malik, more interested in the functional aspect of the language, had amassed a large fund of lexicographical stuff before leaving the post. We need to give credit where it is due, particularly when there is so little around to feel satisfied about.

Meanwhile Kishwar Naheed has returned from Delhi with a sprained ankle and much juicy gossip. The Faiz centenary conference was inaugurated by the Indian President at the Vigyan Bhavan. Clad in sari and full sleeved blouse (stress on full sleeves) the President confessed how she adored the sweetness of Urdu poetry and how the strains of Faiz flow across the borders unhindered. The conference was organised by the Progressive Writers Association (PWA). From Pakistan side, Rahat Saeed was participating with a 17-man delegation including Abid Hassan Minto and Agha Nasir. According to Kishwar Naheed the Pakistani side had more progressives than poets or writers representing the PWA. Kishwar read a paper on the resistance poetry of Faiz and also read her poems at the Mushaira. She was the chief guest there. Singer Tina Sani sang for nearly two hours to the warm applause of a very appreciative audience numbering in thousands. Jagjit Singh also sang but his rendition of Faiz was somewhat of an artist less familiar with the idiom of Faiz’s poetic melody. ‘Lazim hai keh hum bhi dekhengey’ created a virtual tumult. Indian writer Ashok Vajpai read an essay on the poetry of Mahmood Dervesh and Faiz Ahmad Faiz. Arundhati Roy told Kishwar Naheed this poem of Faiz was an anthem of the down trodden outcasts who were fighting caste oppression in her region.

We all know Tariq Shahid, a factotum the PAL cannot do without. Like a good son that we never suspected he happens to be, he has published the humorous poetry of his late father, Mehboob Aazmi, who in the words of Urdu’s great humourist Mushtaq Ahmad Yusufi had command over language which he employed remarkably to sparkle the humour of his verse. He wrote mostly about social and political issues with rare ease and light hearted irony. Tariq Shahid promises another volume of Aazmi’s ghazals.