There are no favourites in the World Cup 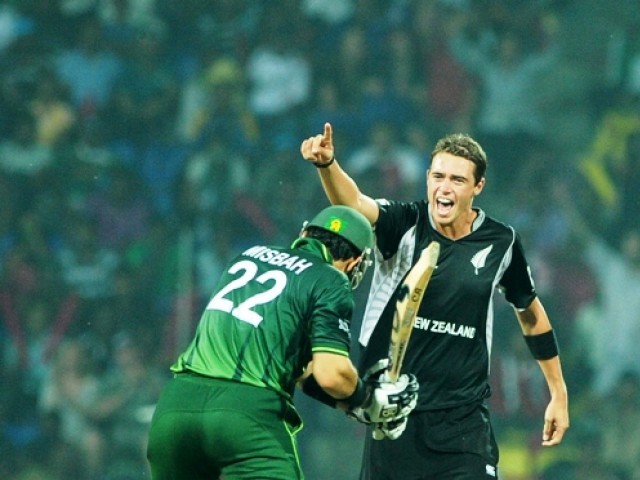 As the World Cup progresses we become even more unclear about who the eventual winner will be. No single team has been able to stand out, so far.

When the event started, there were a few teams that appeared to be visibly ahead of the pack and were clear-cut favourites, or at least definite finalists. Foremost among these names were India, Sri Lanka and Australia.

But India have one huge weakness. It seems they lack the ability to defend anything but the biggest of totals. To post 330 plus and still not win on home turf? It seems like a tough pick, if one was to name even a single match-winning India bowler. They just don’t have any.

And then we had names on the list of strong contenders, of resurgent sides like England, a team many believed had finally discovered that killer instinct, the ability to close out games when the going got tough. Many also felt that England had finally grown some spine and would be able to take it to the next level when the crunch was on. With exciting batsmen and a good strike bowler in Stuart Broad, this tournament looked to be the best chance ever for England.

It may be a one-off defeat to Ireland, but England have had a few issues in their other games as well. A narrow win against Canada in the warm-ups, the inability to close out the game against India and the less-than-convincing victory against the Dutch raise questions. They fought well against the South Africans, but overall, they don’t seem to have the muscle needed on subcontinental pitches. I think England will be going back without the Cup, yet again.

The South Africans, ever the chokers, choked yet again against England. It’s early going still, lots of games to be played but South Africa will have to play much better now.

Australia are still the world’s top-ranked One-Day International team, but they have yet to come up with an explosive performance. Still no 300-plus total, and still no devastating victory. What could have been a real test for them, against Sri Lanka, was washed out by rain. Although in their defence, it did seem as if the Aussies had the upper hand. What they have going for them so far is consistency. Unlike a lot of other teams they have not shown any fluctuation in their performances. Maybe that’s just what we need to win the Cup.

That brings us down to Sri Lanka, Pakistan and New Zealand. New Zealand’s first big test will come against Pakistan today, but so far, they have been the only team to treat the minnows the way they are supposed to be treated – with disdain – no disrespect to the smaller teams of course.

Sri Lanka faltered against Pakistan, and were not firing away in the abandoned game against Australia either but they are still in my list of potential champions. Simply because they have got more match-winners than any other team.

No one was taking Pakistan seriously until the start of the event, but they have the same thing going for them, the surprise factor, and of course, the Afridi factor. The focus seems to be shifting and it would be a mistake to not take these last four sides seriously.