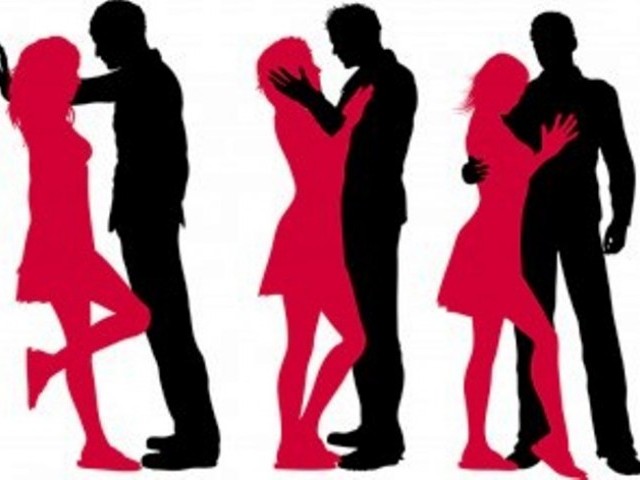 Don’t ever bring up his flaws, nothing is ever his fault.

The following piece is the result of an opinionated writer’s bias. Though the writer herself remains miserably devoid of any male attention, she likes to learn through other people’s experiences. Her piece is based on the experiences of many, many married acquaintances.

Mom is an infallible angel. The only way to achieve harmony in your relationship with him is to understand this vital fact. Don’t question or contradict this lady who will steer the boat of his life, while you will remain one of the many passengers on-board. She is the average Pakistani mother-in-law and her word will be the final say in most matters – marital or otherwise.

Your bathroom fittings and daily wardrobe may also fall under her probing influence. Her cooking is the benchmark that you should aspire to reach. Aspire only, for you will never be able to match her gourmet skills.

And no, he will not cancel the Khawateen Digest subscription to get you The Economist.

He might pretend to like Tangled, but he really doesn’t. His tolerance towards movies of the like is a toady façade of politeness, an attempt to ingratiate himself with you (for nuptial reasons) or a “please, cheer up” measure after a particularly fiery quarrel, which obviously was all your fault.

He’d rather you give up your chick-flick obsession and watch Hum TV dramas like his mom (preferably with his mom).

He secretly dreads cinema detours because your ladyship has to be driven to a decent restaurant for a meal afterwards and not to Nagan Chowrangi Nihari House where he likes to go with his cronies to eat nihari and drink lassi and burp without embarrassment.

3. He knows more swear words than you think he does

Despite his urbane style, he has a knack for swear words with grotesque sexual connotations. He has picked most of them up on his Nihari eating pursuits at Nagan Chowrangi.

He might seem like a harmless while he placidly puffs on cigarette, but he is silently serenading your ex-boyfriend with a tirade of swear words.

4. Beauty over brains – end of story

He doesn’t care if you can recite the Odyssey at the drop of a hat (probably hasn’t even heard of that magnificent work).  He prefers that you look pretty and sit silently while passing occasional smiles to his mom on the breakfast table; rather than have spirited discourses on the morning news headlines with his father while bearing huge eye bags because you were up memorising the Odyssey all night.

Please don’t brush your hair in the car. Step out on the side walk to do it. Buy candy with the money that is tossed at you.

Or your new earrings or your manicure. Aversion to detail has been vested in him by nature itself. He can’t tell cyan from turquoise or fuchsia pink from magenta, or magenta from maroon. It’s either pink or not pink.

No, he will not catch any subtle looks you give. Either you say it in words, or you don’t say it at all. This man is Saeed Ghazi’s nightmare. But yes, he will definitely notice the extra flab you’ve recently acquired while trying to drown your vexations in the ghee-laden gajar ka halwa that his mom’s been making (and secretly eating despite her soaring cholesterol levels.)

He thinks Sharmila Farooqui is a vile woman whose first name is misleading. He thinks she is an exhibitionist who comes on TV only to display her new hair streaks and designer shalwar kameezes.

Obviously, as an average resigned-to-home Pakistani girl you are thoroughly in awe of the lady’s austere confidence in herself. But no, he does not care about how wrong or right her views are, so stop asking.

What she says can never be of consequence because she is just a “shameless” woman who does not know her place. He thinks women should all sit at home in peace and help reproduce for their husbands.

Shareef girls personify the excellent merits of womanly impassiveness to the extent of having just no opinions at all.

Shareef girls just watch the news, and then gasp, pat their bosoms (Lollywood style), shed a tear or two of commiseration and then quietly recommence the discussion on the news-caster’s wardrobe with the average Pakistani sister-in-law.