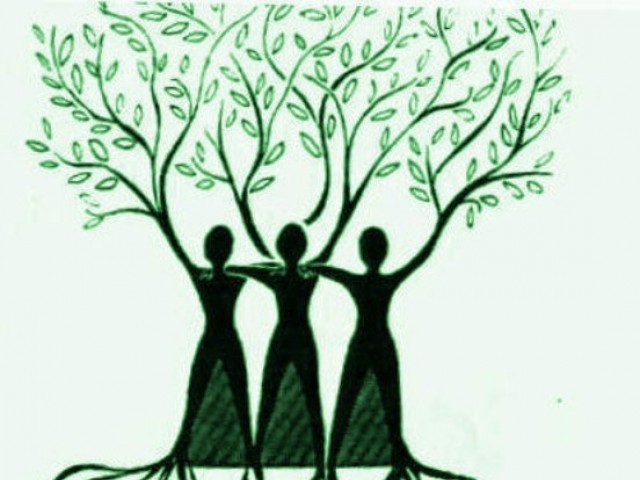 We need wise women to have a voice. In the words of Bill Clinton “it is all about the economy”.

I am amazed at how the Pakistani woman has evolved in the last 20 years. Away from the land of saas bahu TV shows, she is well aware of her rights and will not be intimidated by male co-workers. In fact, she is most likely to outperform them and get that promotion!

Our mothers fought for options – so that we could choose between staying at home or going out to work. But I feel that it is compulsory for every woman to have some form of part-time, flexible hours work, even if it is not the 9 to 5 rat race.

Right now, women have fairly low participation in the formatted workplace compared to our neighbouring countries. Seventeen per cent of women work in urban areas in Pakistan while 35 per cent in India work.

Here’s my advice: go teach a course, volunteer at a hospital or freelance from a home office but remain a worker.

An increase in the number of working women will mean that there are more women to mentor, network and support newcomers and also that the lone female maverick will feel a lot more comfortable staying back late amidst male colleagues.

I worked for two years in a predominantly male dominated environment and while the boys club made me feel a tad bit isolated at times, I never felt an ounce of discomfort despite pulling in regular long hours  – what it did however was drastically increase my sports trivia knowledge!

So go out and work so that we do not have work places where despite the 20 female employees, there is no separate bathroom for women; where crèches in major work places and commercial areas are a norm.

Your job, your money

It has been reassuring to see more women entering the work place be it in the traditional roles of doctor, lawyer, banker or in upcoming sectors like media, retail and fashion.

This is a positive change both economically and socially. Consider this: the rapid increase in beauty salons in the past decade is a testament that women have more income at their disposal and are willing to spend it as they see it fit.

If you don’t believe me, compare the number of times women today go to the salon compared to their mothers.

Ready made women’s clothing lines are another sign that the woman of today has a lot more to do than chase tailors.

Similarly, ready to heat food, disposable diapers and other time efficient products are reaffirmations of the prolific woman who is driving herself around town being far more independent in her lifestyle and opinions than her previous generation.

A common perception in the workplace is that female employees will quit after marriage or upon the confirmation of the first pregnancy.

Unfortunately, this is a correct allegation to a great extent. Familial pressure forces many women to quit their jobs because the mother-in-law does not want to employ a cook and someone has to make fresh chapattis for the clan at lunch and dinner time.

But in other situations, yummy mummy’s forego their prospering careers after Ivy League degrees with the concern that the nanny will end up taking most of their salary home as monthly wages.

The country needs us

Pakistan is at a precarious crossroads where on the one hand fundamentalists are gaining grass roots popularity and on the other, a small segment of the elite is living a life that is distinctly Californian.

We need wise women to have a voice. In the words of Bill Clinton “it is all about the economy”. This means that if you are contributing to the pie, you can have an opinion on how it should be cut.

Women should go out there and become a part of mainstream eco-social movement. This is what will help Pakistan move ahead.

And while they are doing this, they should try and educate one girl child. Choose a charity or organisation of your choice and support one girl child from primary school till college graduation for less than Rs500 a month.

By doing this, you will not just be improving one life, but you will be developing a progressive foundation for a future family!

Money 101: The lowdown on monthly installments