Why would India elect Yogi Adityanath as CM of Uttar Pradesh? 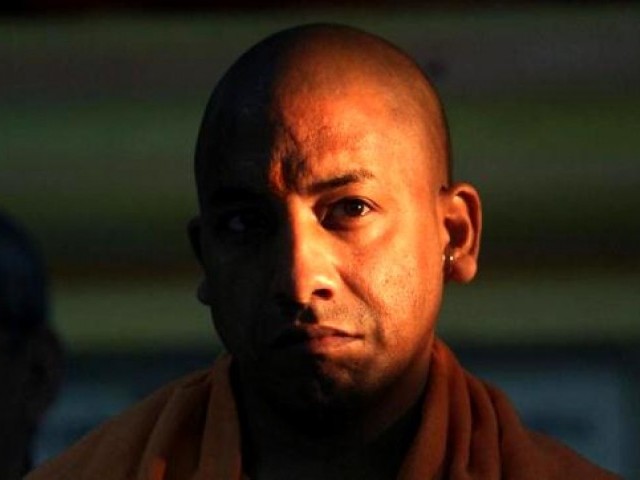 Is the expanding dominance of Narendra Modi on a national political landscape a reassuring sign for India as a nation? Can we, Indians, rest assured that the country is in the hands of an enlightened leadership who will strengthen the idea of India?

The answer is a big no.

Despite the electoral dominance of the Bharatiya Janata Party (BJP) and Modi’s overarching presence in Indian politics today, the plural democracy has never looked as vulnerable in independent India as it looks today.

How will one explain the anointment of Yogi Adityanath, a rabid sectarian figure, as the chief minister (CM) of Uttar Pradesh (UP)?

Nath is known for his extremist harangue against the Muslim community, as well as other religious minority communities. Just before the UP elections, he called for the installation of Hindu statues in mosques across India. Two years ago, his “love jihad” campaign was aimed at polarising the Hindu-Muslim community in the most populous state in the country. The man once spent some time in jail for inciting violence against religious minorities. He faces many criminal charges for stoking inter-religious tension in society. His very name evokes fear among non-Hindu communities.

But the tragedy is that Modi, who sought votes in the name of development and canvassed on the slogan of “sabka saath sabka vikas” (collective effort and inclusive growth), chose the most divisive figure to head a state of 200 million people, where the minorities constitute around 20% of the population.

Even the blindest follower of the BJP understands what the saffron-robed Nath stands for: he is the face of Hindu radicalism in India today. A person of such credentials occupying the highest constitutional office in India’s most populous state is not a reassuring sign, but a direct assault on democratic decency in India now.

The choice of Nath as the CM of UP speaks more about Modi than about the new incumbent in India’s largest state. In the campaign for the just concluded state elections, the Indian prime minister went hoarse talking about the development and how the state needs a progressive government to take it to the new height of economic prosperity. Within weeks of the electoral verdict, that gave BJP and its allies 325 seats out of 403, Modi forsook that mask. He wants to make UP the laboratory of religious polarisation rather than a lab of economic development.

By choosing the most divisive figure for the CM post, Modi is declaring, in the most brazen manner possible, that India does not care about Muslims and other minorities. If they have to live in the country, they have to live under the Hindu subjugation accepting their terms and conditions. The message is not of reconciliation but hatred; it’s a brash assault on the country’s plurality and the declaration in no uncertain terms that India is a Hindu majoritarian country.

Those who understand Modi’s politics know quite well that the slogan of development is a smokescreen, the real agenda of the BJP and its ideological patrons is to make India a majoritarian country, where secularism, pluralism, liberalism are abusive terms and any one opposing the grand design is anti-national. It’s like mainstreaming what was once considered a fringe.

If one looks at Modi’s track record as India’s prime minister since 2014, his elevation has given legitimacy to all kinds of nasty elements in Indian politics. It’s no longer a shame to be a mass murderer in the name of religion, one does not need to be coy about being divisive, and it’s fashionable to abuse secular and liberal section.

Just a few days before anointing Nath as the head of the UP government, the BJP appointed Tajinder Pal Singh Bagga as one of the official spokespersons of the party. He enjoys the reputation of a rabid Hindu fundamentalist, an abusive troll of the right-wing party, one who organises disruption and violence if anyone talks about liberal and secular values in India.

In 2011, Bagga organised violence against a prominent social activist for speaking in favour of the rights of the Kashmiri people, and the BJP disassociated itself from him at the time. But today the BJP under Modi, the so-called man of development, presents Bagga as the spokesperson of the party.

Modi’s real achievement over the last three years is the institutionalisation of religious intolerance. Even his own economists are not confident about the economic progress the country has made so far in his term; therefore, they tamper with GDP data to present a false picture of growth.

Most of the reputed educational institutions have become a playground for the Hindu right-wing people. They want to mould and vitiate the cosmopolitan character of the campuses in the country and turn every debate into a nationalist versus anti-nationalist one.

Economic development does not exist in vacuum, it sustains in an environment of peace and harmony in the society. But the Indian society today is getting highly polarised and the government machinery is not honing the creative spirit of people but the baser instinct to divert the attention of the masses.

After watching Modi for three years, a majority of independent thinkers consider his promise of development a lie and a facade to mobilise people. No major economic reform has taken place in India since 2014 despite the government enjoying brute majority in parliament.

People have accumulated grievances against the previous regime in Delhi and other states and Modi has been exploiting this prevailing disenchantment to win elections. But gradually, it is becoming clear that the Modi of Gujarat is not a different man in Delhi. He remains the same, who allegedly presided over the massacre of hundreds of Muslims in 2002 when he was the chief minister of the western state.

The India that is evolving under him is very different in character and thought; it is an India where pluralism is abhorred, where secularism is discarded, where multiculturalism is seen as a civilisational burden and not an asset.

The larger world is too preoccupied with the moves Donald Trump is making in the US. But away from the glare, a great disruption is taking place in Indian democracy under the leadership of Modi.

In the US, liberal media and masses are coming out openly to protect the American spirit and identity. On the other hand, a majority of the media in India has become subservient to the regime. In some cases, the fourth estate has become the gangplank for the right-wing regime to implement its agenda.

Liberals in India are chafing under the Modi regime and they have been vociferous in their protest but such voices have to reach the masses. The irony is that the educated middle class and aspirational India have become tools of the majoritarian project.

Modi might be winning elections but he is defeating India.