Kong: Skull Island’s take on the colossal gorilla is unlike anything you’ve ever seen 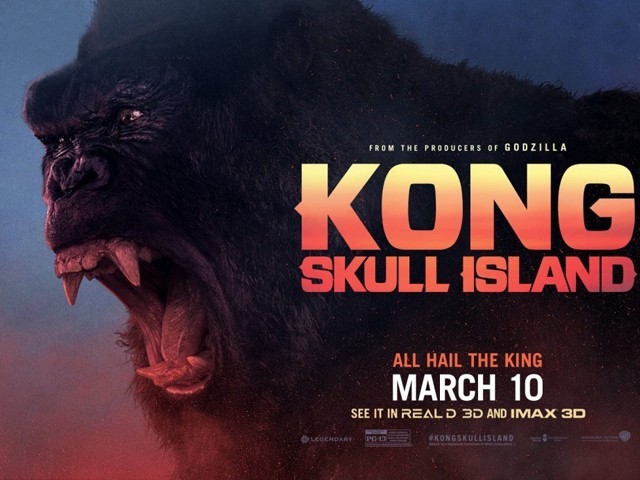 There are only certain movies that are made for communal watching and Kong: Skull Island is one from that particular venerated company. PHOTO: IMDB

I have said this before and I will say it again, there are only certain movies that are made for communal watching and Kong: Skull Island, my dear friends, is one from that particular venerated company.

I have been a cine snob for the longest time; bashing movies left, right and centre, at times somewhat unfairly. But every once in a while, there comes a film that transports me way back in my life; a period in time where the not-so-cynical me enjoyed his fair share of popcorn flicks. With that said, I can perfectly imagine a 14-year-old Hassan, finding this bold new take on the mythos of an iconic beast more than awesome.

First things first! This particular take on the colossal gorilla is unlike anything you have ever read or seen before. The familiar King Kong story beats like the bizarre “beauty and the beast” love angle and the final stand atop the ‘Empire State building’ are both conspicuous by their absence.

So what exactly does this specific version of the iconic ape entail?

Well, the story kick starts in the early 1970s when a collection of scientists, soldiers, and mercenaries – led by John Goodman as a US government official named Bill Randa – head deep into the South Pacific to the unchartered titular island to investigate the origins of a new species. A mercenary tracker, James Conrad (Tom Hiddleston), an army captain, Preston Packard (Samuel L Jackson), and a war photographer, Mason Weaver (Academy Award winner Brie Larson), among others are all part of this eclectic group. 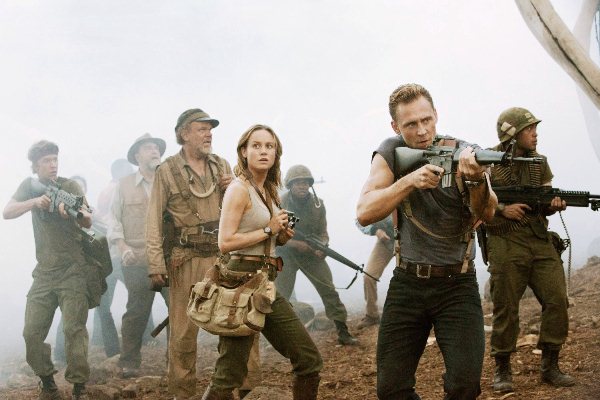 Now this particular gang of humans act exactly like humans do i.e. spreading anarchy while dropping bombs. Now Kong is not the kind of dude whose bananas you want to get caught stealing, so as predicted, mayhem ensues. While all this is happening, we come to realise that Kong is far from the only threat on this island, with nasty long-tailed lizard monsters – referred to as ‘skull crawlers’ – being the real baddies on the isle.

This three-way tussle to rule the island is what forms the rest of the narrative.

Kudos to the filmmakers for setting this latest reboot of the king monkey in the 1970s. With its Vietnam War aesthetics, visually the film reminds us of Francis Ford Coppola’s fevered jungle dream, Apocalypse Now, which cinematographically is a fantastic act to follow. Hiddleston’s character is even named Conrad, the author of the original novel. Even our first glimpse of Kong is him lit against the iconic bright orange sun from the same movie.

Make no mistake, this giant gorilla is the star of this movie. Kong: Skull Island is one of those movies where the special effects add to the whole experience rather than being a disruptive influence. I might sound a tad too enthusiastic, but the Computer Generated Imagery (CGI) is actually that good. But at the same time, it’s a little disconcerting when you realise that a CG ape steals the show in front of a massive cast of A-list actors like Hiddleston, Larson, Jackson and Goodman.

This might sound blasphemous to all the Hiddlestoners out there but Hiddleston barely registered during the proceedings. On the other hand, if you’re okay with ‘Loki’ simply showing up posturing like a matinee idol and mumbling vaguely about the costs of war while appearing intermittently, you are good to go. Being overshadowed by Jackson is not such a bad thing, but when the Pulp Fiction star gets more meat to his character along with more screen time despite you supposedly being the protagonist of the film, Tom, you really need to fire your manager. 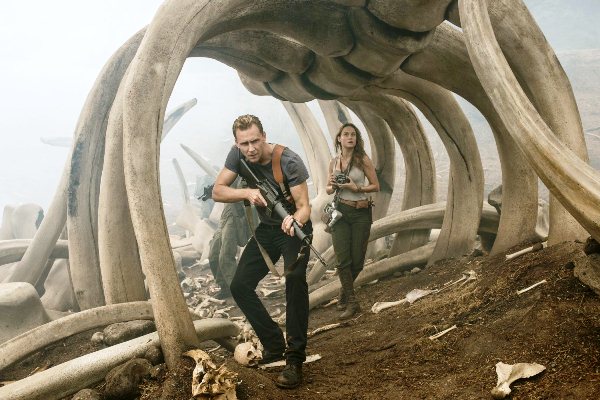 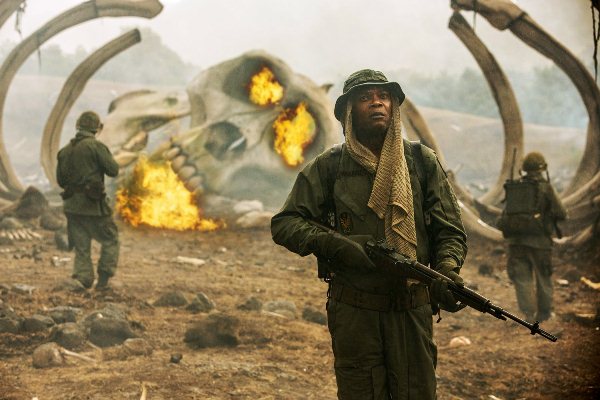 Oscar winner Larson – burdened with some really bad writing – is just plain anonymous. John C Reilly, who makes an appearance in the latter half, surprisingly turns out to be the only one to come out of the spectacle with his reputation intact. 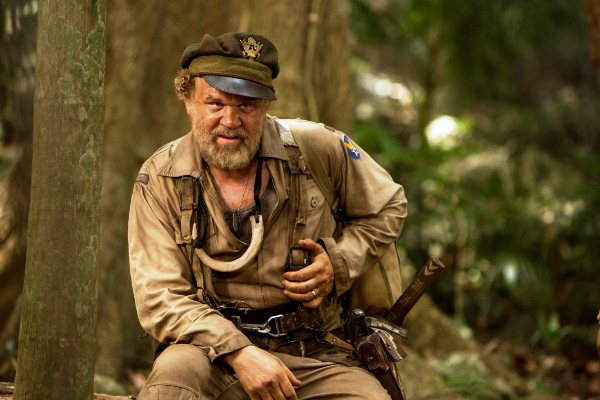 By now we are also aware as to how Legendary Entertainment has grand plans to turn this MonsterVerse into a franchise so Kong: Skull Island is replete with all the tiresome tropes that come with building a cinematic universe. It’ll be like a covert government agency acting as a glue to tie all the movies together, an obligatory post-credits scene whetting our appetite for the next instalment etc. We do have a Godzilla versus Kong slated for a 2020 release.

I will be honest, the bizarrely entertaining Kong: Skull Island, some anti-war guff aside, is shallow to the core. But it’s high time that I enjoyed one of those typical Hollywood blockbusters and I would highly recommend that you do too.