As a Muslim, I strongly support the right to ban the veil 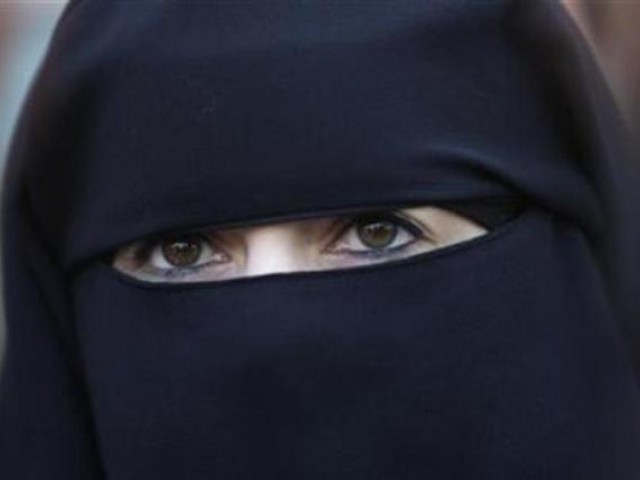 Anne, an assumed name, a 31-year old French woman who has been fined for wearing a niqab while driving, speaks during a news conference in Nantes, western France, April 23, 2010. PHOTO: REUTERS

I was raised as an observant Muslim in a British family. Women, I was taught, determine their own conduct — including their ‘veiling’. We’d cover our hair only if we freely chose to do so. That’s why I’m baffled by the notion that all good Muslim women should cover their hair or face. My entire family is puzzled by it too, as are millions like us. Not until recent years has the idea taken root that Muslim women are obliged by their faith to wear a veil.

It’s a sign, I think, not of assertive Islam, but of what happens when Islamists are tolerated by a western culture that’s absurdly anxious to avoid offence. This strange, unwitting collaboration between liberals and extremists has been going on for years. But at last there are signs that it is ending.

In response to cases brought by two veiled Muslim women from Belgium and France, the European Court of Justice (ECJ) has ruled that employers have the right to stop employees wearing visible religious symbols, including headscarves worn in the name of Islam. This ruling includes not only the burqa and the niqab (already entirely banned from the public space by a number of European countries) but also the face-revealing hijab. The ruling goes two ways: if the company does tolerate religious symbols, then no employee can be asked to take them off.

In its ruling, the ECJ has taken a secularist stand against Islamists who seek to dominate the public space. A secular public space allows me to practice my faith, as it allows others to observe theirs. As the Quran says (109:1-6): ‘To you your religion and to me, mine.’ Giving an employer the right to restrict the use of headscarves, in Britain or elsewhere, is good for every believer.

I’ve seen what happens when the public space is infringed upon by the religious. My medical career took me to Saudi Arabia, aged 31, where I was mandated by law to wear the hijab, covering all of my hair and neck. And with it the abbayah, a cloak covering my entire body from my neck to my ankles. For those two years, I became intimately acquainted with the cumbersome nature of forced veiling and its impracticality — even seeing it imposed upon my unconscious female patients. Where the veil is mandatory, a kind of oppression is implemented: an oppression that has absolutely no basis in Islam.

There’s nothing from the early Islamic period about what the khimar — or veil — should cover, whether face, body or hair. The Quran, in Sura 24:31, reminds Muslim women simply of the need to ‘draw…[it] over their bosoms’. One of the Prophet Muhammad’s (pbuh) wives is commanded to speak from behind a ‘hijab’ (Arabic for ‘curtain’) as a mark of high distinction (Quran Sura 33:53). But even though Hazrat Aisha (RA) — one of the most eminent of the Prophet Mohammad’s (pbuh) wives and a great scholar of Islam — provided many details about the khimars, no record exists as to exactly how they were worn.

Rigid interpretations of the veil are a recent invention. They’re derived not from the Quran or early Islamic tradition but from a misogyny which claims a false basis in the divine. So when the ECJ supports employers who ban the hijab, it is categorically not impinging on anyone’s religious freedom. The veil has more to do with a set of quite new cultural mores. The Islamists wish to say: we Muslims are different from the West. Increasingly, we don’t look like you, or act like you. For Muslim families who have lived in Europe for generations, this is a strange and ugly trend. The men and women agitating for the right to wear headscarves in Europe would do well to remember our own history in the Muslim world. In the 1920s, with the rise of secular states in Egypt and Iran, Muslim women began to organise in pursuit of their rights. In 1922, these activists, led by Huda Shaarawi, founded the Egyptian Feminist Union, and discarded their veils. Within a decade, countless women followed suit, and slowly, they forced their way into the Egyptian academe. Eventually Iran and Turkey forced women to de-veil as official policy.

But the tide turned with the growth of fundamentalist Islam, and the 1979 Iranian revolution. The revivalist fervour spread quickly from the Shia to the Sunni world as Saudi Arabia and Pakistan started to impose Islamisation programmes. A prominent Shia fundamentalist spokesman, Iranian Ayatollah Morteza Motahhari, said the desire to be unveiled was ‘an epidemic’ and ‘the disease of our era’. The real epidemic, I’d argue, was a sort of totalitarian Islamism that wanted not just to run the government but to police what women chose to wear.

Only now does the West seem to have worked out what has been going on. Rules about dress can, and indeed must, be imposed when any nation’s social cohesion is threatened. Europe is increasingly reaping the harvest of multicultural policies that have served to divide rather than unite. Not just with the growth of Islamism, either, but by engendering hostility to immigration and refugees — often towards my fellow Muslims. The Islamists thrive on this, the idea of Muslims being a society-within-a-society. If they invent religious grounds to persuade them to dress differently, so much the better. It suits their sectarian agenda.

At long last, the European Court of Justice has moved to restore the bedrock of European identity: secular liberal democracy, where the public space is shared by all, and dominated by no one. It’s just a shame it could not have done so sooner, before so much damage was done.