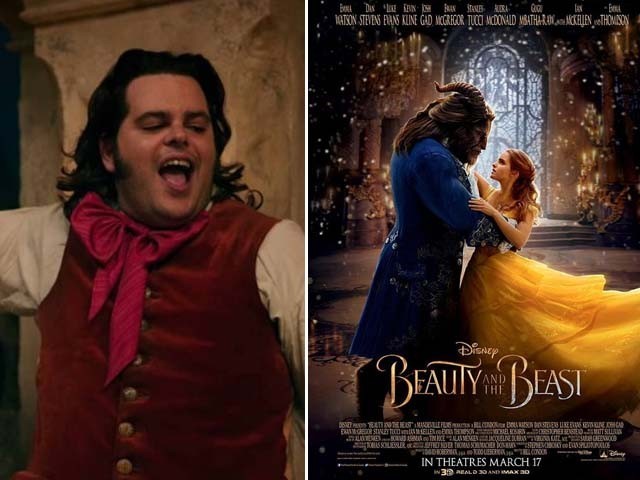 Fine, you “shield” your children from this “morally-corruptible” gay character now, but what happens when that child ventures into the world and encounters gay people?

The inclusion of a gay character in Disney’s latest flick, a remake of Beauty and the Beast, has outraged many conservative Christians who believe that Disney is trying to push a “harmful sexual political agenda, one that offends the deeply held beliefs of countless parents and families”.

“(Disney is) trying to push the LGBT agenda into the hearts and minds of your children—watch out! … I hope Christians everywhere will say no to Disney”.

Graham’s Facebook post has been shared nearly 95 thousand times at this time of writing, and a petition boycotting Disney by Lifesitenews, a popular conservative Christian website, has received more than 129,000 signatures.

Make no mistake about it: Homophobia, like Islamophobia, thrives on a provincial mind-set that categorises difference as a threat which must be eliminated or forced to the edges of society. Fed by misinformation and simplistic deductions, it has grown into a phenomenon which threatens the very existence and well-being of gay people in our societies because of our unwillingness to understand and accommodate them.

In the context of America, this is particularly alarming given the fact that a whopping 81% of evangelical Christians voted for a man who has boasted about bedding married women and has admitted to grabbing women’s genitals without permission. Yet, Donald Trump remains the sweetheart of these “morally-conscious” Christians while all hell breaks loose at a Disney movie normalising gay people who have and continue to suffer tremendously for something as personal as their sexuality.

The notion that the movie is being boycotted just because of a gay character is utterly incomprehensible, as it is purposeless. Fine, you “shield” your children from this “morally-corruptible” gay character now, but what happens when that child ventures into the world and encounters gay people?

How are you, as the responsible, concerned parent that you are, to ensure that your child is brought up in a way that he can learn to respect diversity, and can co-exist with different kinds of people? Paula, founder of the website, beautythroughimperfection explores this idea rather well:

“I’ve seen articles online making it sound like this film would feature full on make-out sessions between men. That didn’t happen.That would be completely inappropriate for children and boycott worthy, regardless of the genders of those making out, but that’s not what this film is. In my opinion, everything was age appropriate and on par with other children’s films these days (as far as content/themes).

I want my kids growing up in a world where they are taught to love everyone and I think Beauty and the Beast did a wonderful job reinforcing values that I want my kids to have. I think kids will see that mainly in the way Belle and the Beast fall in love with each other, but also in the way the palace servants love the Beast and how he grows to love them and in Maurice being such a loving old man”.

It is one thing to disagree with someone’s lifestyle, and completely another to lose all human decency because of that disagreement. I do not mind people taking stands for what they believe in, and boycotting things that go against their personal values. But notice I say things because when the boycott is against a set of people, it remains no longer a harmless boycott but ventures into bigotry and xenophobia.

“If you are this appalled and disgusted by a fictional character who may suggest a same-sex affinity then how do you think real life people who struggle with same-sex attraction think you perceive them?”

This boycott is nothing but a logic-defying, sensationalist move by the Christian right leadership in order to bully a minority group, and divide society further. Such acts of blatant discrimination pose serious consequences, and feed into a culture responsible for bullying, beating and innumerable suicides. It is high time that religious conservatives, with blood on their hands, come out of their shell and embrace gay people for what they are: human beings, just like us.