The Modi brand is here to stay 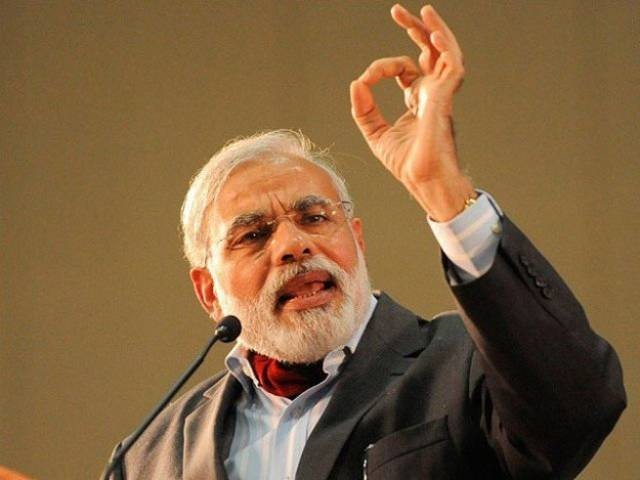 The man is bigger than his party. This is the crux of the results of five assembly elections in India, especially the crucial state of Uttar Pradesh (UP) that sends 80 MPs to Parliament. After these polls, there is no denying that Narendra Modi’s popularity overshadows not only the opposition but also his own party, the ruling Bhartiya Janata Party (BJP).

There was similar support for our first prime minister, Jawaharlal Nehru, as was there for his daughter Indira Gandhi during her regime. Modi is no Nehru and is also quite different from Indira; the background of the ‘chaiwala’ has to be unlike the aristocratic Nehru-Gandhi’s. But the three do have this in common: they had the nation behind them and were able to take the party forward on their own shoulders. Former prime minister Atal Bihari Vajpayee was an extremely well-liked leader but he never got the mandate that Modi has won. This is the first time that the BJP has a majority both in Parliament as also in the politically sensitive UP assembly.

In spite of their popularity, both Nehru and Indira scored poor marks in economics. Nehru was initially preoccupied with the aftermath of Partition and if India has stayed on a liberal democratic path it’s because of the foundation laid by him. It is Pakistan’s misfortune that Muhammad Ali Jinnah died early. In later years though, Nehru got sucked into world politics and his priority was to be remembered as a statesman. As a result, India suffered.

Indira, on the other hand, was too preoccupied with establishing a dynasty. She became authoritative and lost the confidence of her people and while she did bounce back, things were never the same. Today, the dynasty lies in tatters. The country is moving rapidly towards what Modi promised: ‘Congress Mukt Bharat’ (an India without the Congress party).

Rahul Gandhi, the reluctant heir, needs to take a voluntary retirement scheme. Congress has done well in two of the other states that went to the polls – Punjab and Goa, where Rahul ironically addressed very few meetings but the party has been decimated in UP where he spent days campaigning. Congress didn’t get a single seat in Amethi, which is represented by him and considered a Gandhi bastion.

But today the story is about Modi and his political magic. Both Nehru and Indira were statuesque; they did not use power to change the country. Instead, they let the slow process of change take its course. It helps that Modi is seen as a man who is not only hard-working but also scrupulously honest. He has no family so he doesn’t need to feather his nest, and neither are there any Panama Papers that can haunt him.

But the prime minister is impatient. He wants change; his message of ‘badlav’ (replacement) has gone through. Liberals like Nobel Laureate Amartya Sen were aghast when he introduced demonetisation, some in the English media were even hoping that it would spell his doom. But Modi was able to turn around the whole dialogue to how the amir (rich) were having sleepless nights while the garib (poor) were happy.

Now the poor are backing him. BJP was always known to be a bania party, that is, a party of traders. But Modi now has a new support base; he has captured the underprivileged with his promise of ‘sab ka vikas’ (development for everyone) by changing the entire format of Indian politics. The biggest losers in our political landscape today are the Congress and the Leftist who distributed poverty in the name of socialism.

Much has been made of Modi’s disdain towards the Muslims. It didn’t help that the BJP did not give a ticket to a single Muslim candidate in UP. But the reality is that BJP’s huge victory could not have been without the substantial support from within this very community. In the Deoband constituency, which is home to the respected Darul Uloom, BJP’s Hindu candidate won against the Muslim candidates of other parties.

This has two implications. One, the Muslim community has seen through the fake secularism of so-called secular parties. Like their treatment of the poor, they have also only distributed backwardness to the Muslims who remain one of the least progressive communities in the country, as clearly highlighted in the Sachar Commission report which was ordered in 2005 to report on the social and economic conditions of the Muslims in India.

Secondly, the Muslims, especially the youth, have decided to go the same way as the rest of the country. The attempt to keep them in a secular prism is failing as their priorities have shifted: to get a job, have a good life and security just like everyone else. Today, it seems like the young ones are increasingly – although not completely – putting their faith in Modi’s promises. BJP has also realised it’s folly of not fielding any Muslim candidates and has now promised to include them in the UP cabinet. After all, a numerically-strong community cannot be left out of governance.

What then does Modi’s recent victory mean for Indo- Pak relations? The prime minister has definitely emerged stronger and can take bold steps to restore the relationship between the two countries. Prime Minister Nawaz Sharif has an election coming up next year; hopefully, both will make use of the short window available.

But one thing is clear: the Modi brand is here to stay. If there is any worry, it is that of too much concentration of power in one hand and we have seen it go wrong in the past. But that doesn’t worry Modi; he is already promising a ‘New India’ in 2022.

Remember, the next election in India is in 2019. Modi was never known to be coy!

The writer is the of Editor Virpratap, and has been for the last 30 years. He is also a blogger and a columnist. He tweets @cmvohra