Why politicians like Javed Latif use women to humiliate opponents 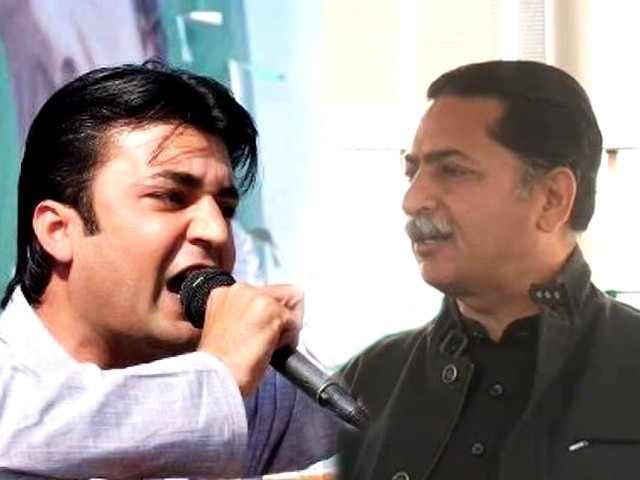 The utterly filthy content almost made me sick to my stomach; yet, it did not surprise me. This is the way our politics has always been.

(I don’t want to repeat what people say about this matter. They say that he has two younger sisters and ask what relation they have with Imran Khan and why they visit him so often, I don’t want to say.)

This statement was made by none other than Pakistan Muslim League-Nawaz (PML-N) MNA Javed Latif. The utterly filthy content almost made me sick to my stomach; yet, it did not surprise me. This is the way our politics has always been. This ‘trend’, spanning decades, reeks of misogyny and sexism.

As I heard Latif’s comments, I was reminded of when Awami Muslim League’s Sheikh Rasheed Ahmed hurled disgusting words at the late Benazir Bhutto. Worse, Irfanullah Marwat was implicated in the Veena Hayat case in the early 1990s, where he allegedly had her gang-raped to humiliate her and to send a message to Bhutto. In more recent times, I can recall Pakistan Peoples Party’s Firdous Ashiq Awan accusing Kashmala Tariq of using someone’s bedroom to climb the political ladder and also of being a prostitute from Heera Mandi.

But I know Mr Latif will get out of this unscathed just the way Rasheed and Awan did. It seems like all you have to do is apologise, and although people would condemn it initially, eventually they will become more “understanding” and let it slide. Same is the case with Latif; he has apologised for his words and soon the issue will fade away and ultimately disappear. After all, people are more ‘forgiving’ when it comes to issues like these.

Our politics is filthy. We need to remember that politics is a reflection of society, albeit more vociferous, since politicians are, after all, vying for power and, hence, tend to be louder. They indulge in such behaviour mainly because they know that they can inflict maximum damage to their opponents by adopting this approach. If their opponent is a woman, and they want to inflict harm to her, they will accuse her of having a “loose” character. If their opponent is a man, they will accuse the women of his family of the same. Either way, they always target the women, directly or indirectly, to achieve what they want.

Awan’s example shows that women themselves have indulged in the same behaviour, proving that it is not always a gender-specific problem but a societal one.

Hence, we must dig deeper and analyse this issue with a different approach. Why do politicians, including women, target women in this fashion?  Why are parents willing to kill their own daughters when they elope or are merely accused of some sort of sexual misconduct? You may think there is no link between these two questions but they are, in fact, greatly interlinked in reality, tied together by same the cultural norm and mind-set.

In my opinion, the central issue is the connection of female chastity with family honour. Ours is a sexually repressed society which places a lopsided burden of “purity” on women while giving men a clean chit. Like many developing countries, ours is a patriarchal and male chauvinistic society where women are considered as the property of men and seem to be the only ones to represent family honour. This has become so entrenched that, unfortunately, many women have also internalised it.

Once the concept that women represent the honour of their families becomes institutionalised and internalised, individuals start following these unwritten rules and behave accordingly. If someone has an enemy, they believe that to effectively humiliate them is to attack or utter derogatory filth about the women of their family. This would hurt them by ‘dishonouring’ their entire family.

They know that this would work because our society is willing to forgive a man for every kind of filthy behaviour but will put a woman’s head on a spike in a blink of an eye. Spewing filth against women becomes the most lethal way to hurt an entire family and due to this, women become an easy target for settling scores.

This prevalent cultural belief also accounts for all sorts of violence against women, including honour killings. The difference between what Latif said and a brother murdering his sister over honour lies in their form; both are an outcome of the same cultural belief. Latif used that cultural belief to hurt Murad Saeed, and those who kill their own female family members do it to “save” their so-called “honour”.

As a student of sociology and politics, I know that these disgusting attitudes are not easy to change. As individuals, we are born into a society and end up internalising these rules and attitudes through social conditioning. Even though we internally hate these patterns and unwritten rules, we still adhere to them for survival in this society.

As individuals, most of us adapt to circumstances and do not take charge to change them. Most of us only change individually (assuming we actually want to change) when there is some evidence that the norms of society are changing. Only the bravest of us – people like Asma Jahangir, a human rights activist, whom I deeply respect – take the plunge and become the vanguard of such changes in social norms.

The only way to break this pattern is to create an extremely strong counter narrative which challenges these deeply-embedded beliefs. It has to be articulated again and again in the media and by influential politicians, media personalities and civil society that women are humans and not the guardians of their families’ honour. It must be stressed that women, just like men, are only responsible for themselves and not for their entire family. They are living beings and not property.

So let’s raise our voice! Let’s start by saying that the women of Pakistan deserve far more, should be treated with respect in their own capacity, and do not represent the honour of their families. Let’s make this voice so loud that it becomes viable for those who want to change to get out of their homes and make change happen.