One month later, sifting through the sands of Sehwan 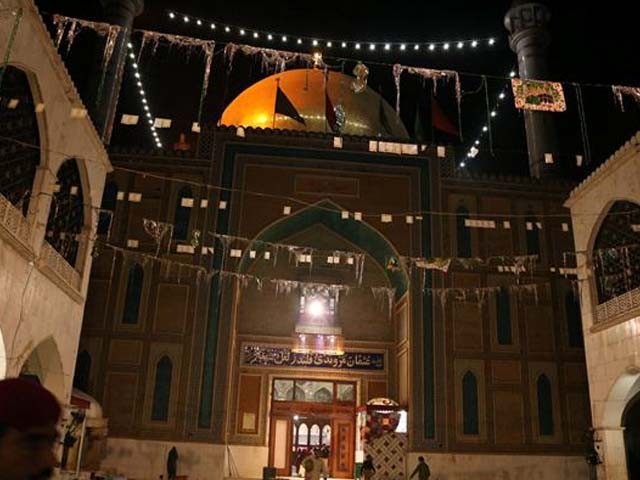 My heart breaks at the sight of the floor – the site of the deadly bombing. PHOTO: MINERWA TAHIR.

It is 5am. After paying my respects at the shrine of Bodla Bahar, the disciple of Lal Shahbaz Qalandar, as per tradition, I head to the shrine of his murshid (spiritual master). The vehement tabarra (cursing) mentioned above is the first thing I witness as I stand outside the closed gates of Qalandar’s shrine.

A malang attired in black beats his fists into his chest as he mourns the blast that happened on February 16, 2017, one month ago, at the shrine and curses those responsible for it. He is aging and frail, yet the energy in his curse is astounding.

The doors of the shrine are eventually opened and everyone enters the premises. My heart breaks at the sight of the floor – the site of the deadly bombing. I kneel before the zareeh, the wooden structure protecting the grave, of the holy saint’s shrine. I weep and beat my chest and kiss the parts of the tiled floor where it is broken.

This violation of the shrine reminds me of how this is not the first time that descendants of the Holy Prophet (pbuh) have been harmed and their graves desecrated. The broken pieces of the tile evoke images of how the blood of Imam Hussain’s (ra) household was shed in the land of Karbala. 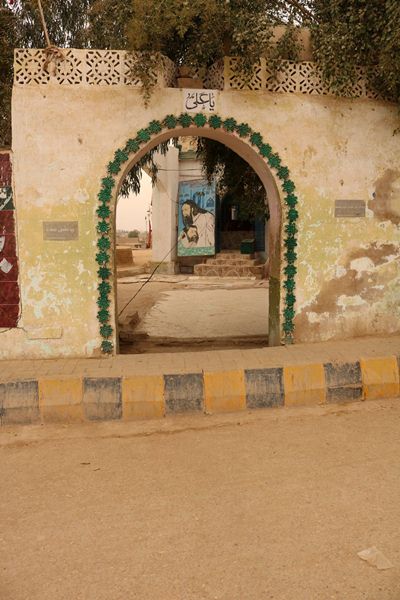 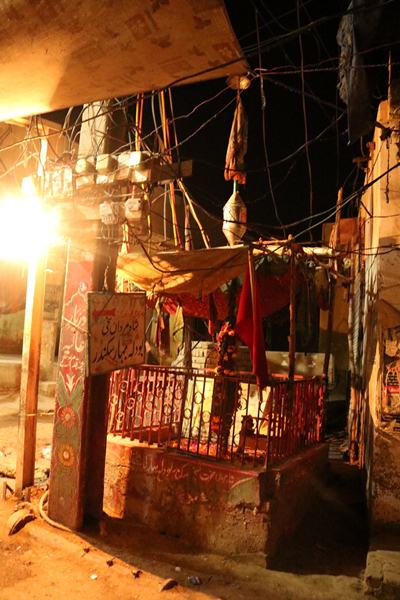 Devotees claim this alam was set up by Bodla Bahar himself 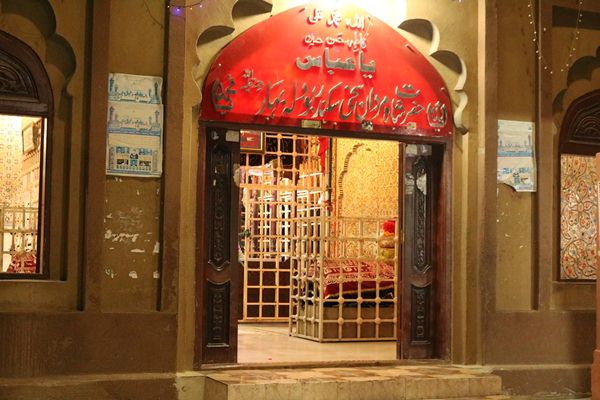 Entrance of shrine of Bodla Bahar the disciple of Qalandar 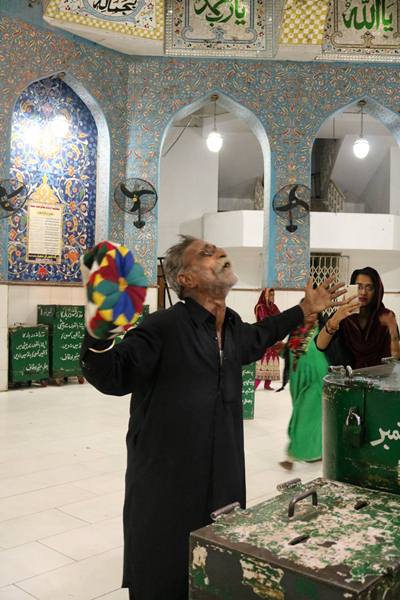 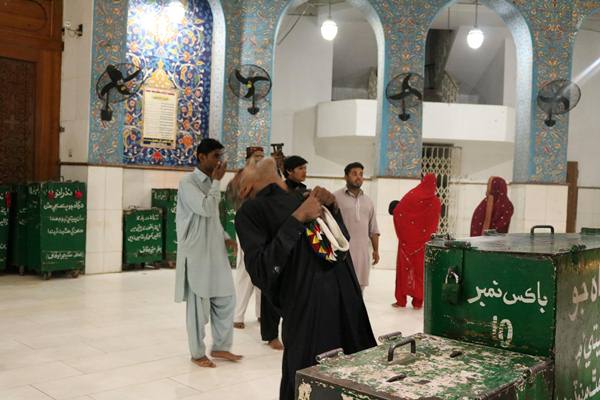 As I raise my eyes to take a close look, I am dumbfounded. Qalandar’s zareeh remains unharmed despite the bombing having happened just there.

The malang now reads poetry as he grieves:

(The Syrians surrounded the gem of Hazrat Ali (ra) and Hazrat Fatima (ra) while Shimr showered arrows instead of giving him water).

The malang’s energy has washed away all my weariness. Despite the five-hour-long journey from Karachi and no sleep, a sense of tranquillity has swept over me.

Qalandar is my murshid, the malang tells me.

“When my murshid says he is the slave of Hazrat Ali (ra), then so am I,” he says. 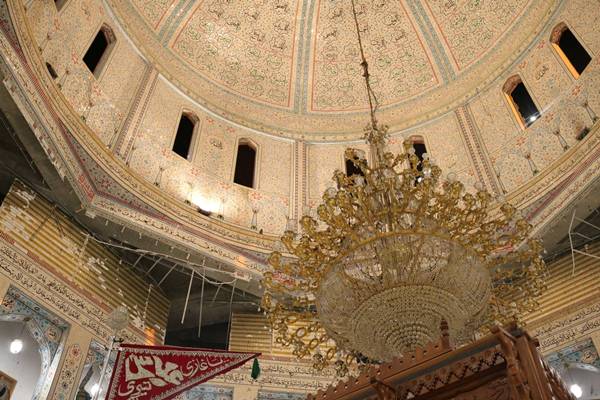 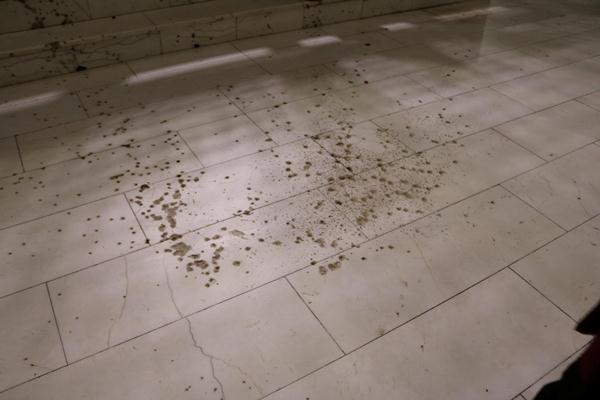 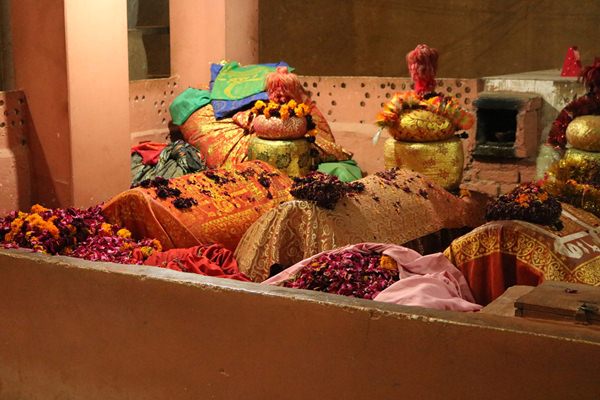 Meanwhile, a woman, donning a green robe and a number of ornaments around her neck, wrists and ankles, performs tawaf around the zareeh. Sometimes she weeps, at other times she kisses the grilles of the zareeh and prostrates before it. Her speech is incoherent and her voice breaks as she speaks to me.

(My murshid is pure).

She continues to repeat this in between her weeping and smiles. According to her, she wasn’t at the shrine when the blast happened.

“I weep because of those who attacked the house of my murshid,” she manages to utter.

She leaves to continue her prayers.

It seems now that I have attained the closure I was seeking.

The next day, I visit the different sites where Qalandar spent his time in meditation: The cave where it is said the saint meditated, where Qalandar used to meet his contemporary saints, the fort that he is believed to have turned upside down as punishment of the unjust ruler of the time, the spring whose water is said to have the blessing of Qalandar and, hence, healing powers, and ‘Qadam Pak’, the site where Hazrat Ali is said to have descended upon and revealed himself to Qalandar. My heart that has been grieving over the attack on the shrine heals as I experience the sense of sanctity that continues to prevail at these sites. 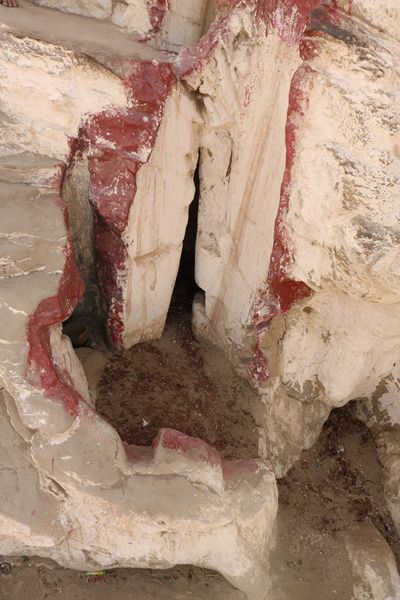 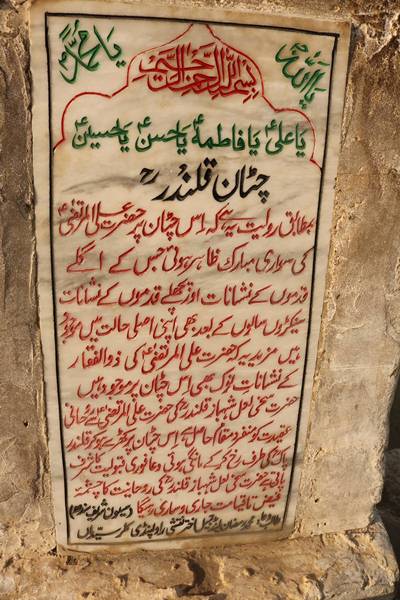 At sunset, the percussionist begins to play the naqqara in the court of Bodla Bahar’s shrine. The dervishes whirl in their red robes and the effect is mesmerising. At the end of the ecstatic dance, everyone, men and women alike, prostrates in reverence.

As they say, you can kill people but not the idea. Qalandar is that idea. Long live Qalandar, long live dhamal! 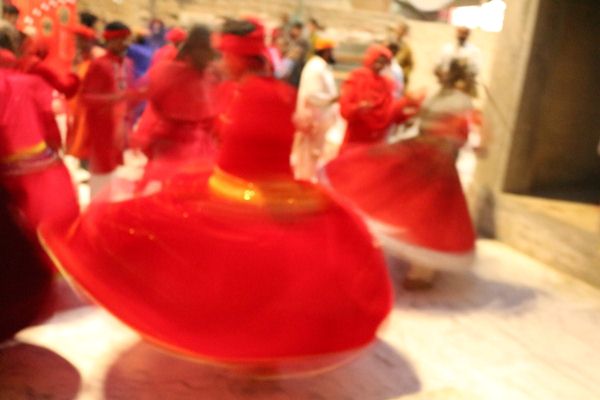 The author has completed her Masters in Mass Communication and is currently incharge of the Karachi desk at a local leading daily. Her interests include Marxism, feminism and social issues. She tweets @minerwatahir (twitter.com/minerwatahir?lang=en)

Why is Sindh’s population data being manipulated in the census?

When honour lies in what happens between the legs of women

KU, IBA and PU are plagued by political wings, they must be stopped