Works on Faiz and other books 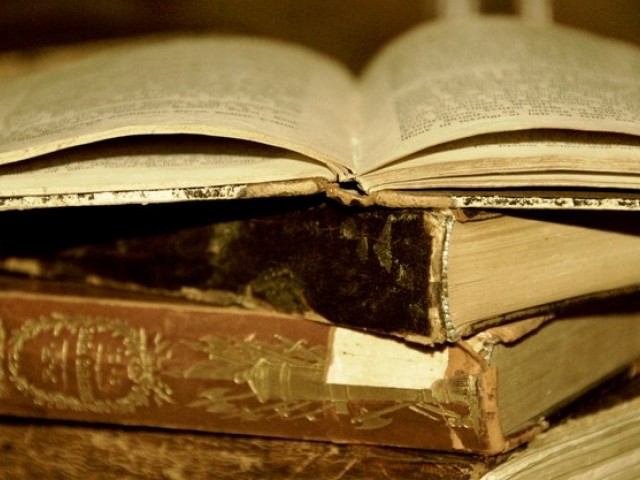 In the realm of the arts, relative greatness cannot be determined with a measuring tape.

Were he alive today, Ahmad Nadim Qasmi would have found the current fervour and growing unanimity of acclaim for Faiz Ahmad Faiz quite intriguing since he thought that his own sidelining as a secondary figure of contemporary Urdu poetry during the latter’s lifetime had something to do with class and lifestyle.

With class and lifestyle gone with the man, now what remains, Qasmi Sahib would have wondered, but his poetry and his memory? Is that worth making so much fuss about?

In the realm of the arts, relative greatness cannot be determined with a measuring tape. Faiz Sahib himself made no such judgments about his contemporaries, sparing his lavish encouragements for nonentities who approached him for a back cover comment, except perhaps for that rare quip about Qasmi Sahib being a better columnist than a poet.

Rejoining on that ‘class and lifestyle’ charge Ashfaq Salim Mirza had read a memorable defence of Faiz at a weekly session of the Islamabad Cultural Forum.

The late Professor Khwaja Masud, who was so fond of relishing the memory of his association with Faiz Sahib, had attributed some part of his early rise in public eye to the botched Pindi Conspiracy case.

The late Dr Inayatullah who was such an adept at puncturing popular notions had asserted that a poet’s work should be his first reference. Well, that was many years ago when there was no idea of his centenary celebrations at this grand scale as we are witnessing these days. While media attention gives fillip to any activity temporarily, some solid work on the poet has been published, which will have a lasting usefulness.

The National Language Authority has put together an eminent collection of writings that touch upon nearly all aspects of the poet’s life and work.

Edited by Professor Yusuf Hassan and poet and critic Ravish Nadeem, these essays, spread over a half century of the poet’s life,  should provide basis for new thought and valuation of his work.

Two other beautiful books belong entirely to Iftikhar Arif, being a collection of his correspondence with Faiz Sahib (Faiz B’Naam Iftikhar Arif) and the manuscript of Mere Dil Mere Musafir in the poet’s own hand which he had entrusted to him when Arif was in London. Arif has edited another pocket compendium for Oxford University Press (OUP) of Faiz’s most popular poems.

Poet Ejaz Rahim has dedicated his latest collection of poems to the memory of that excellent policeman and brave soldier who died in a suicide attack on August 4 last year in Peshawar.

Scion of Peshawar’s Nishtar family and related to the poet, he was Commandant of Frontier Constabulary at the time of his death.

According to Ejaz Rahim, “At a time when studied inaction became the order of the day, he led from the front.”

The death of this heroic figure was mourned across the country. The poet expresses his personal grief in 31 poems that evoke memories of family life, admiration for Safwat’s impeccable character, his care for the poor and the weak and his devotion to duty. Rahim views life from the perspective of a Sufi that anyone who has come out safe and unsoiled from the civil service is likely to acquire.

This remarkable book narrates the reminiscences of a Sindhi matriarch, Ghulam Fatimah Shaikh, who was born in the late 19th century as Nandini Kirplani, in a wealthy, traditional Hindu household, whose saga spans two religions, two continents and two centuries.

The memoir translated from Sindhi by Rasheeda Husain gives intriguing information about persecution of converted families which in this case resulted in exile and travels in various parts of the collapsing Ottoman Empire, from Madinah to Adana and other places.

Published by OUP, the book has a foreword by Dr Azizur Rahman Bughio and an afterword by Iqbal Akhund, her grandson, who concludes that though Fatimah was a devout Muslim she would never have considered the Afghanistan of the Taliban or what they plan for Pakistan, an Islamic state.