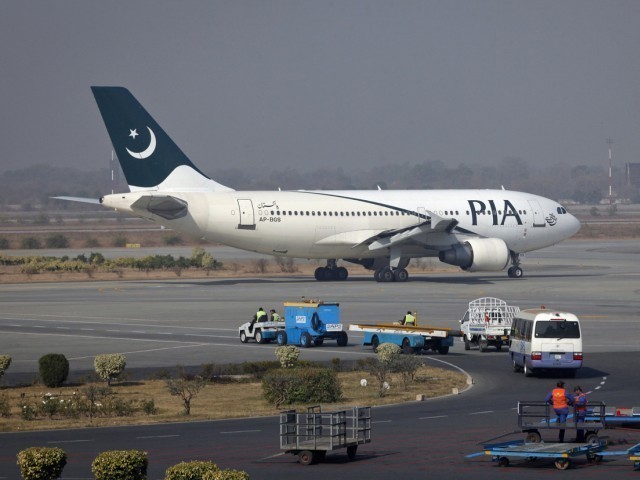 In Pakistan, we are all used to seeing overcrowded minibuses force miserable commuters to travel standing because they are carrying customers beyond capacity. And when the vehicles are crammed to the point where it is impossible to fit anyone else inside, they dangerously accommodate passengers on top. People only travel like this because they don’t have a choice and are helpless.

Of all the ways Pakistan International Airline (PIA) has mistreated its customers over the years, I never thought it would force passengers to travel like they would on a minibus. Yet on January 20, 2017, PIA flight PK-743 forced seven paying customers to stand for a three-hour journey after overselling tickets.

Over the years, the national airline has certainly used its monopoly to push customers as far as it can. But before we get into this incident, here is a recap of PIA’s other recent abuses of its customers, from drunken pilots, to blackmailing passengers who posted pictures of PIA food with fungus, to a pilot who refused to fly for two hours until a sandwich was delivered to him from a hotel.

As far as I am concerned, this is a new height (or low) for PIA. If you think about it, the return airfare between Karachi and Madina is around Rs50,000. Don’t customers, at the very least, deserve to fly comfortably for their hard-earned money?

Imagine standing on a flight for three hours.

Sadly, this goes beyond comfort. One can’t even fly on any other normal airline without being constantly reminded to stay seated, and during moments of turbulence have their seat-belt fastened. Even if the weather is clear and no instability is encountered, at the very least, during take-off and landing it is imperative for passengers to stay secure. During either take-off/landing or through turbulence, a passenger who is not seated or is not seated securely is at risk of serious injury or even death. This is no exaggeration. It was just recently reported that on an Air Canada trip where turbulence was encountered, several passengers were seriously injured only because they didn’t fasten their seat-belts. When the plane landed in an emergency, these people were carried off in stretchers.

It is reported that those affected actually went flying because they had ignored simple safety precautions. Meanwhile, we have PIA here, flying passengers who were forced to stand.

Imagine if PK-743 had run into a storm or encountered any other kind of irregular weather. What would the fate of those passengers have been? This aside, these people also didn’t have access to oxygen masks either like other passengers. What’s more, they were crowding passageways creating further safety risks.

I can’t imagine the frustration faced not only by these passengers, but their fellow passengers as well. I also can’t comprehend the pain of making extensive travel arrangements, especially in a busy city like Karachi, only to be told that you were mistakenly sold a ticket.

I used to travel frequently between Lahore and Karachi a few years ago and PIA flights were a nightmare. On one occasion, one-third of our aircraft was without air-conditioning, making the situation insufferable and especially hazardous for senior citizens. On another instance, our flight was delayed by two hours because we were waiting for an engine part to arrive so we could it carry to Lahore. In yet another instance, the flight was cancelled without warning and passengers were kept in the dark. In all three episodes, the PIA employees treated us like dirt, not even bothering to apologise or having the courtesy to provide refreshments to passengers sweltering in the heat.

As far as this incident goes, according to news reports, ‘the pilot, senior purser and traffic staffers’ are refusing to take responsibility for the possibly criminal negligence and are passing the blame on to each other, which is not surprising. Other sources indicate that officials ignored the proper protocol of returning to the airport to disembark the extra passengers in order to save on fuel costs.

Glad to see that as far as PIA is concerned, the bottom line is more important than the lives of paying customers. Unless the government starts pressing criminal charges against the guilty, and guts this bloated organisation like a fish, the national airlines will continue to be a source of vexation and humiliation for the country. As far as things stand, with few other decent options, customers are left at PIA’s mercy, much like travellers on a minibus. I wouldn’t be surprised to see PIA strapping customers on top of the plane with oxygen tanks to keep them company in the near future. Perhaps some employees will be hanging from the door as well, chewing on paan.