An open letter to Zara and Zoya Khan 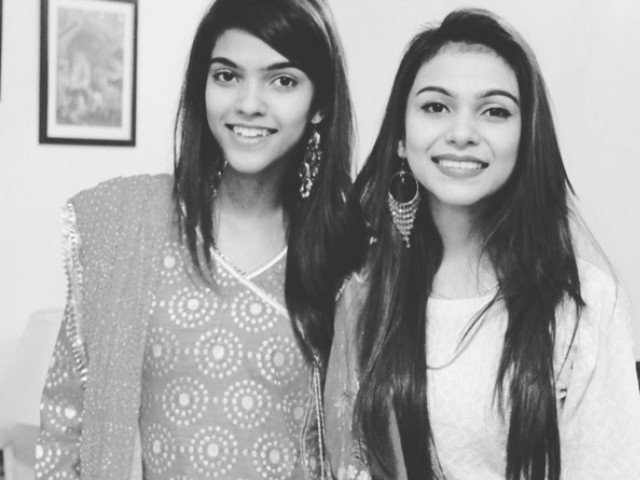 Where there is resistance to your story, I know there is immense support as well. PHOTO: ZOYA KHAN.

More than 80% of women in Pakistan face sexual harassment on a daily basis. Harassment has become one of the most common issues of our society today. In most cases, the perpetrator takes advantage of the victim’s vulnerability and helplessness. Because women are taught to keep such incidents private, the fact that women will seldom come out to raise their voices against injustice, strengthens the perpetrators’ determination to touch whoever they like.

I applaud you, Zara and Zoya Khan, for standing up to the atrocious and sexually deprived man, who, like many others, assumed he had the right to touch you without your consent; this comes from someone who has experienced physical and verbal harassment from random strangers on the street, peers and even friends.

So often, young women are taught to appreciate the sexual or physical harassment they face from boys. They are taught that any attention from a boy should be taken as a compliment, regardless of whether they enjoy it or not. If a girl isn’t already in a relationship, that makes her fair game for experiment, especially if the guy is under the influence of alcohol and/or drugs. If a girl is generally friendly, she’s assumed to be inviting such behaviour, and if she out right rejects someone, she’s labelled a ‘prude’ or she just isn’t ‘fun’.

A girl’s relationship status doesn’t give anyone automatic consent to touch her inappropriately, especially when she has expressed her discomfort about it. This culture that reinforces the notion that a girl’s worth is measured by how much attention (unwanted attention included) she receives from boys, needs to change and women need to stop being blamed for the obnoxious behaviour of men towards them.

In a culture where mansplaining is prevalent and where a man’s opinion gets more credibility, I’m sure you have received backlash from many men about how you should or should not have reacted in this situation. As if the person who has most probably never been a victim to physical groping on the street while strolling about, would know the feeling.

I’m sure you have had people tell you not to talk about these experiences at all, out of fear that it would shed negative light on your character, even though it wasn’t your fault. A lot of people must have questioned your decision and audacity to step out into public space and claim your place in the world, because after all, if women just stayed indoors, there wouldn’t be any cases of harassment, or if women did decide to go out, they should’ve been dressed “appropriately”, in order to avoid such acts happening to them, right?

A woman dressed in a burqa faces as much street harassment as any other woman who isn’t dressed in a burqa. God forbid if she is not wearing a burqa and/or a niqab, she must be taught a lesson! May God have mercy of her if she is not wearing a burqa, because women who wear a burqa and a niqab are never harassed in Pakistan. The logic that states that wearing specific type of clothing will guard women from different types of crimes is outright deranged.

Do men never harass or catcall women in burqas? Of course, they do.

Is it true that men would consciously resist raping children if they were dressed in a burqa?
Don’t think so.

Where there is resistance to your story, I know there is immense support as well. The bravery you have showed in sticking up for each other and against the idiot who represents a large pool of people who think and act like him, has left many of us in awe. What you have demonstrated so clearly to the world is that there isn’t a shortage of courageous woman in this country, and you have proven that simply by acting on your instincts, you can give revolution a push start.

Next time, when I walk down the streets of Liberty Market in Lahore and feel a desperate man groping my behind, I will be reminded of you right before I take him down.

More power to you both.