They don’t regret murdering their husbands… 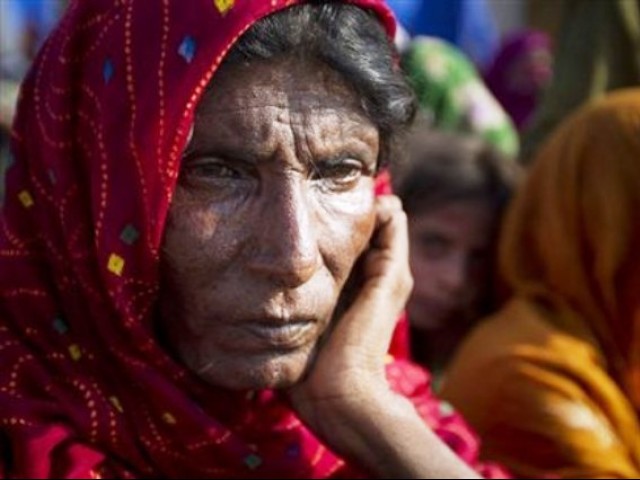 The women in jail had shocking stories to tell.

As I entered Karachi’s Central Jail for Juveniles and Women, I felt surprise. I was expecting to see rows of tall metal bars and darkness – but I realised that the Hollywood concept of jails was nowhere near reality.

The place looked like more like a college hostel. Beds were placed in neat rows and there was a television in each barrack. I was pleased to see that my preconceived notion of jail did not apply here. Despite the jail’s pleasant appearance it was one of the worst days of my life and the visit was a life-changing experience.

A college grad behind bars

I was shy at the beginning, but finally mustered the courage to smile at most of the inmates. I went up to one who had the warmest smile. She was a lady who had an MBA degree from Karachi University and spoke fluent English. Still under trial, she said she had been told that she would probably be acquitted and needed to wait. She has been charged with kidnapping for ransom. According to the woman she had just “driven the get-away car”. She repeated the sentence over and over again, saying that she had done it “for her son.” Kidnapping for ransom is amongst the few charges where bail is not granted.

There were women who had murdered their husbands. One of them grinned sheepishly as she slowly related her story. She had planned the murder with her fiancé and was now in jail while he roamed free. I could see every emotion in those lonely eyes, except for regret. And why should she regret it? Would you ever regret doing something that helped you escape torture? I wouldn’t.

There was a woman there who had fried her husband’s head in a frying pan. It made a lot of us laugh at the time but it definitely gave me something to ponder over.

How desperate and helpless are these women that they resort to something as dreadful as murder? They had no choice left. And now, they had unfair punishments. I could finally understand why there was no hint of remorse on their faces.

Not enough judges to go around

When I spoke to the women, I discovered that most of them were still under trial because there were no judges present to hear their cases. These were women from all sorts of socio-economic backgrounds.

Each story seemed sadder than the next. While at first I had felt like the women were living in relative comfort since the jail was not the stereo-typical torture chamber kind when I imagined living in the jail; every breath, every discussion, every joke in those four walls I changed my mind. It was a terrible feeling.

Murderers have rights too

This country needs good lawyers – who can defend the cases they are fighting instead of seeking out political causes to endorse. When a woman is driven to murder after years of physical and mental torture her lawyer should be able to defend her. We need lawyers who understand human rights, freedom and the terrible realities of life even in the best prison.

Every criminal has a right to be defended by such a lawyer.

An A level student at Nixor College, Karachi who studies law and is interested in world history and politics.

"Firing in Saddar! Turn on the TV!"